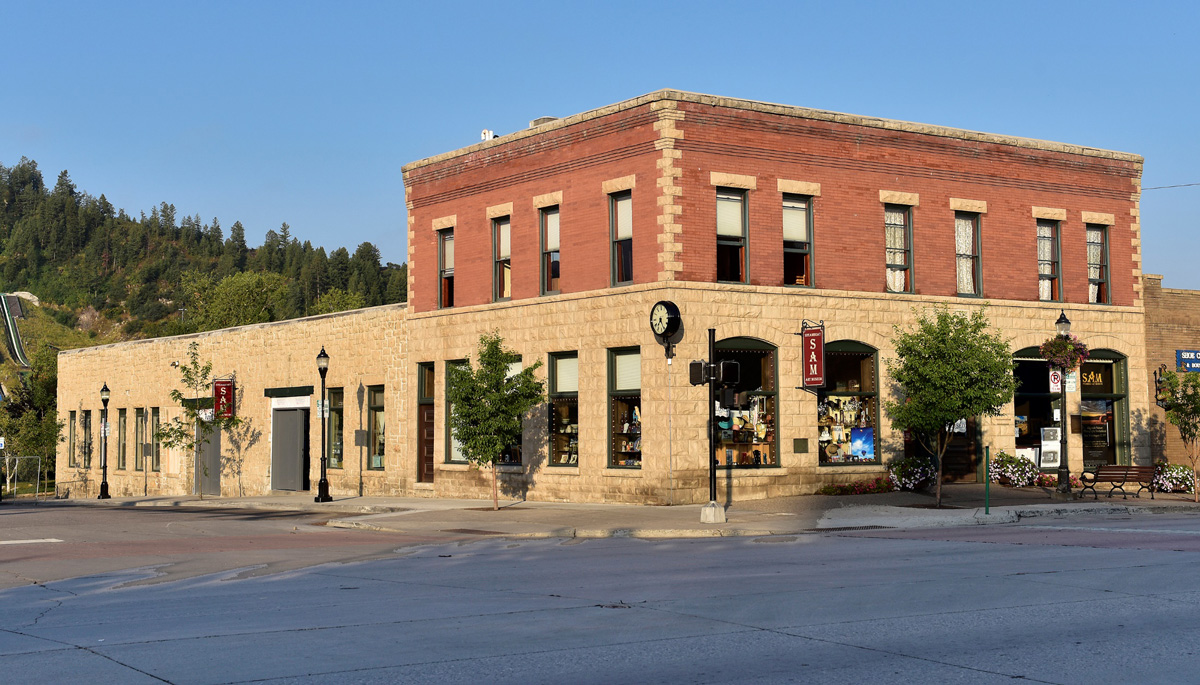 “Contemporary” art gets a bad rap. Visions of haughty, white cube Chelsea galleries. Inaccessible, conceptual, incomprehensible to anyone without a Master of Fine Arts degree.

A banana duct-taped to a wall.

Contemporary art can be that. It can also be Michelangelo. And Rembrandt. And O’Keeffe.

All art, of course, is “contemporary” at its making and much of it, even that which culture worships today – Manet, Van Gogh, Pollock – was ridiculed by commentators of the period. That comes with the territory. Great art routinely challenges viewers. It’s uncomfortable. Ahead of its time.

“Western” art since its inception as a distinct genre of American art in the hands of its two iconic forebearers – C.M. Russell and Fredric Remington – has always preferenced the traditional. Nostalgia seems baked in. Even when Russell and Remington were contemporary artists around the turn of the 20th century, their artworks were often longings for a previous age, just in the rearview mirror for them. The “Old” West, the Wild West, the cattle drive and cowboy West. The Texas Ranger West. The West before barbed wire.

That imagery remains popular for many of today’s contemporary Western artists, as does depicting those scenes in the representational, true to life fashion Russell and Remington did. Another group of Western artists, thankfully, deviate from this historic baseline. They are contemporary in the literal sense, but also in the figurative sense, their artwork taking the genre where its not gone previously.

Spicy, bold, ingenious, defiant, these are the artists breathing fresh, clean air into the genre preventing its stagnation from an overdependence on sentimentality. Even the traditionalists benefit from this.

These artists are the focus of an exhibition at the Steamboat (Colorado) Art Museum opening December 2, “The New West: The Rise of Contemporary Indigenous and Western Art." The presentation chronicles the beginnings of this sub-genre in the 1960s and highlights the artists of today who are moving it forward.

“The idea was to trace the history of where contemporary Western art as distinct from traditional Western art comes from,” guest curator Seth Hopkins, Executive Director of the Booth Western Art Museum, Cartersville, Georgia, said. “Anytime you use the ‘C’ word (contemporary), you have to turn around and define it because it means about five (different) things in art. In this particular case, we're talking about the more modern side of Western art. The things that are a little out there, a little edgy, have some of the ‘isms’ that we studied in art history – modernism, Abstract Expressionism, that kind of stuff.”

Along with Pop Art, Pulp Fiction, popular culture, steampunk, comic books and graphic novels. All of these influences can readily be seen from Western artists working in a contemporary style.

For the multitude of individual directions these artists have chosen to explore, “The New West” makes clear where credit for the origin of this movement belongs.

“The big bang moment is the founding of IAIA (Institute of American Indian Art in Santa Fe) and Fritz Scholder (Luiseño), Allan Hauser (Chiricahua Apache), the instructors and the students in those first couple of classes like Earl Biss (Apsáalooke) and (Dan) Namingha (Hopi Tewa), Kevin Red Star (Apsáalooke), they opened the door for both Indigenous and non-Indigenous artists,” Hopkins said. “Without those guys breaking that new ground, I don't think the Billy Schenk’s and Ed Mell's of the world would have found near as smooth an entree to the markets and acceptance on behalf of collectors.”

Hopkins’ statement is a staggering acknowledgement of Indigenous distinction in an art world still preferencing European traditions, particularly for the Western genre which has always been burdened by Manifest Destiny-era beliefs about the hierarchy of white and Native people.

“Contemporary Indigenous and Western art both began there at the founding of IAIA,” Hopkins reaffirms.

That was 1962. Following the lead of Lloyd Kiva New (Cherokee), a successful fashion designer at the time, IAIA debuted featuring a revolutionary teaching method offering students a freedom of thought and making they’d never enjoyed in an institutional setting previously.

“I think part of that has to do with the missteps that occurred earlier, or the wrong placed ideas that were put out there in terms of what Native American art should and could be,” Hopkins explains. “From the Dorothy Dunn school in the 30s, where Allan Houser studied, where they were taught not to do 3-D modeling, where they were taught to paint very flat, traditional Western art and non-Indians were telling them what Indian art should look like and how it should be, such that when they started IAIA, they swung the pendulum way in the other way.”

From Day 1, the artwork produced by the students at IAIA was radical, unlike anything that had come before it. Students were instructed on painting techniques, but their imaginations were allowed to run wild with what to paint and where to find influence.

“They're seeing the New York guys at that time, and they start emulating them in certain ways,” Hopkins said. “They're using the Abstract Expressionist, Modernist stuff they're seeing out there in the art world going, ‘Well, this must be what we have to do to make a living and get traction from collectors and galleries and so on.’”

Those influences were fused with their Native heritage, the result, the foundations of “Contemporary” Western art.

“Students were invited not only to look at what was going on in the modern contemporary art world, but also to look at each other's cultural backgrounds and use these influences and create their own personal works,” Chief Curator at IAIA Museum of Contemporary Native Art Manuela Well-Off-Man told “Essential West” for a previous story. “Students (didn’t simply copy) modernism, they made it their own. That was unique at the time. People might not understand that because we are all so used to seeing abstraction when we go to museums, but at that time, it was revolutionary because before IAIA was founded, Native students were basically told what they were supposed to create.”

Most of the selected living artists will provide multiple works of art for sale to the public throughout the exhibition which runs to April 15, 2023.

Western art will always be grounded in its traditions and “Old Masters” – Russell, Remington, Dixon, the Taos Founders, Moran, Bierstadt – but for the genre to avoid becoming an anachronism, the visual equivalent of Dixieland music, it must perpetually evolve. It must support a Contemporary side.

Stylistic diversity is imperative to sustainability.

Contemporary or traditional? Fortunately for admirers of Western art, there are plenty of wonderful options in either direction – or both.