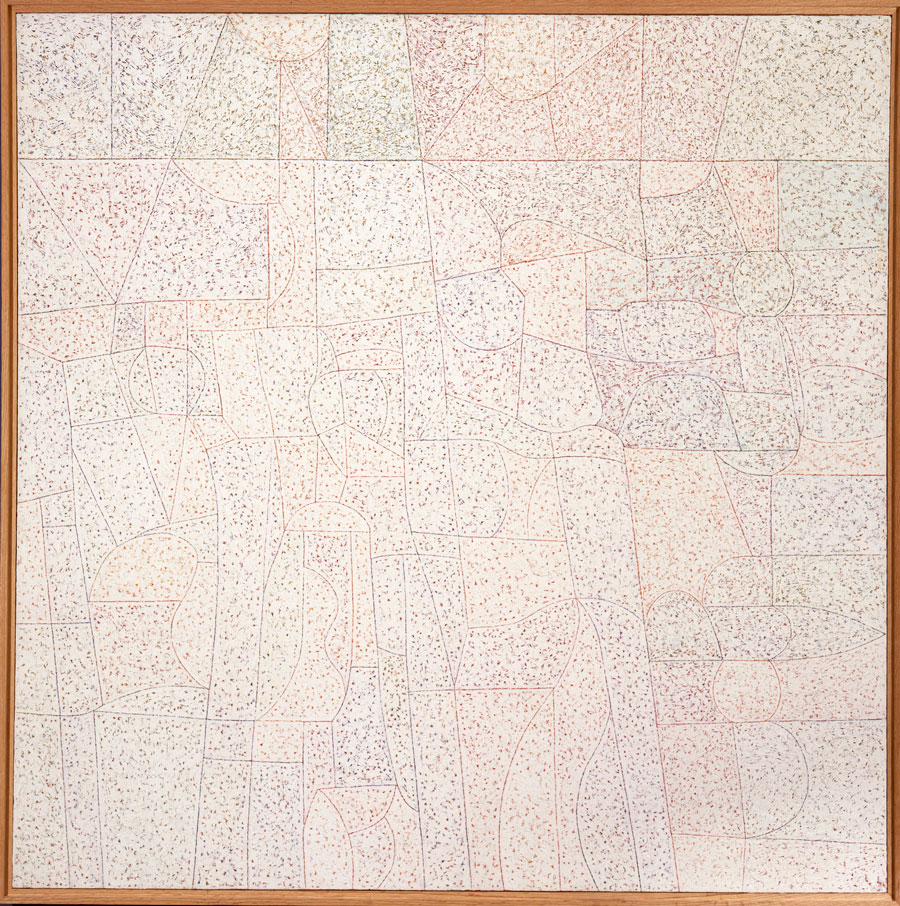 Native Americans were producing Modern art prior to the Institute of American Indian Art opening in 1962. Leon Polk Smith (Cherokee) and George Morrison (Chippewa) were both living, working and exhibiting alongside the Abstract Expressionists in New York in the 1940s.

Examples, however, are few and far between.

IAIA represented the Big Bang of Native Modern art. The first generation of students and instructors through the 1960s and 70s departed from traditional aesthetics to boldly experiment with new themes. They challenged stereotypical expectations of Indian art.

An exhibition organized by IAIA’s Museum of Contemporary Native Arts highlights this thrilling era, the first major presentation of works from its permanent collection interpreted through an historical context, analyzing modern Native American art inspired by Abstract Expressionism, Color Field and Hard-edge painting. After debuting at IAIA MoCNA in Santa Fe, the exhibition, “Action/Abstraction Redefined,” can now be seen at the Colorado Springs Fine Arts Center through January 7, 2023.

It boggles the mind to consider how these “kids” successfully adapted their Indigenous backgrounds to the most cutting-edge currents in contemporary art with little to no previous exposure to it, in a completely untested setting, and did so with zero learning curve. They hit the ground running, creating a lasting movement of Native Modern art almost out of thin air.

How was this possible?

“Not only did (IAIA) have really strong teachers, established artists, but also a revolutionary art education method where students were invited not only to look at what was going on in the modern contemporary art world, but also to look at each other's cultural backgrounds and use these influences and create their own personal works,” exhibition curator and Chief Curator at IAIA MoCNA Manuela Well-Off-Man explained. “Students (didn’t simply copy) modernism, they made it their own. That was unique at the time. People might not understand that because we are all so used to seeing abstraction when we go to museums, but at that time, it was revolutionary because before IAIA was founded, Native students were basically told what they were supposed to create.”

Prior to IAIA, non-Native instructors with less of an open mind about Indigenous creativity shaped the genre through rigid instruction. The most prominent of these being Dorothy Dunn. Early IAIA instructors including Fritz Scholder (Luiseño), Charles Loloma (Hopi) and Allan Houser (Chiricahua Apache) encouraged students to ignore these barriers as they themselves had been doing. 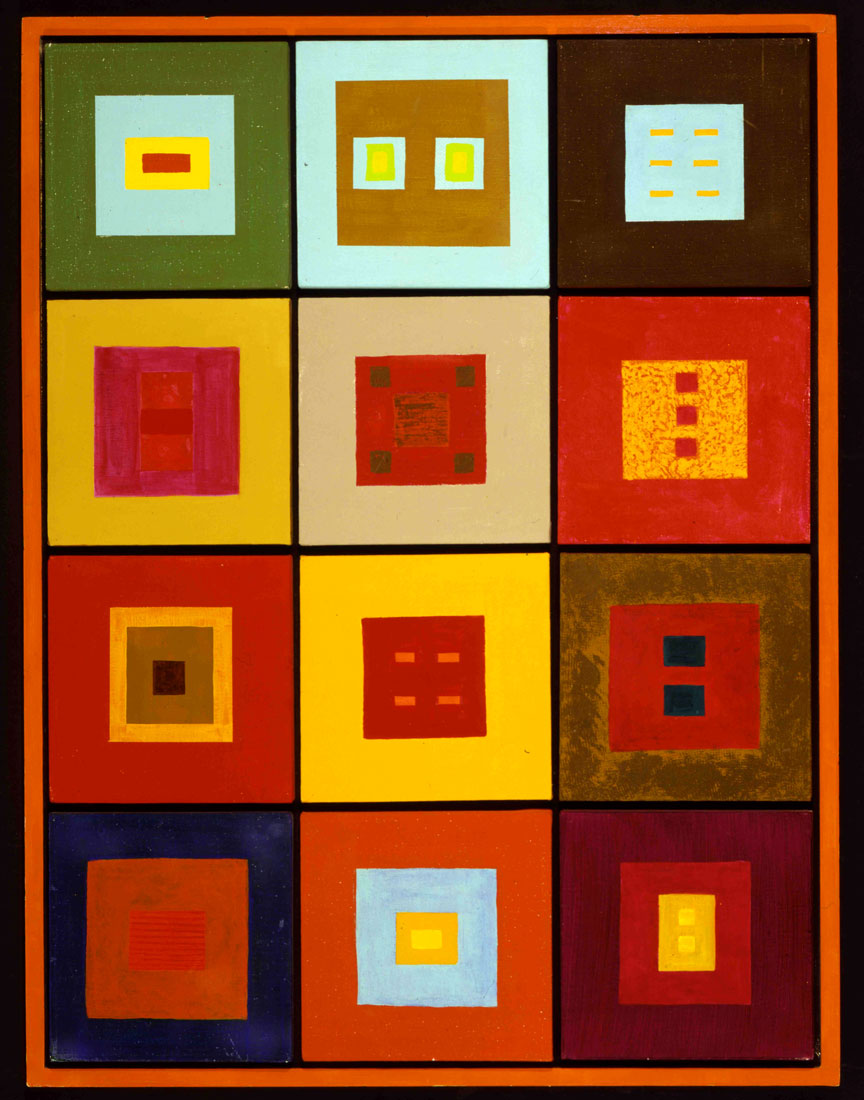 In 1961, at the peak of his career as a fashion designer, New redirected his life toward his other passion, art education, accepting a position as Art Director at IAIA.

“Lloyd Kiva New’s idea of teaching – his teaching philosophy – really helped free these young artists from these expectations and invited them to experiment and that was very new at the time,” Well-Off-Man said.

If there’s a “father” of IAIA, it’s New. He would be appointed director in 1967 and serve in that capacity until his retirement in 1978.

Those words repeat when listening to first generation IAIA students recall their experiences.

“During my time, it was almost as freeform,” Dan Namingha (Tewa-Hopi) said of the early days at IAIA. “The students were allowed to create whatever they wanted. What (New) wanted were students to feel free taking their traditional background into another place with a contemporary context. We were free to do that.”

Students learned by doing. The were permitted to find their own way. Teachers took a light touch.

“What I keep hearing from early students is there was this warm atmosphere almost like a family away from home and here they could focus on their passion for art whereas at home they were exposed to all kinds of challenges, economic challenges, sometimes dysfunctional families, so they were not really free to do what they're passionate about,” Well-Off-Man said. “That's something IAIA clearly provided. Artists who started their careers here at IAIA during the 1960s and 70s, they all talk about that family-like 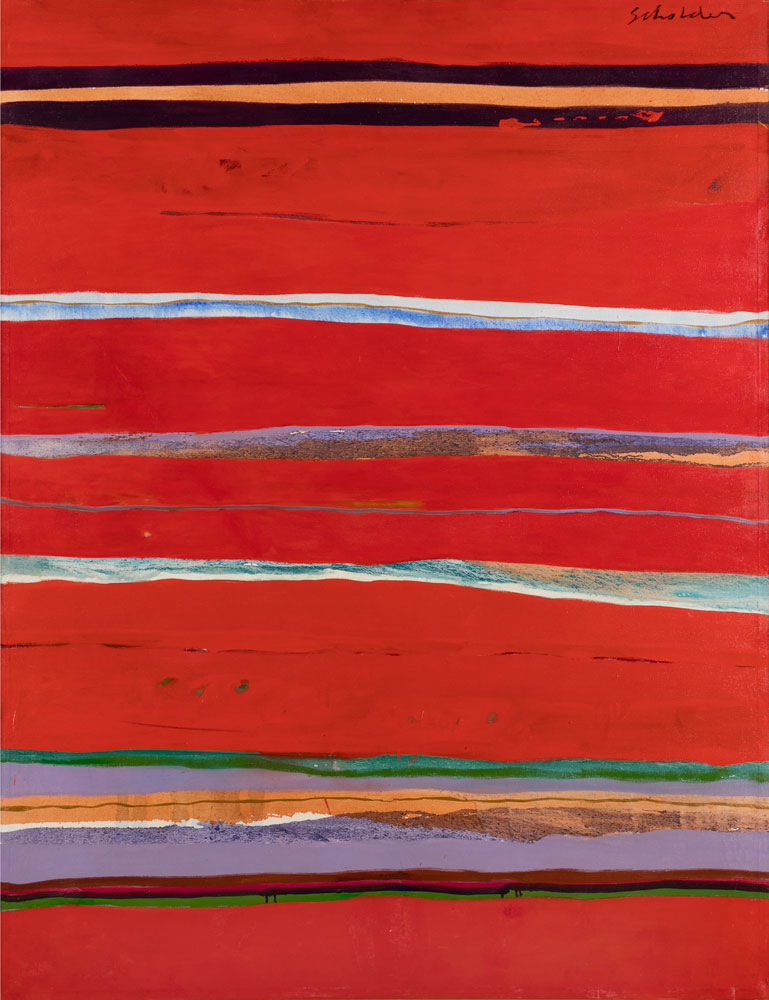 One critical antecedent to IAIA is worth noting: the Southwest Indian Art Project. Operated for three summers between 1960 and 1963 at the University of Arizona in Tucson, SWIAP was funded by the Rockefeller Foundation and featured an experimental art curriculum for invited Native students from around the country based on New’s philosophies and those of other progressive educators.

“A curriculum that accepted who they were, believed in how each of them could grow as a modern Indian person, and cultivated their talents through hands-off instruction and promotion of experimental techniques,” as Ryan S. Flahive writes in the “Action/Abstraction Redefined” exhibition catalogue.

The effort came not a moment too soon.

Native American art was in decline in the 1950s. The Rockefeller Foundation and leaders across Indian Country recognized this. A century of warfare against the U.S. government, Indian Boarding schools, forced assimilation, attempted cultural and literal genocide had taken its toll on Native people.

Further exacerbating the loss of Native artistic traditions at this time was the government’s Indian relocation efforts begun in the 50s. This was a federal program which paid Native people to leave the reservation for the “promise” of prosperity in cities. Tens of thousands left reservations for San Francisco, Minneapolis, Denver, Cleveland, Phoenix and other urban areas, further distancing themselves from their heritage.

“These leaders understood something had to be done because after so many years of assimilation, forcing people off the reservation into big cities so that they would become part of white American societies, they saw the consequences that there was a decline in art and culture, people not able to speak their own Native language anymore, removed from traditions, and that also had an effect on (Native) families and communities,” Well-Off-Man said. “They understood something had to be done and they understood the importance of art and culture (toward doing it).”

The test project was a success and “laid the theoretical foundation for IAIA” in Flahive’s words.

And IAIA, at some level – this first generation – either directly or indirectly, has laid the foundation for the astonishing achievements being realized by today’s contemporary Indigenous artists. From Cara Romero (Chemehuevi) to Jeffrey Gibson (Mississippi Choctaw-Cherokee), Patricia Michaels (Taos Pueblo), Rose B. Simpson (Pueblo of Santa Clara), Virgil Ortiz (Cochiti Pueblo), Tony Abeyta (Navajo), Preston Singletary (Tlingit), the Indian artists now breaking ground in every direction trace back to their forebearers spotlighted in “Action/Abstraction Redefined.” 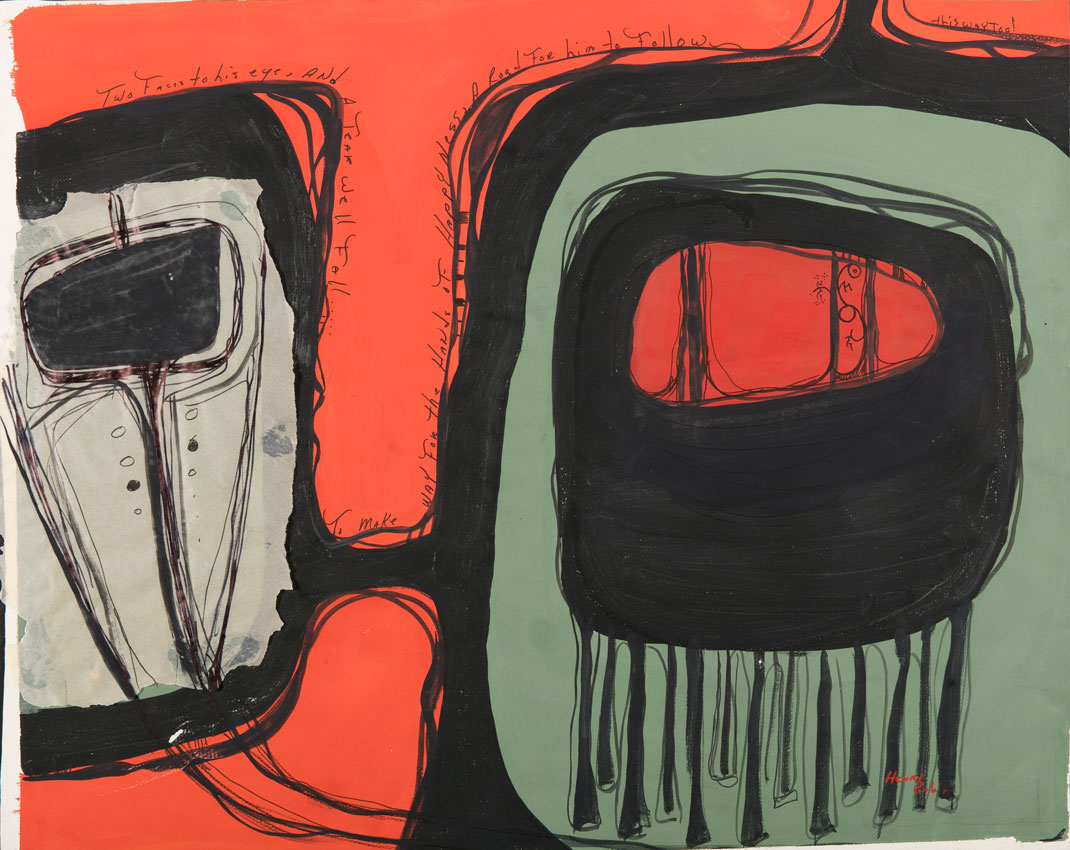