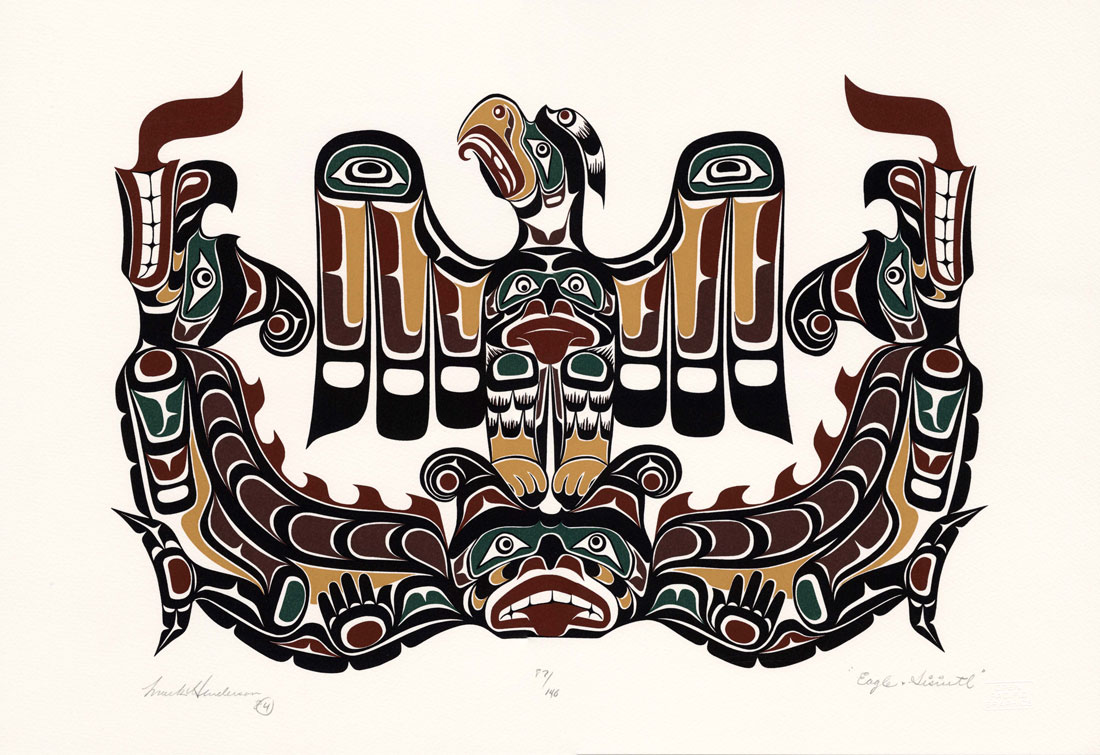 Eric Singleton must have been living right. In the midst of preparing an exhibition highlighting art of the Northwest Coast, the Curator of Ethnology at The National Cowboy and Western Heritage Museum in Oklahoma City received a phone call out of the blue that would change the exhibition, and the museum.

“A gentleman by the name of Nathan Walker, who's a biology professor at Oklahoma State University, said, ‘would you guys be interested in a donation; my dad's downsizing?’” Singleton remembers. “He sent me an email with the images and it was 160 items from Alaska and Northwest Coast and included a totem pole, multiple masks, spoons, bentwood boxes, baskets. It was extensive. It was wonderful and it was just stunningly fortuitous.”

The Cowboy Museum took possession of Richard Walker’s collection amassed over thirty years early in 2022; its “Art of the Northwest Coast” exhibition opened August 27. Presentations of this magnitude are typically labored over for years. The object list, the gallery layout, the wall text and colors, essays contextualizing the items and their significance. Singleton acted fast, adjusting almost everything about the show other than the name to incorporate the new trove of material which would vastly improve what was initially imagined as a painting show centered upon the Cowboy’s serigraph collection.

Serendipity wasn’t through with Singleton.

“I happened to be in touch with another collector – a friend of mine – and I walked into his house because I was there to look at some ceramics and I look over and he's got six Preston Singletary’s sitting there,” Singleton recalls. “Can I borrow those? We incorporated three pieces of Preston’s work into the show as well.”

Singletary (Tlingit) currently has a breathtaking exhibition of his glasswork on view at the National Museum of the American Indian in Washington, D.C. He is on any very short list of the most important Native American contemporary artists and arguably the most important glass artist working today from any background.

A display at first limited to two-dimensions in one format rapidly expanded to three dimensions, numerous formats, covering a broad sweep of history through the present day. A good, if limited, exhibition, became groundbreaking. Particularly for the Cowboy Museum which hadn’t displayed any of its art from the Northwest Coast previously. A Museum firmly entrenched in the “Plains” narrative of Western art and Western history from its name to its location to the centerpiece of its collection, James Earle Fraser’s monumental End of the Trail sculpture with a stooped Plains Indian on horseback.

Why was it important to Singleton to expand the Cowboy’s vision beyond the narrow Plains conception of “the West?” 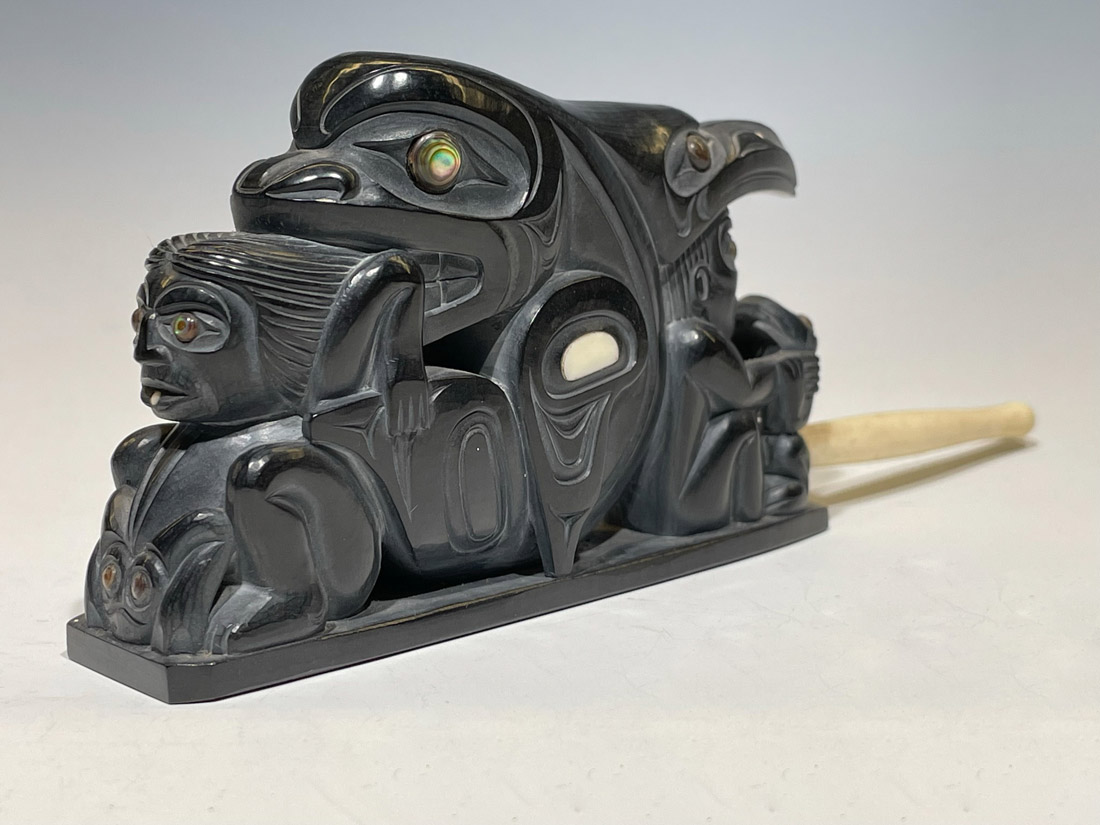 “Because it's a false narrative,” he said. “It's a mythology, not a reality. The Lakota only had the horse for 100 years. They didn't get the horse until 1790. These misunderstandings brought to you by John Wayne and John Ford created a mythology which I would argue is almost the American equivalent of the samurai in Japan or medieval knights in Europe. It’s this persona that kind of defines it, but it's also shrouded in so much myth.”

A true understanding of Western history and Western art expands beyond “cowboys and Indians,” gunfights and cattle drives, Texas and Arizona, the Alamo and O.K. Corral, despite popular culture’s overwhelming focus on those subjects to the exclusion of all others. Same goes for Native people. Ask the average American about the country’s Indigenous people west of the Mississippi River and an image akin to something from “Dances with Wolves” likely comes to mind.

“These nomadic peoples moving on the Plains on horse is such a small part of the 40,000-year history that is Native America,” Singleton said. “It's not even a blip on the map.”

Expanding that historical understanding is taking place throughout the Museum. A full-size Seminole outfit from 1830 has recently been put on display in the Cowboy’s permanent gallery of the American West.

“The reason we do that is because we're sitting on Seminole land,” Singleton explains. “Most people don't know that the original allotments from the 1830s is the Muscogee, Seminole, Chickasaw, Choctaw and Cherokee, but they span the entirety of what is today the state of Oklahoma. I can't tell you how many people don't know that we're sitting on original Seminole land and Muscogee land and when Washington Irving comes here, he's talking about the diversity, he's talking about the Delaware, the Osage, the Muskogee, it's diverse even before the traditional Plains groups are here.”

The same diversity was prevalent across the West. When “Art of the Northwest Coast” closes on May 1, 2023, Singleton will begin placing objects from the newly acquired collection throughout the permanent galleries to reinforce this fundamental fact.

“I'm going to incorporate the totem pole, we’ve got a sun mask… spoons, Potlatch bowls, the bentwood boxes, this will all be permanently on display,” Singleton said. “It's going to be in context with our Southeastern, our Plains and our Southwestern collections. It's going to help me show immediately the diversity of the West; we put a bentwood box right next to a parfleche bag, just immediately letting the objects highlight their own diversity.”

Adding this critical Northwestern piece to the Western puzzle had previously been impossible for Singleton, “it was on my ‘to-do’ list, (but there were) big holes in our collection until Richard Walker shows up and, in one fell swoop, eliminates that; he filled every gap in one moment.”

The Cowboy Museum will always be synonymous with cowboys and the Plains, but that doesn’t mean it needs to be limited to that storytelling.

“We have such an amazing Native art collection,” Singleton reminds. “I think it stands out in (visitors’) minds when they come here and they see Northwest Coast, this giant, beautiful show. I think it makes a significant impact on our visitors, it's outside of their norm.”

A “norm” being challenged in favor of a more complete understanding of “the West.” 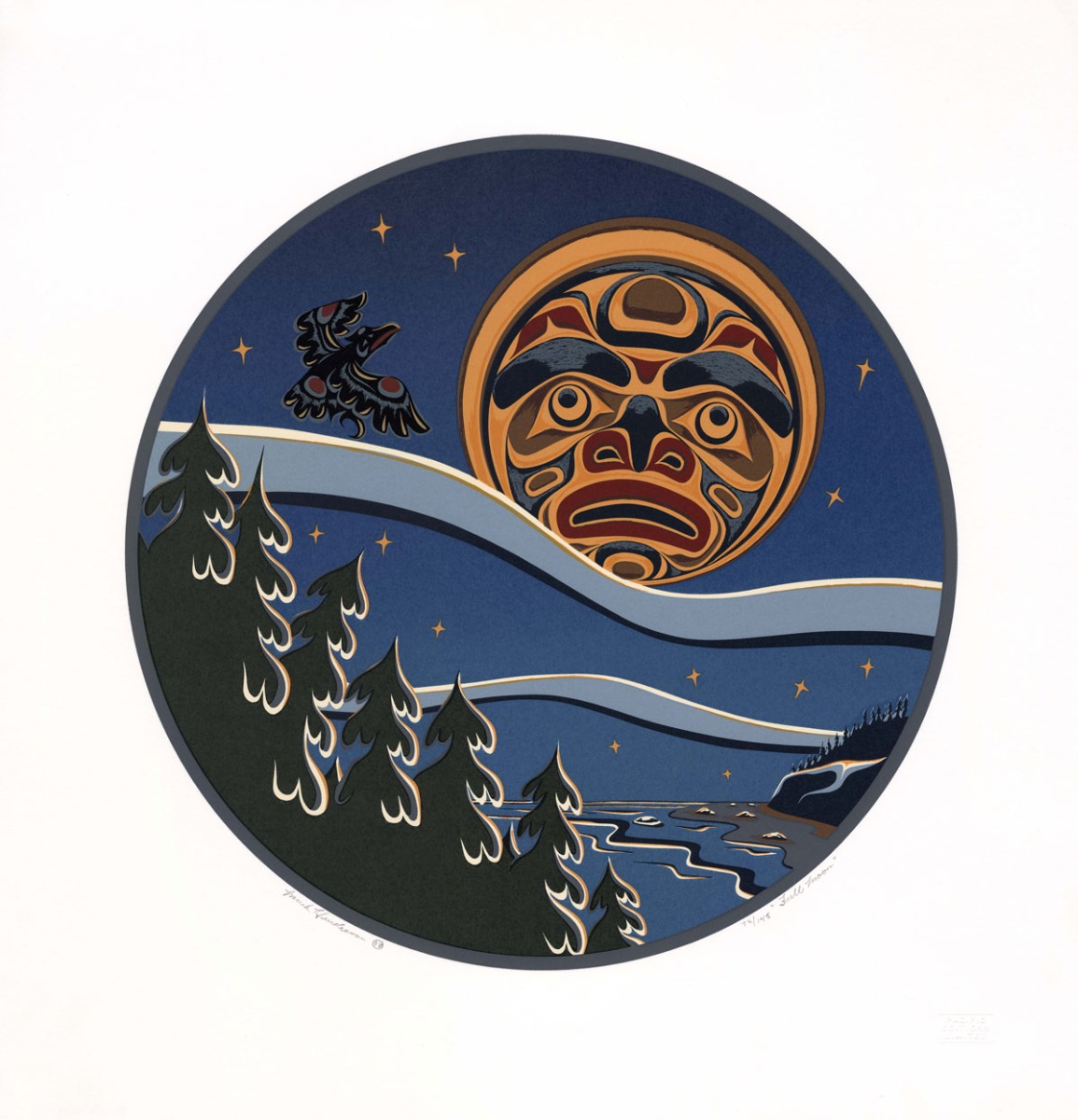