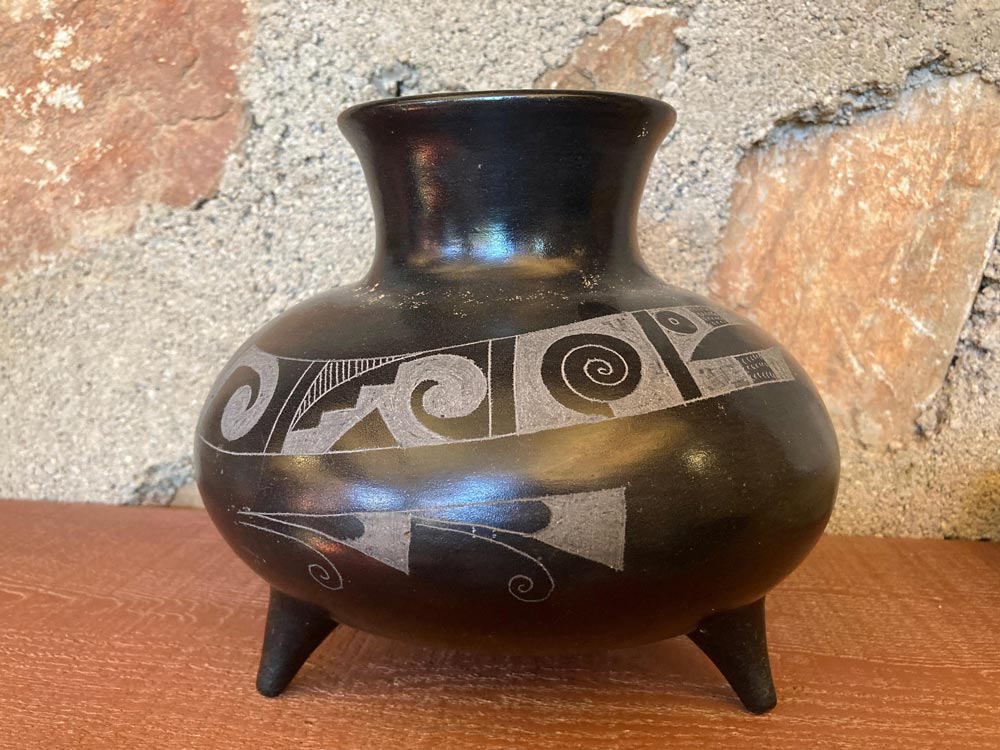 I last visited Taliesin West in 2010. I met my future wife the month previous. I was still a decade removed from changing careers to enter arts writing. I was comfortably short of 40.

On that trip to architect Frank Lloyd Wright’s winter home in Scottsdale, AZ I was most taken by the desert surroundings. The McDowell Mountains which backdrop the property. Stately saguaro cactus which I’d never seen before. This was my first time in Arizona. Spiney cholla. Chubby barrel cactus. The wacky palo verde tree – a tree with smooth green bark like the Incredible Hulk’s skin!

All of the tans and ochres and reds. That sun. The light.

Born and raised like Wright in green and watery Wisconsin with its dreary, frigid Midwestern winters, that December sojourn to the warm and gleaming Sonora Desert captivated me. Desert beauty is subtle, but for those of us able to see it, the wonders equal any peak or coastline.

I made my second trip to Taliesin West earlier this month, a much different person than the one who visited 12 years before. I still marveled at the landscape, but it was something inside the house which most enthralled me this time: Wright’s collection of Indigenous Southwestern pottery. 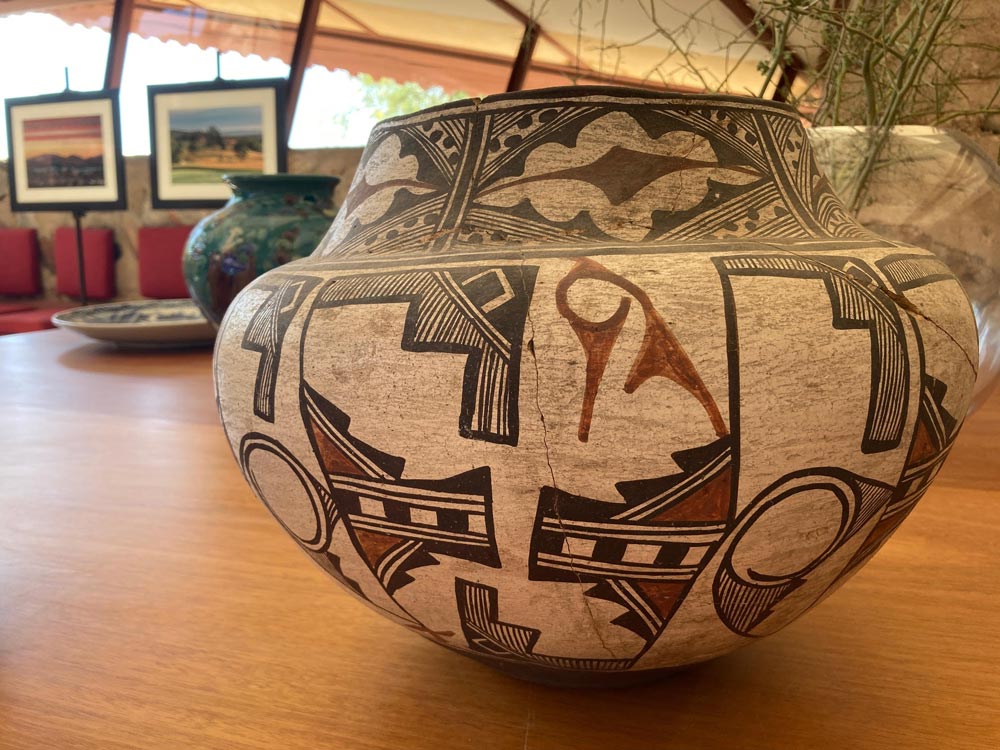 Just past a handful of years into my fascination with art, my interest in Native pottery is an even more recent development. Prior to a Santa Fe trip this past spring where the focus was Indigenous arts with an emphasis on pottery, I didn’t know Acoma from abracadabra. I had heard the name Maria Martinez and seen her black pots, but calling my knowledge of the artform rank amateurish would be an insult to rank amateurs everywhere.

Enlightened to the artistry, artists and cultural significance of Southwestern pottery, I have found yet another avenue of the art world I’m eager to explore.

Which brings me back to Taliesin West and the gorgeous pot sitting on Wright’s desk along with blueprints for the Guggenheim Museum which he designed, his sketch for a WILD new Arizona state capital building – his offer was declined by the state – and other personal effects. This was Wright’s office where he often first met visitors to the home.

There was more pottery in his living room. Lots of it. It would be inaccurate to say Southwestern pottery filled the home, at the same time, Wright’s attraction to it clearly went beyond passing. He was a collector.

Sadly, no information exists with the Frank Lloyd Wright Foundation or the on-site team at Taliesin West regarding the pots, when, where or from who he acquired them. Surprising considering Wright was a very famous man by the time he was wintering in Arizona. He had numerous people around him almost constantly. Dozens of books and documentaries have been produced detailing his life and thoughts. Yet none of them – nor did he – find this collecting habit interesting enough to even record casually.

What we can reason is why he collected. Wright was an aesthete, obviously. 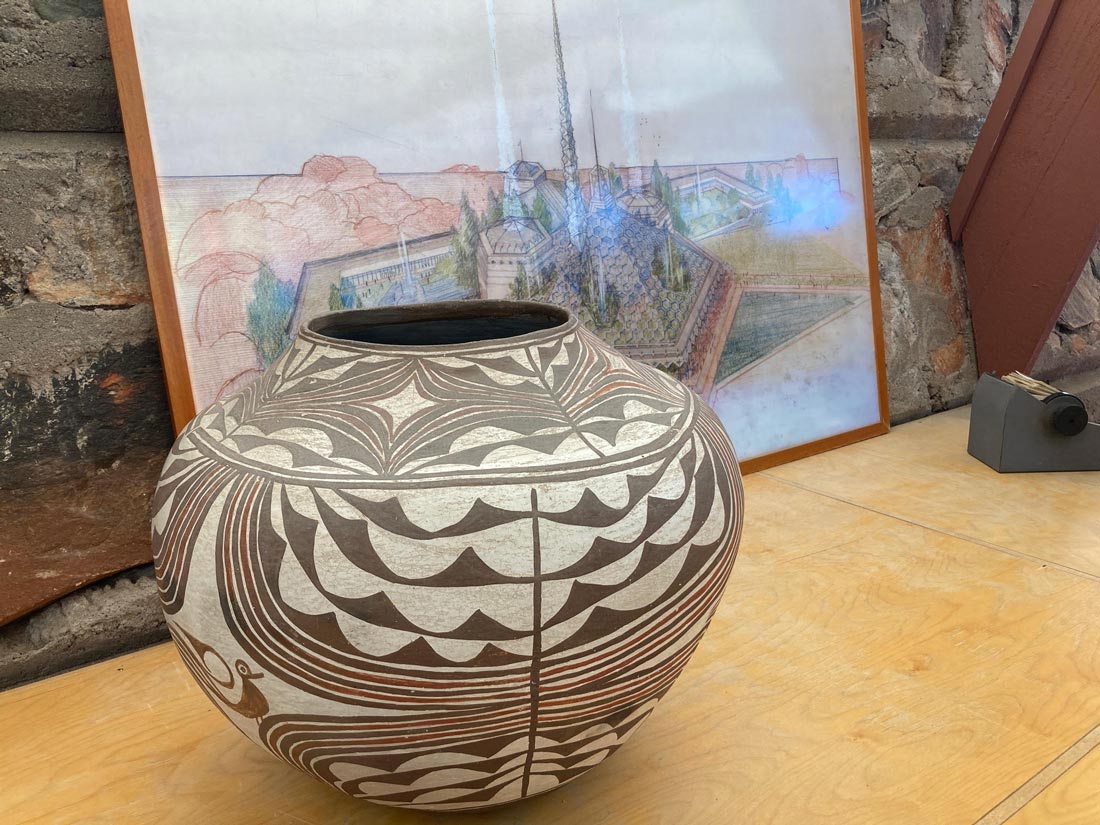 He was fascinated by form and design and nature and creative imagination, all of which are present in Southwestern pottery. I can imagine the lines fascinating him. Both the lines on the pottery and the lines of the pottery. Decoratively, the colors perfectly matched the home.

Wright began wintering at Taliesin West in 1937 and would continue doing so until his death in 1959. He drove down and back from Wisconsin. Regardless of his specific route, he would have gone through New Mexico on his way into Scottsdale and back and past numerous Indian reservations well known for their pottery production. Did he stop for lunch and a pot at Acoma, Laguna or Zuni? Did he daytrip from Taliesin West to Hopi or the Navajo Nation in Arizona? Did he meet Native American potters selling their handiwork around town? It’s difficult imagining he didn’t.

Two experts I asked about the origin of the pottery at Taliesin West, including Medicine Man Gallery founder and owner Mark Sublette, agreed there were a combination of Hopi, Zuni and Mexican pots on view.

People change, and as they do, the places they visit change – to them. When I first visited Taliesin West, I saw a remarkable home on a beautiful piece of land. Twelve years later, I also see Southwestern pottery, the world’s greatest architect bringing Native American art into his home, a conspicuous acknowledgement from Wright that Indian art belonged prominently featured inside perhaps his greatest artwork.

Game recognizing game and a prominent example of how Southwestern pottery stands shoulder to shoulder with the greatest artwork ever created. 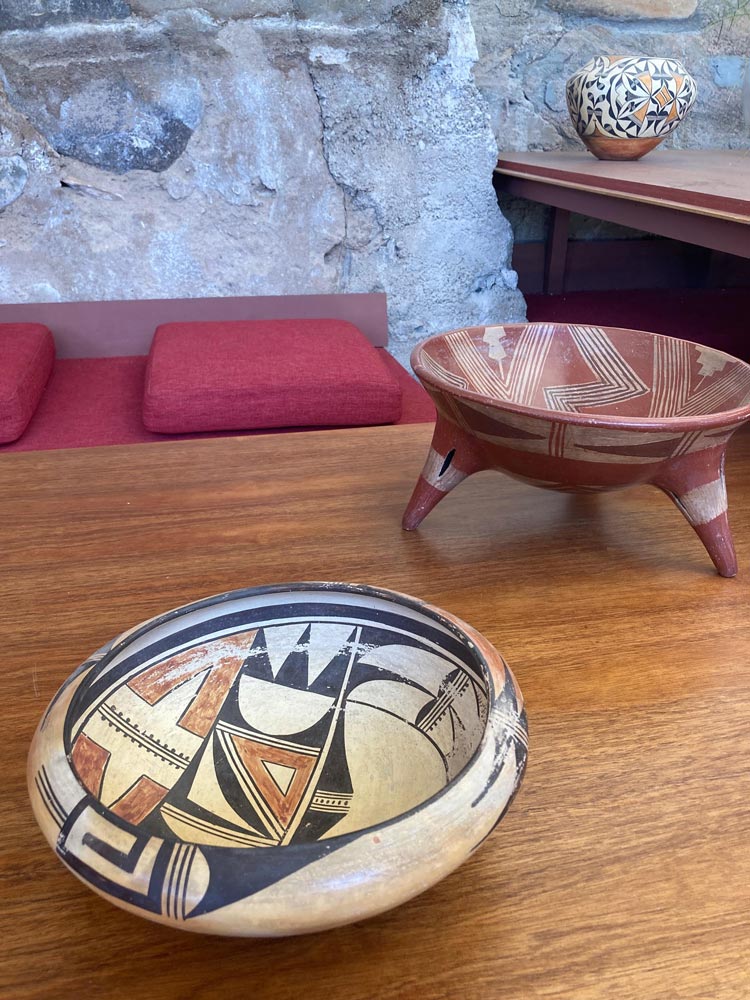