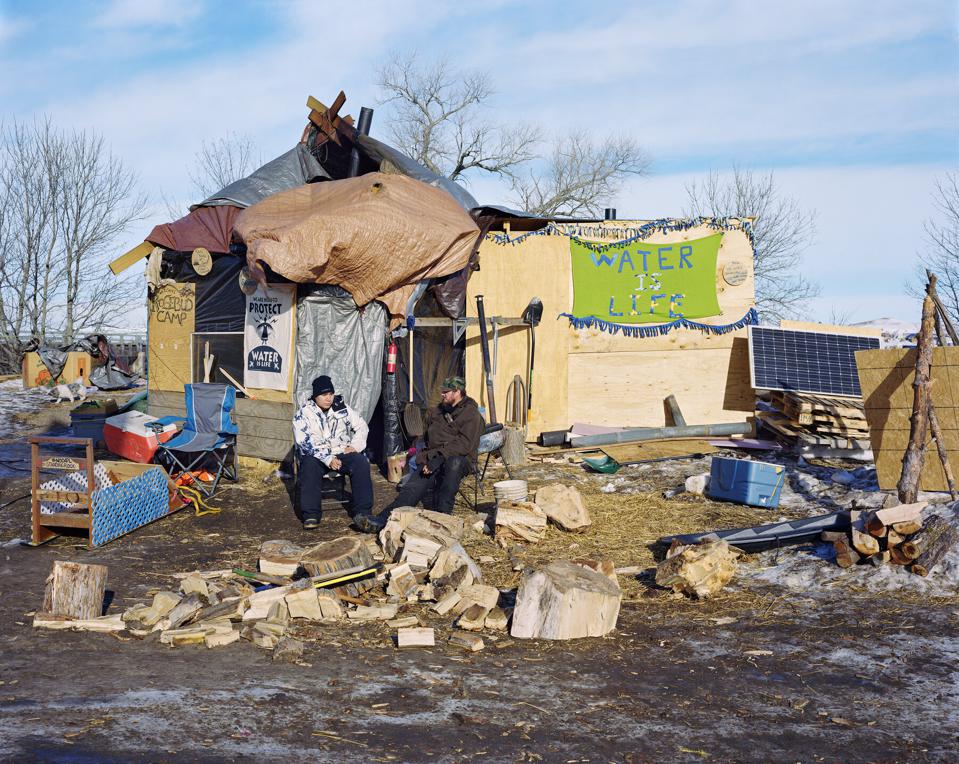 Being there makes all the difference.

Not only being there, going back. Spending enough time in a place to understand it. Understand its people. Talking to them–yes–but more importantly, listening.

Mitch Epstein has crisscrossed the country from his home in New York City, placing himself in resistance movements well- and little-known from Standing Rock, North Dakota to Huntingdon County, Pennsylvania and the southwestern Borderlands. He’s been to paradise, figuratively–Hawaii–and literally–Paradise, California.

What he saw and what he experienced goes on view in an exhibition of mural-sized photographs at the Amon Carter Museum of American Art in Ft. Worth, Texas from December 22 to February 28, 2021.

“Mitch Epstein: Property Rights” documents many of the most contentious sites in recent American history, capturing environments of protest, discord and unity. Produced between 2017 and 2019, the 21 works in the Carter’s exhibition contrast the majesty of America’s natural landscape with its fraught history of claimed ownership, prompting pressing yet enduring questions of power, individualism and equity.

“Over the last four years my view of America has been somewhat dimmed, but spending time and embedding myself in resistance actions where people were fighting for rights that they believed in–human rights, property rights–it was an uplifting experience in some ways, it was hopeful within a historical period that I feel as been very challenging,” Epstein told Essential West. 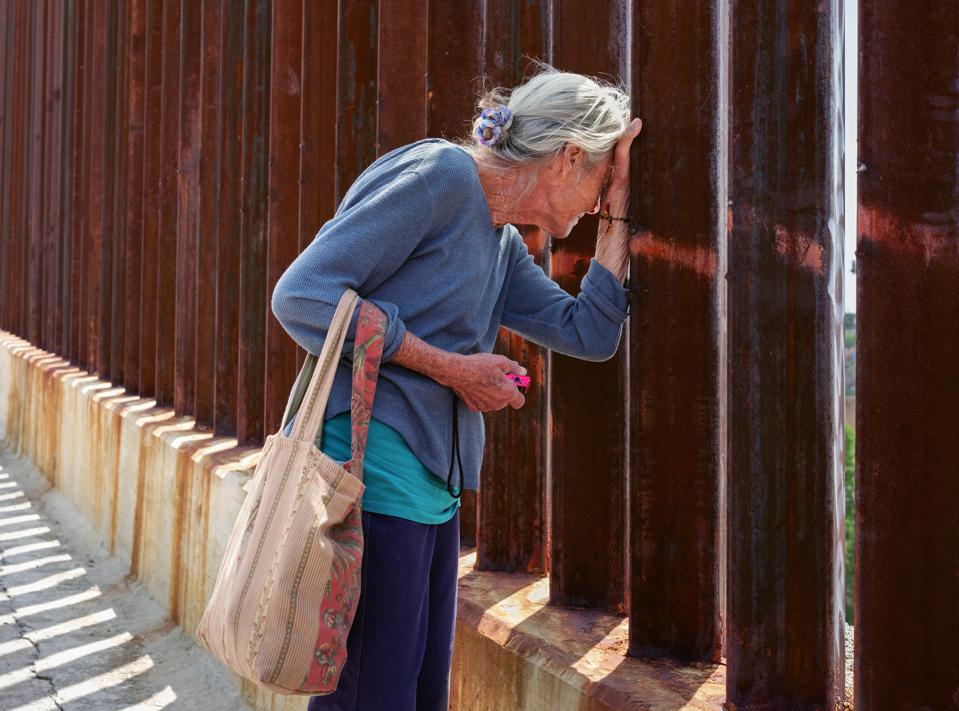 The project began as a single visit to Standing Rock following the 2017 revival of the Dakota Access Pipeline.

“Sitting down with matriarchal elders, Regina Brave and Dorothy Roland Sun Bear, in their teepees and tents and listening–in a way–to their stories, but really, to their plight, that helped me to understand better what was at stake,” Epstein said.

Epstein learned about broken treaties. A long, tormented history with the federal government. He learned about the Lakota Nation and its fundamental belief in land stewardship.

That visit became the basis for his sweeping exploration of land rights in America—examining who is entitled to it and at what cost.

Standing Rock led the artist to seek out similar pipeline protests in Huntingdon County, where “Tree-Sits” were mobilized to oppose Energy Transfer’s construction. Over the next two years, Epstein used his camera to chart a network of contested land in America that manifested clashes over immigration at the Texas border, capitalist expansion in Arizona’s Ironwood Forest and environmental degradation in Paradise, CA.

Together, the series highlights the interconnectivity of seemingly disparate sites of American conflict, all of which weigh the right to private property against the value of public access and preservation

“What’s important for me about this work is I’ve put myself out there in these places of conflict at a time where we are living through a cultural volatility and instability,” Epstein said. “Listening well and being open to my own lack of understanding and, in some cases, even naivete, set me on a path to learn more and part of that meant putting myself in places that I hadn’t been before, and that’s sort of my process.”

Epstein didn’t shoot and run. He’s been to Pennsylvania a dozen times in two years. He made three trips to Ironwood Forrest over the course of a year, encountering a technical issue and bad weather before getting a picture he considered a “keeper.”

“I’m making my pictures as an artist, I’m doing it from a respectful position, but they’re my pictures,” Epstein said. “I can’t say my pictures are speaking for somebody else, but I’m certainly sympathetic to the positions that people have taken; it’s been very important to bring those voices.”

The most recent photos in the exhibit come from late 2019, Epstein working almost right up until Coronavirus shut down travel.

“COVID encouraged me to slow up, to really spend time with the work and think about how I could link all these stories together,” he said.

The artist eventually discovered the connections he was looking for.

“Between Standing Rock and Lancaster (Pennsylvania)–Lancaster was a middle class, churchgoing community that took a stand against the eminent domain takeover of their land for reasons that had to do with the environment and motivated by faith–it was similar for the disenfranchised Lakota community and the tribal coalition that was at Standing Rock,” Epstein said. “I was seeing the same concerns and same ways of thinking in different parts of the country, the concerns were about both land rights and human rights which in some ways overlap, and a struggle to shift the balance of power where corporations and government didn’t collectively have the upper hand when it came to the rights of individuals.” 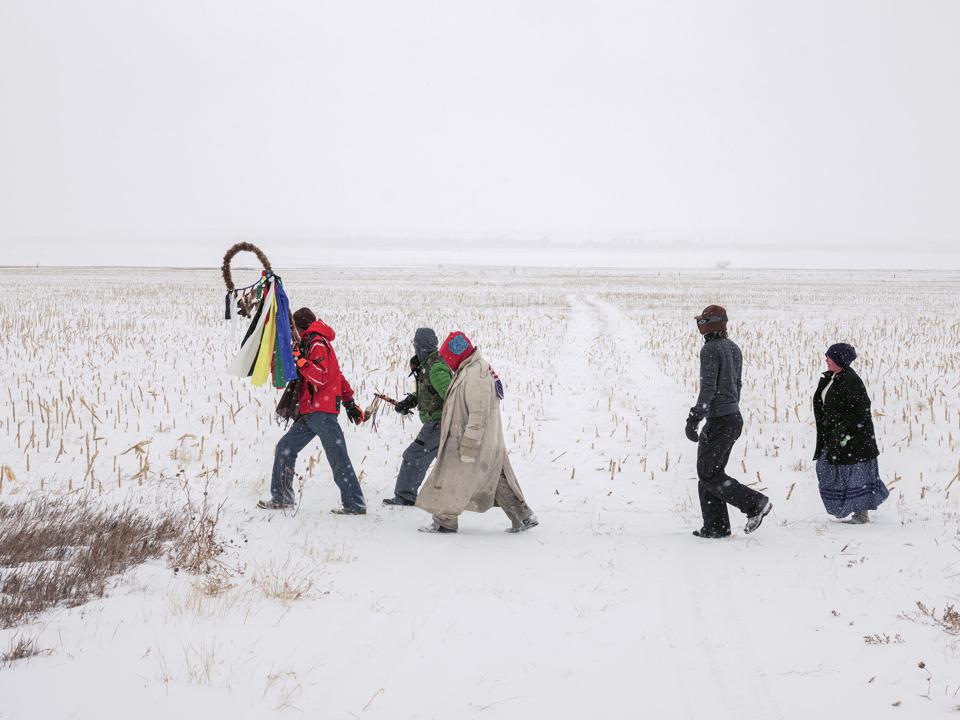 Epstein’s pictures will make a dramatically greater impact when viewed in person at the Carter as opposed to reproduced online. Their gigantic scale envelopes guests. Most works in the exhibit are roughly 6-by-8-feet horizontally aligned, or 8-by-6 vertically.

He considers the substantial loss of detail and depth–not only literal depth of field, but depth of meaning–from altering the museum photographs to tiny reproductions meant for computer and phone screens “painful.”

Epstein fell in love with photography experienced in person, not virtually.

“Seeing photographs on the wall in the same way I looked at paintings,” he remembers, wanting those photographs, “to get under my skin, to be unnerved, delighted, to spend time to read them, to let them do their thing in the ways they can.”

He has achieved that with this project, not only for guests, but himself.

“This is very much a transformative project for me and one that has left me feeling more hopeful than pessimistic,” Epstein said. “Those who are historically most disenfranchised in this country stepped up and were willing to put their lives on the line for the rights that they believe in.”