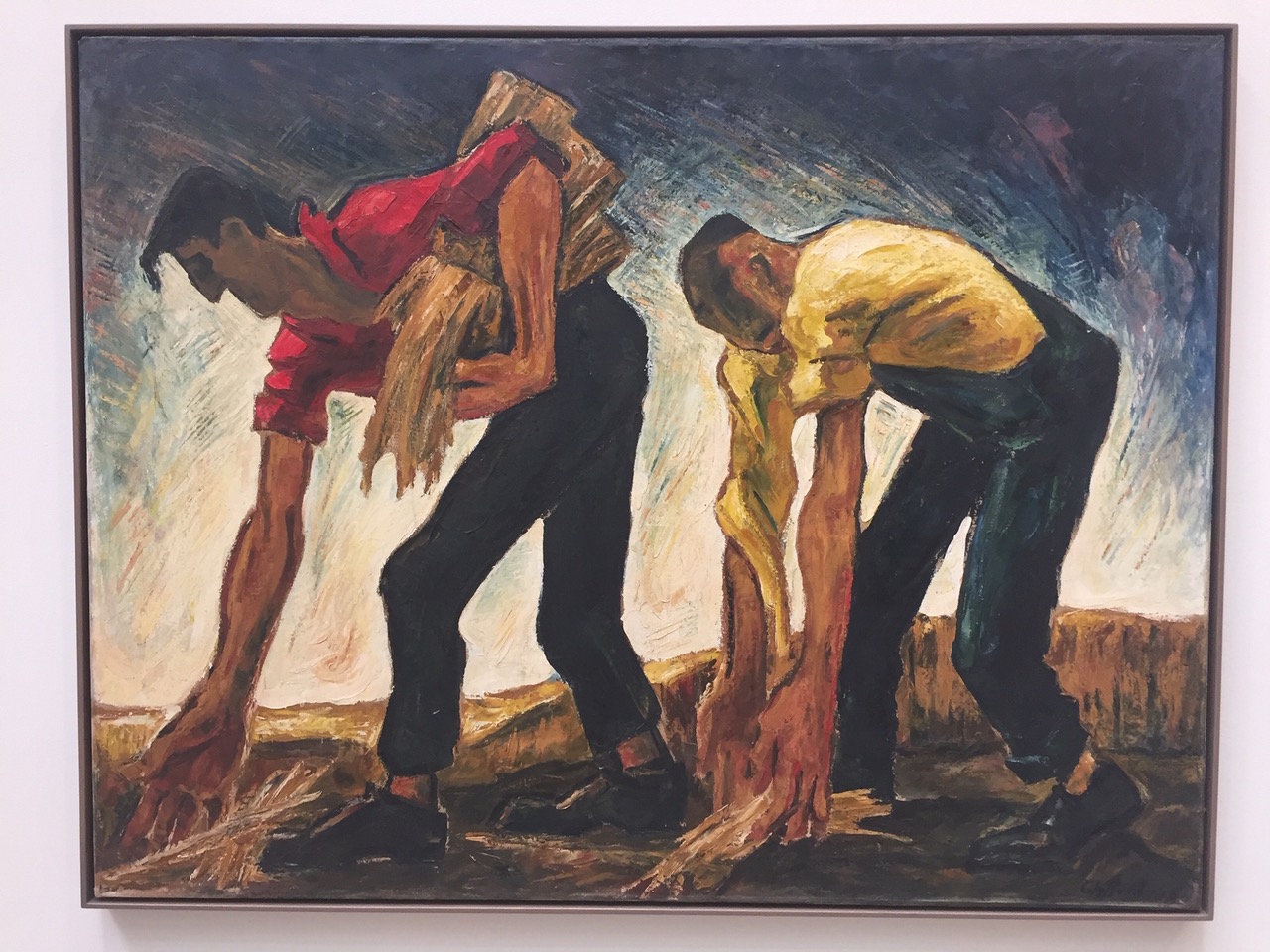 Large, sunlit rooms welcome scant visitors, all of whom are required to purchase timed entry tickets. Spacious, sparse galleries are limited to a handful of guests at any one time.

Still’s artwork, as well, seems perfectly suited for the pandemic. Iconic examples of his massive abstract paintings from the 1940s and 50s invite responses of calm and hope from visitors with a world full of tragedies raging just outside.

Still became one of the most well-known Abstract Expressionist painters in the post-war era thanks to these enormous paintings which feature surprisingly heavily worked surfaces. Close inspection makes it obvious that Still painted (with palette knife), scraped, painted over, imagined and reimagined these images time and again. 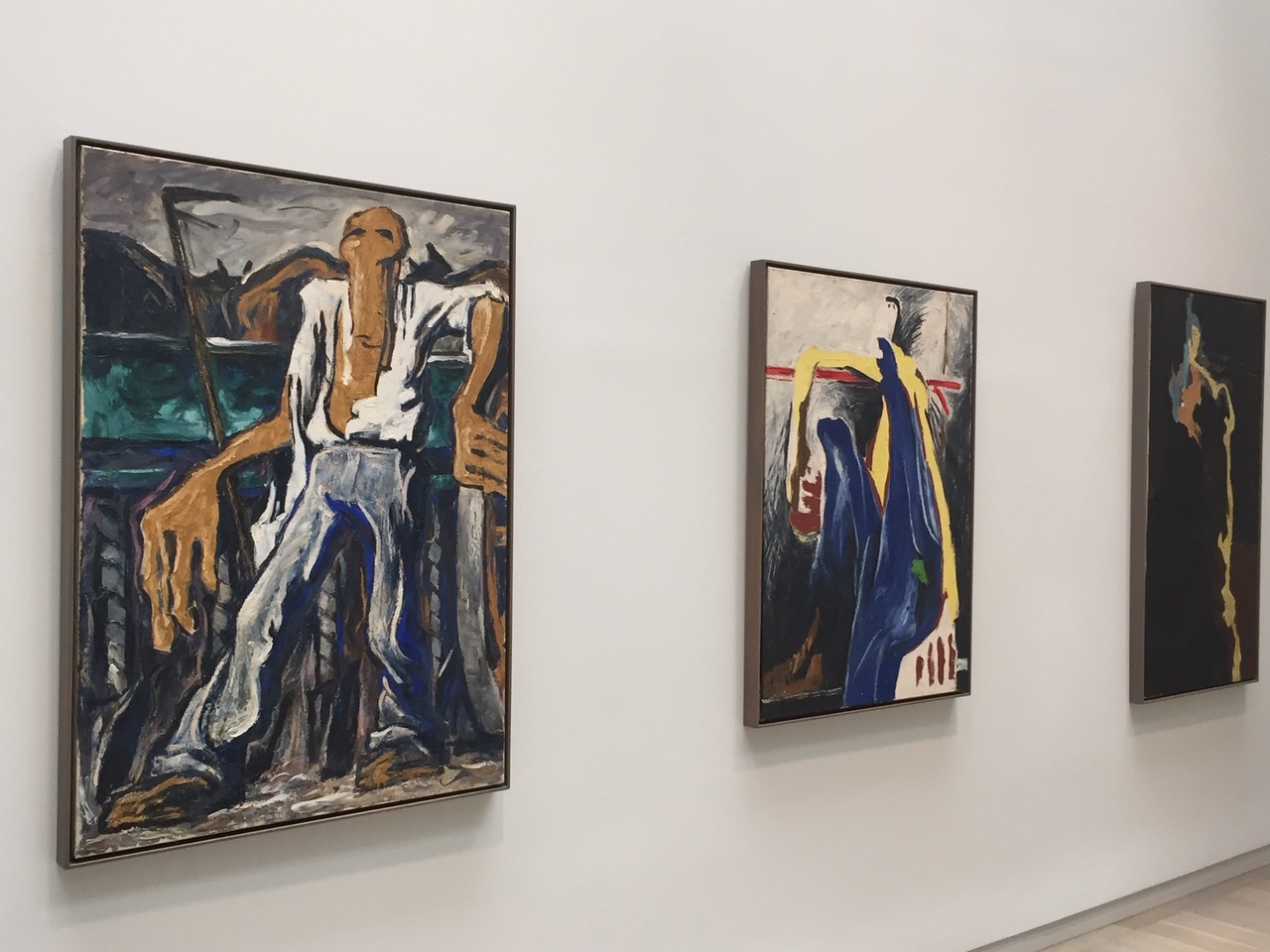 This is in stark contrast to his lightly worked later abstractions from the 1970s; huge areas of those canvases go unpainted with a much lighter paint application overall.

While satisfying guests’ need to see the work he is most famous for, the great surprise from the Clyfford Still Museum is the artist’s figurative work from early in his career. These images prove Still to be a remarkable figurative painter, destroying a myth that the Ab Ex painters couldn’t draw. Jackson Pollock was a poor draftsman, but Willem de Kooning was a virtuoso and as Picasso said, “Learn the rules like a pro, so you can break them like an artist.”

Still’s figurative paintings reveal influences from both Social Realism and Surrealism, not surprising as those movements were popular during Still’s formative artistic years of the 1920s and 30s.

The museum tracks Still’s evolution from representational painter to abstractionist by showing a progression of his works where the depicted figures become increasingly distorted. From fully formed and recognizable individuals with distinct heads, facial features and limbs, to an evolving artistic shorthand which substitutes for ribs and heads and shoulders. 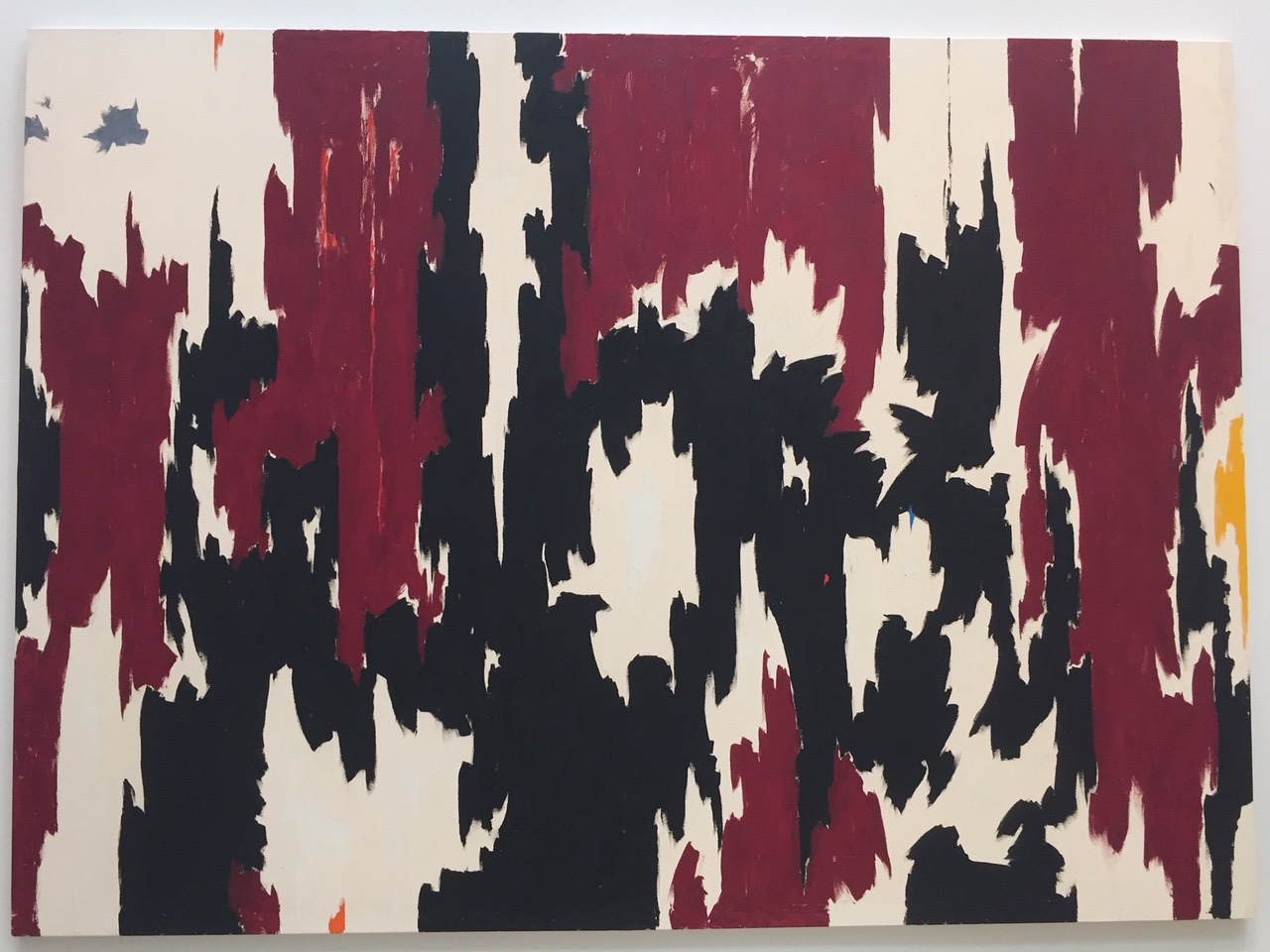 This would eventually culminate with his famed “lifelines” – jagged, piercing, dynamic lightning bolts of color which streak vertically through his canvases. His “lifelines” were the human figure completely deconstructed. No form, more a sense of space occupied or energy emitted.

Despite Abstract Expressionism being centered in New York, a world Still would eventually occupy, he is undeniably a Western painter. He was born in 1904 in small-town North Dakota. His childhood was spent in Spokane, Washington and southern Alberta, Canada. His formative artistic works were created at teaching posts in Washington state and San Francisco.

The scale of his mature canvases, the vastness of their surfaces, their large, open fields of color reflect a life begun on the Great Plains, amongst expansive, almost overwhelming space.

Still had no connection to Denver, however. The museum opened here in 2011 following a bidding process and selection in 2004 by Still’s wife, Patricia, to house the vast majority of his career artistic output. 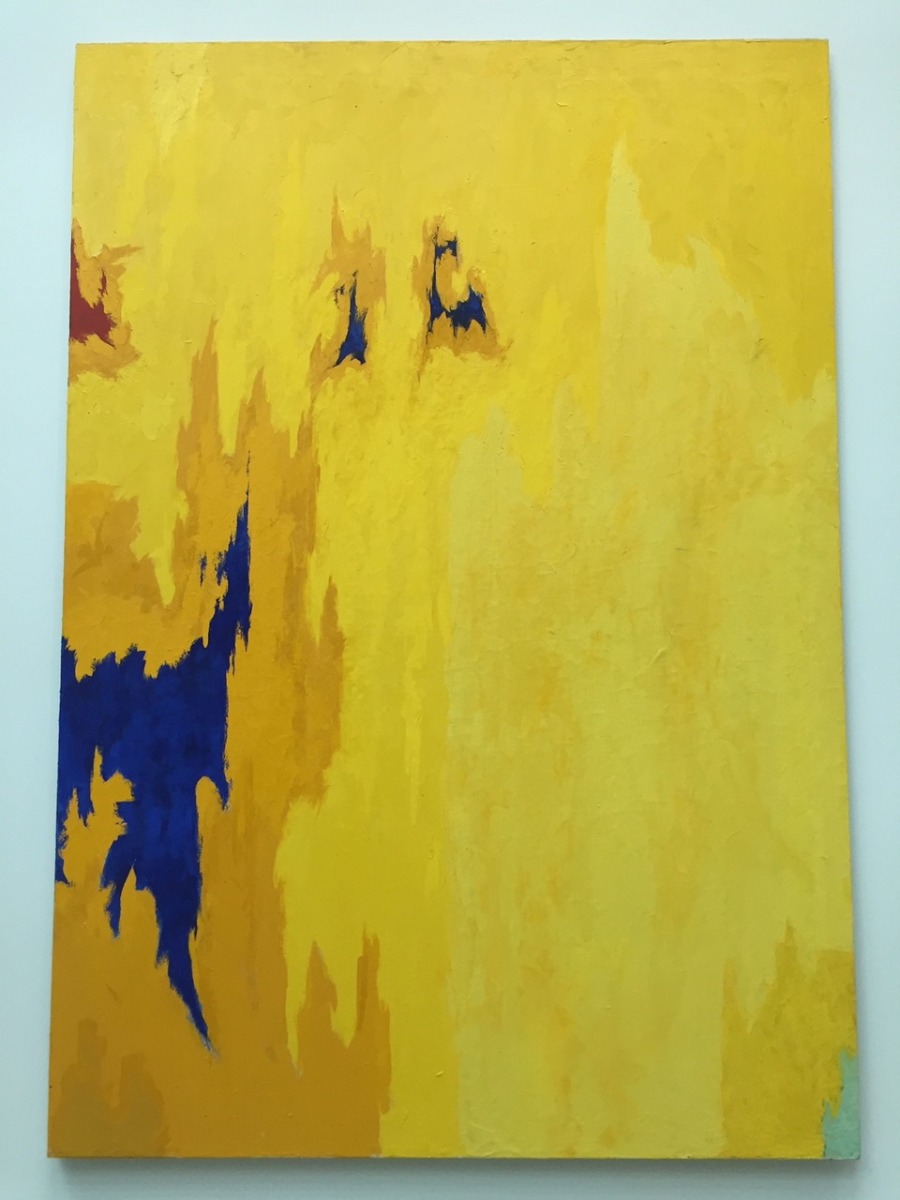 The Clyfford Still Museum is home to approximately 3,125 pieces representing 95% of his lifetime of work. As Still’s dissatisfaction with the art world grew, he eventually withdrew from it. In 1951 he cut ties with his dealer, taking his work off the market.

With some 830 paintings, more than 2,300 works on paper, sculpture and the artist’s archives of letters, sketchbooks, manuscripts, photo albums, and personal effects, the Clyfford Still Museum represents the world’s most intact public collection of any major artist.

What you won’t find is work by other artists. Still thought the best way to experience his art was not only by seeing it all in one place, but also without the distraction of, or comparisons to, other artists.

After reopening to the public this summer following a coronavirus-related shut down, the museum will again be closed until September 17.