A look inside the Chisholm Trail Heritage Center in Duncan, Oklahoma 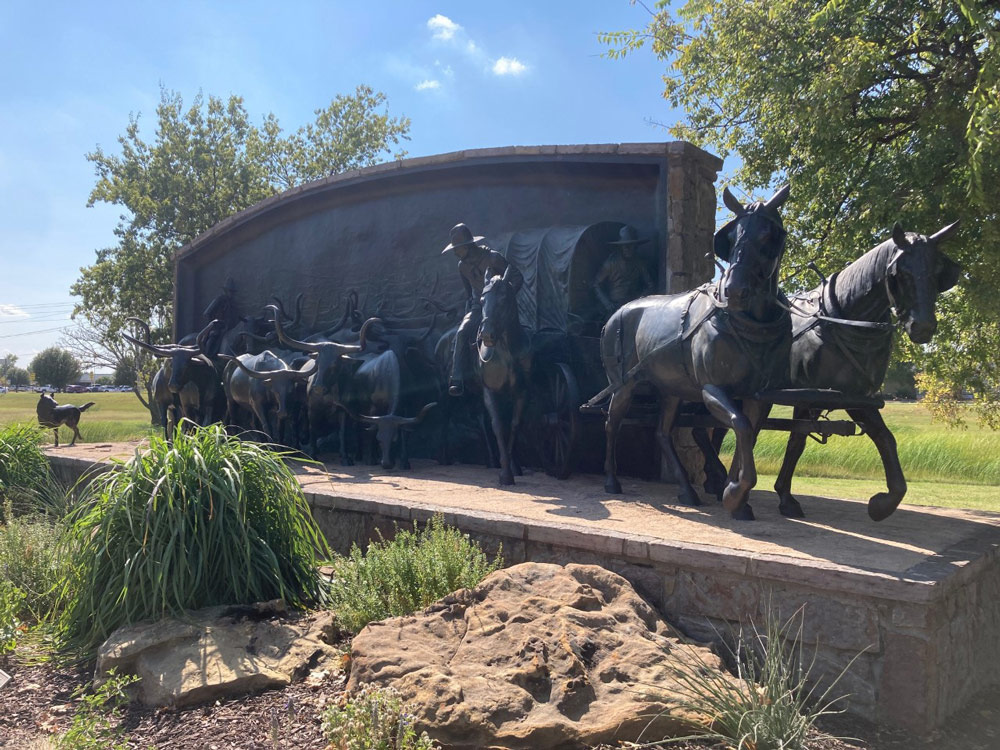 When south Texas ranch hands left to fight for the Confederacy in the Civil War, their free-roaming cattle stayed behind. Left to wander and reproduce without human interference, the famed Texas Longhorn didn’t become wild exactly, but even feistier – to put it mildly – than before.

Their numbers swelled. Their range increased.

Their value as a commodity, however, in sparsely populated south Texas in an age before refrigeration or widespread train networks, was low. Three dollars a head was all a rancher could expect from this prime beef on the hoof.

In Kansas, however, Abilene to be specific, once the war ended and the train started passing through regularly, the price for a head of beef there could be as much as $50. So began the era of the great cattle drives and the mythology of the cowboy.

This history is shared at the Chisholm Trail Heritage Center in Duncan, Oklahoma, 30 miles north of the Red River and Oklahoma’s border with Texas, an hour’s drive south of Oklahoma City, situated right along the old Chisholm Trail cattle road.

In addition to a pair of Disneyesque theaters – one animatronic, the other 4D (watch out for that thunderstorm) – the Chisholm Trail Heritage Center features artifacts, educational programming, events, a remarkable taxidermy display and a surprisingly esteemed Western art collection 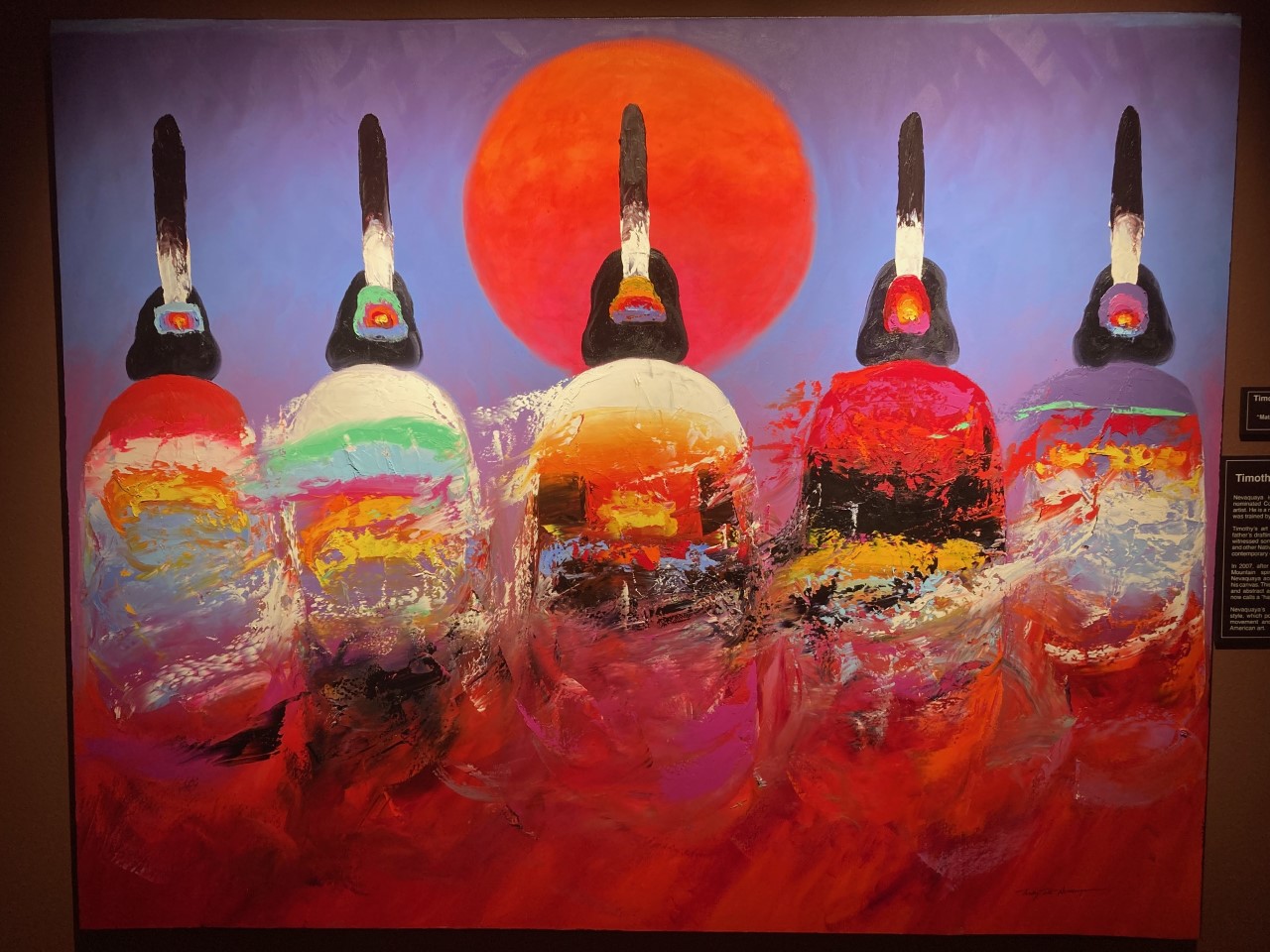 Garis Gallery of the American West

The Heritage Center’s Garis Gallery opened in 2005 after prosperous local oilman Jim Garris gifted his collection to the museum. On display are the biggest names in the genre: Russell, Catlin, Moran, Bierstadt, Sharp, Wieghorst, Frank Tenny Johnson. A lively watercolor from Fredric Remington of an energetic cattle rustling scene stands out.

A contemporary Oklahoma artist, Timothy Tate Nevaquaya, with his Matriarch of the Plains (2019, oil on canvas), makes the greatest impression. Five Native female figures face away from onlookers directly into a scorching blood orange sun. Recognizable figures give way to an abstract lava field of heated-up orange and fuchsia in the lower third of the painting.

Saturated, high-key, fiery with Starburst yellow and hot peach – a slash of seafoam to cool it off – heavily impastoed from a freely wheeled palette knife, the unmissable painting was acquired by the museum following Nevaquaya’s term as the Garris Gallery’s rotating featured artist. Throughout 2021, the Gallery is featuring all Native American artists.

The largest artwork on view at the Heritage Center is far too expansive for the Garris Gallery. That would be Oklahoma sculptor Paul Moore’s 34-foot-long On the Chisholm Trail: Monument to the American Cowboy. The bronze monument debuted in 1998 coinciding with the opening of the museum.

Devotees of Western art know they’re in for a treat upon arrival in Oklahoma, be that by car to a landscape that looks like the extended back lot for “Lonesome Dove,” or by plane in Oklahoma City where another sculpture from Houser prominently greets arriving passengers at the airport. With the National Cowboy and Western Heritage Museum in Oklahoma City, the Fred Jones Jr. Museum of Art at the University of Oklahoma in Norman, the Garis Gallery and widespread Native American cultural centers and galleries across the state, Oklahoma belongs on a Western art lover’s “to-do” list. 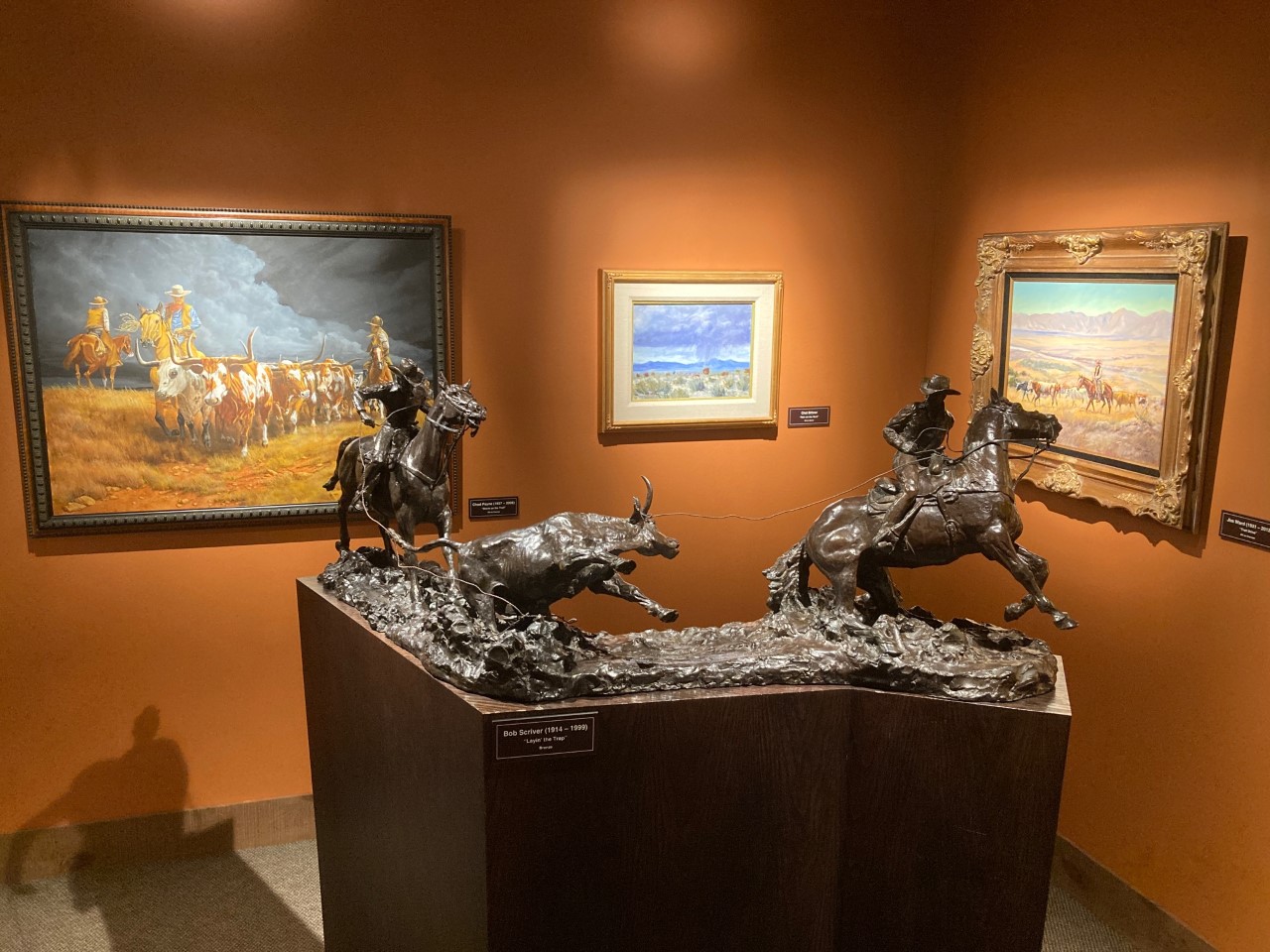