Native American art and history as told through the Abeyta Family 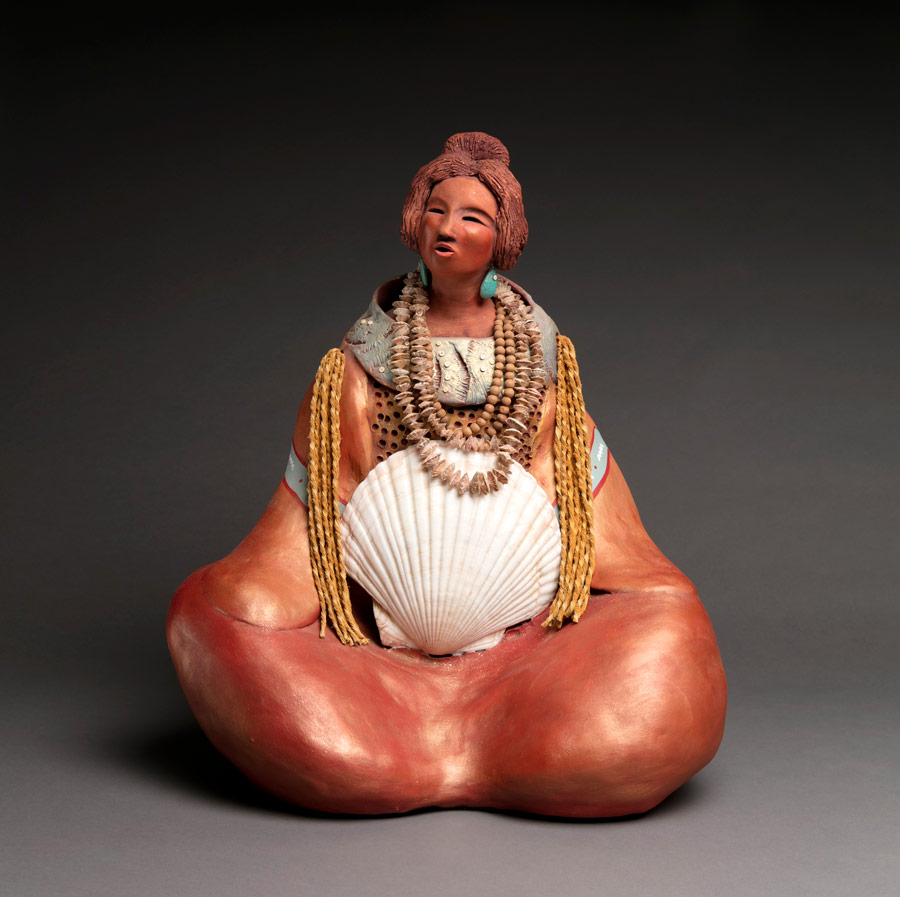 To pull at the threads of the Abeyta family of artmakers – father Narciso, daughters Pablita and Elizabeth, and the baby of the family, son Tony – reveals an astonishingly thorough history of not only Diné (Navajo) people through the 20th century into today, but also modern and contemporary Native American art broadly. One family as representative of thousands. The traumas and the triumphs.

That premise inspired Wheelwright Museum of the American Indian in Santa Fe Chief Curator Andrea R. Hanley (Diné) as she composed “Abeyta | To’Hajiilee K’é,” an exhibition of the four family members’ diverse artworks which combine to share a cultural history of two generations of Navajo life and art, and a continuum in art practice and storytelling.

“We're trying to look at an exhibition recontextualizing the aesthetic contributions and the impact of this singular Navajo family on art from the 20th century to today, both native and non-native, and then also providing a window into a world of our larger lived, but not always acknowledged, history at Navajo,” Hanley explains. “This exhibition looks at the impact that artists have in their world, which may or may not be recognized; when you look at somebody like Narciso, every single part of his life was a major part of Native American history or American history.” 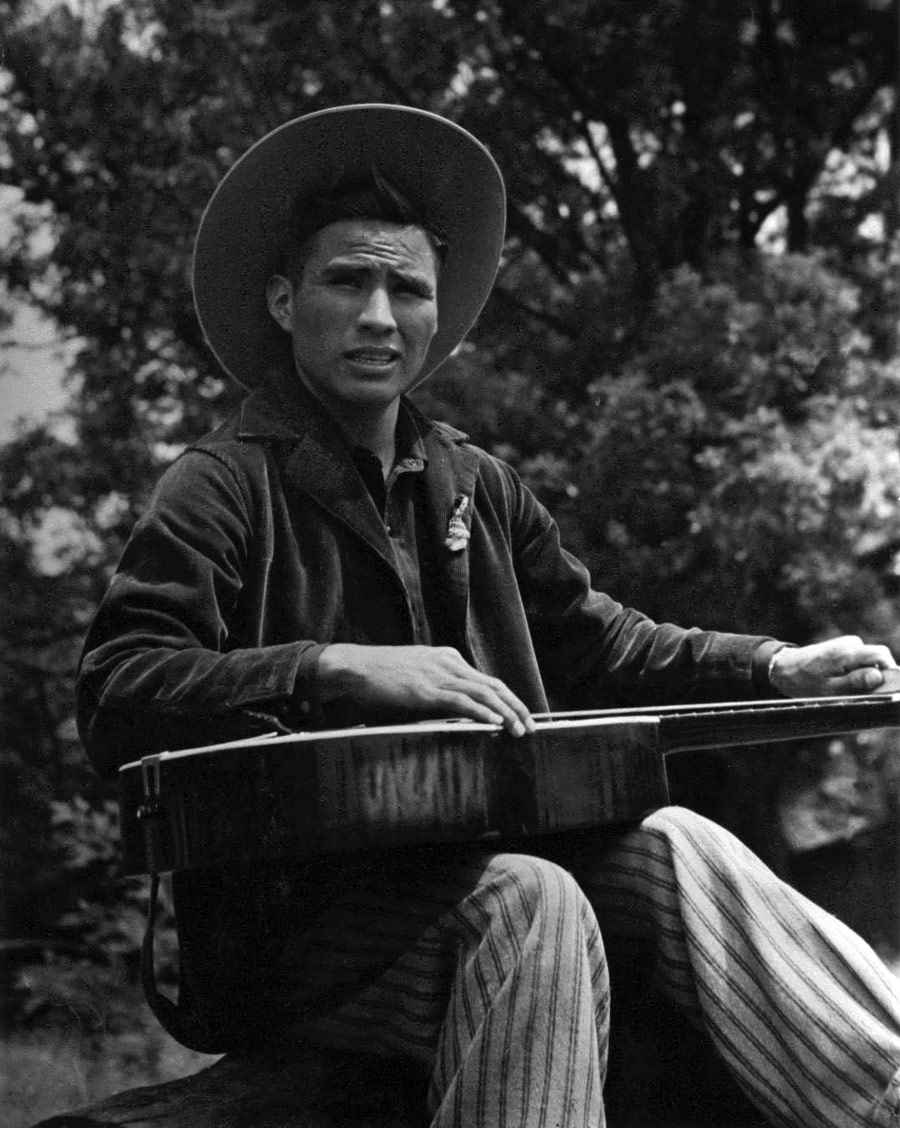 Narciso Abeyta could stand as a single volume telling of Native Americans in the 20th century.

He was born on the Navajo Reservation and educated at an Indian Boarding School thereby personally experiencing two of the most degrading and abusive institutions the United States government ever devised to subjugate its Indigenous population.

Despite the hostilities he experienced at the hands of America, he turned down a scholarship at Stanford University to enlist in the armed forces and served as a code talker in World War II. Service for which he was further debilitated, suffering from post-traumatic stress disorder.

That all-to-familiar struggle with alcoholism took the lives of Narciso, Pablita and Elizabeth.

“I'm an American Indian artist in recovery,” Abeyta said. “I've been clean and sober 16 years and it's a daily project I'm engaged in. A lot of it is that I honor my family through the fact that I that I am surviving all of those things, working through all of the challenges of what it feels like to be Native American, to be an artist, the emotional sensitivities.”

“The Indigenous trauma, which is really like cultural trauma, was just inherent, it went through all of its phases from my father's father to him and even to myself and my sisters,” Abeyta said. “They did what they could in this life and then at a certain point, they weren't able to manage. I believe that many of us carry the inherent traumas that come in our DNA. Sometimes we can change those and sometimes it's such a challenge… I watched them battle that most of their lives – (and) loved them and supported them through all of it. I'm not sure why I'm so fortunate that I was able to get through all of these things.”

Also, however, during his life, Narciso attended the Santa Fe Indian School and studied art under Dorothy Dunn. He studied under Transcendentalist painter Raymond Johnson. He held a job as a translator helping Navajo find work in white businesses.

He raised a beautiful family with children who were prominent in advocating for all Native Americans, who were able to embrace modern life while honoring their roots. 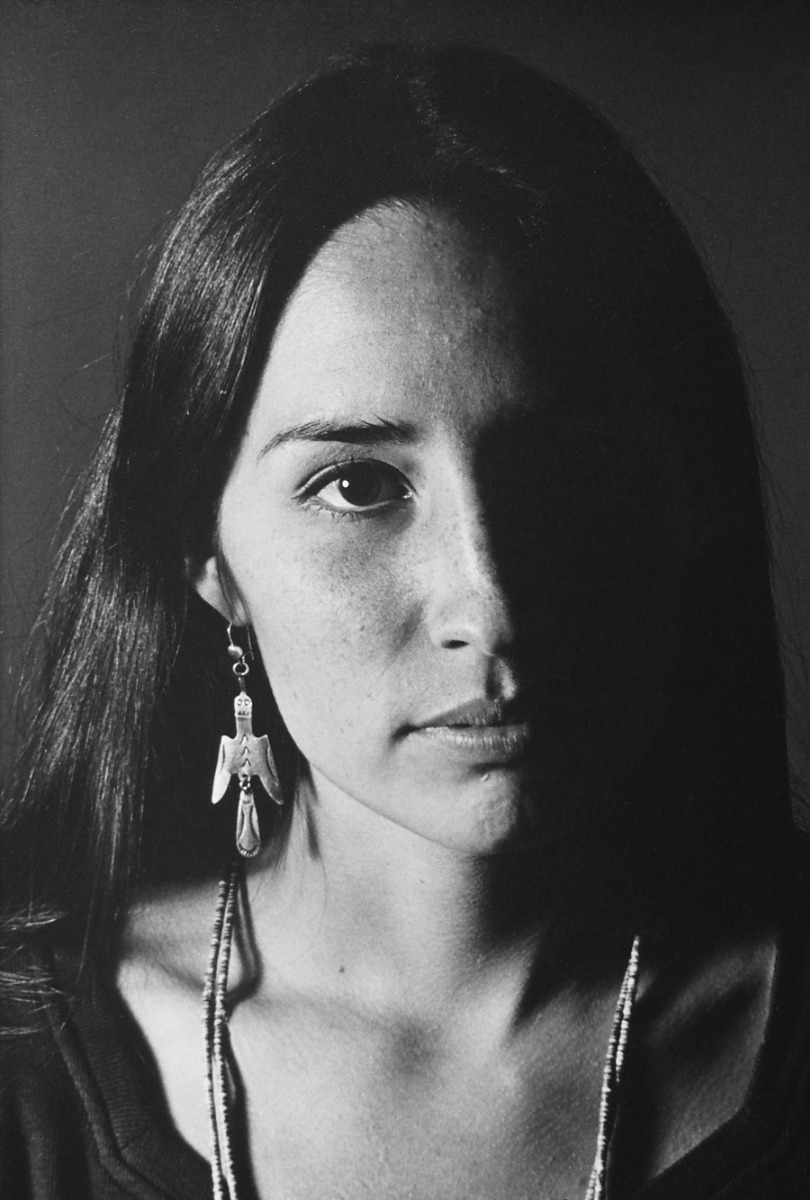 Andrea Hanley personally connects to the Abeyta Family through Pablita. Raised in Window Rock, AZ on the Navajo Reservation, Hanley’s first real job was at the National Museum of the American Indian in Washington, D.C. There, she met Pablita, a key player in Native American policy and lobbying from the 1970s until her retirement to the mid-2000s; Pablita was instrumental in the effort to see the museum created.

“Meeting another Navajo in the city was profoundly grounding to me and she became like a sister, this confidant, this mentor,” Hanley remembers of Pablita Abeyta, who at the time was working in the Government Affairs office at the Smithsonian Institution. “Pablita really took me under her wing and taught me about national and intertribal politics, as well as the politics of museums and art. Her warmth and her achievements were legendary. She generously introduced me to her colleagues, her friends.”

And family as well. Through Pablita, she met Tony, Elizabeth and Narciso.

“I learned by watching her so effortlessly move among some of the most powerful politicians in the country,” Hanley said.

Pablita’s artwork was displayed in the private offices of U.S. Senators John McCain, Dan Inouye and Ben Nighthorse Campell. She also showed regularly at Southwest art fairs, receiving first place awards for sculpture at the Heard Museum Indian Fair and Market and SWAIA Santa Fe Indian Market. Her work can be found in the permanent collections at the National Museum of the American Indian and the Institute of American Indian Arts Museum of Contemporary Native Arts.

“She is this really beautiful example of a powerful Navajo woman and she did these ceramic works that were so amazing on the weekends,” Hanley said. “She had a kiln in her basement and she would work every weekend. It was amazing to watch.” 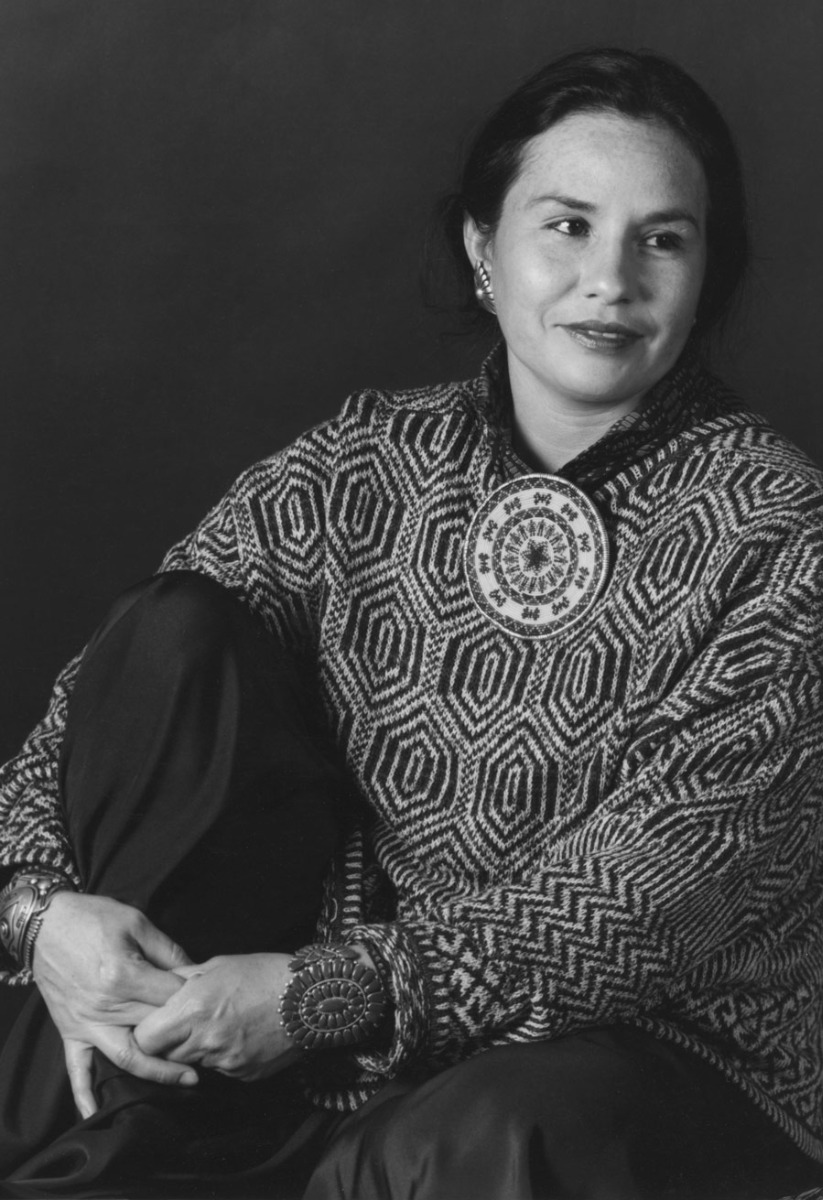 Elizabeth graduated from the Institute of American Indian Arts where she studied under master artists including Lloyd Kiva New, Allan Hauser, Fritz Scholder, Earl Biss and Kevin Red Star to name a few. She carried on their efforts to merge contemporary Native American art with traditional practices.

“She was this pioneering artist and she was immersed in modernizing the Southwest art scene back in the late 80s and the 90s,” Hanley said. “She was really one of the first Native American artists to move from more traditional styles into exploring contemporary ceramic realism and paved the way for generations of ceramic artists.”

She also paved the way for her brother to follow in her footsteps at IAIA. Elizabeth called in favors to have Tony admitted.

In light of Tony’s remarkable success, it’s easy to overlook the artistic accomplishments of Elizabeth and the family. “Abeyta | To’Hajiilee K’é,” on view through January 7, 2023, corrects that.

“Her sculptures look at this intimate expression of who she is as Navajo. She explored contemporary issues, feminist concepts, Navajo mythology,” Hanley explains. “She was known for these beautiful, compelling portrayals of Native women, but particularly Navajo women.”

Through the artwork on view, Hanley hopes visitors come to learn something about their makers.

“(Elizabeth’s) life force was amazing, her presence, her energy, her passion for beauty,” Hanley said. “She was funny – funny, funny, funny – and I think her sculptures embody that whole essence of who she was and they continue to radiate and still inspire people.” 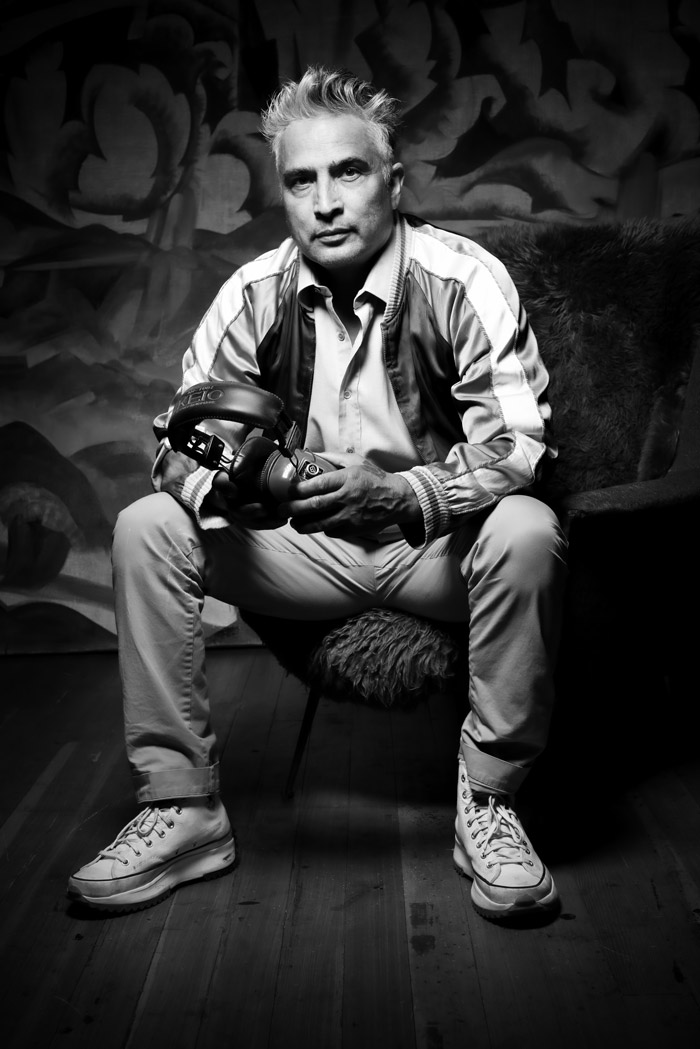 The work of all four Abeyta family members celebrates the continuum of Hózhó, which means beauty, balance, harmony and being at one with the world around you.

“I think it's important connecting to source, connecting to a relationship with however we define our spiritual connection to indigeneity,” Tony Abeyta said. “I spend a lot of time in the summer going back out to Navajo reservation, going to Canyon de Chelly in Arizona and connecting with that vernacular, that really sacred place that is medicinal; all of it comes through in the art, the paintings themselves.”

Paintings which have taken Tony Abeyta around the world and afforded him a lifestyle few artists – Native or not – dare dream of.

A more detailed telling of Tony Abeyta’s relationship with his sisters and father and the evolution of his career through the presentation of “Abeyta | To’Hajiilee K’é” was previously published by “Essential West.”

The title of the exhibition references the Navajo word K’é, which means family and connections to love and compassion. The Abeyta family is originally from Cañoncito, New Mexico, currently known as To’Hajiilee, and is specific to the Cañoncito Band of Navajo, located West of Albuquerque.