Will Wilson pacing the field of contemporary Indigenous photography

Will Wilson, Auto Immune Response #5, 2004 | Courtesy of the Artist

I first came across the name of Diné (Navajo) photographer Will Wilson at the Museum of Indian Arts and Culture in Santa Fe. I was touring its reinstalled permanent exhibition “Here, Now and Always” where one of his photographs closes the show, so to speak, a final display item before visitor’s exit the presentation.

I rightly assumed Wilson’s career must have been long established for his work to earn such a prominent spot, but I’d never heard of him before. Shows what I know!

In 2007, Wilson won the Native American Fine Art Fellowship from the Eiteljorg Museum, in 2010 the Joan Mitchell Foundation Award for Sculpture, in 2016 the Pollock-Krasner Foundation Grant for Photography, the following year the New Mexico Governor's Award for Excellence in the Arts and in 2020, Wilson was the Doran Artist in Residence at the Yale University Art Gallery.

But it took me until April of 2022 before becoming aware of him and since then, I’ve been seeing the name Will Wilson everywhere I look, all across the country, within the Indigenous art genre and outside of it.

Next came a solo exhibition of his work opened July 9 at the Delaware Art Museum. “In Conversation: Will Wilson” explores issues of Indigenous representation within the history of photography, how those 100-plus-year-old photos from Edward Curtis continue defining Native Americans in the minds of many non-Native people and the damage they’ve caused.

I spoke to Wilson (b. 1969; San Francisco) about the show, on view through September 11, his work and the hold Curtis continues to have.

“Curtis and the vanishing race and this idea of ‘capture before annihilation,’ record these people before they disappear,” Wilson explained of the prevailing attitude a century ago to photographing Indigenous Americans. “I want to make the case that we’re still here doing interesting and important things.”

Wilson hypothesizes that ongoing fascination with Curtis’ images – as evidenced by the continual popularity of Curtis photos and exhibitions at mainstream museums and auctions, institutions historically serving and promoting America’s dominant white culture – has to do with white America not wanting to deal with its Indian past. The trauma, the genocide, the attempted ethnic cleansing. Curtis photos present the “noble savage,” an honorable people, the unfortunate victims of a modernizing country. Relics, like pilgrims or pirates or gunfighters, characters who’ve long since given way to new actors in the 250-year-old movie that is America. 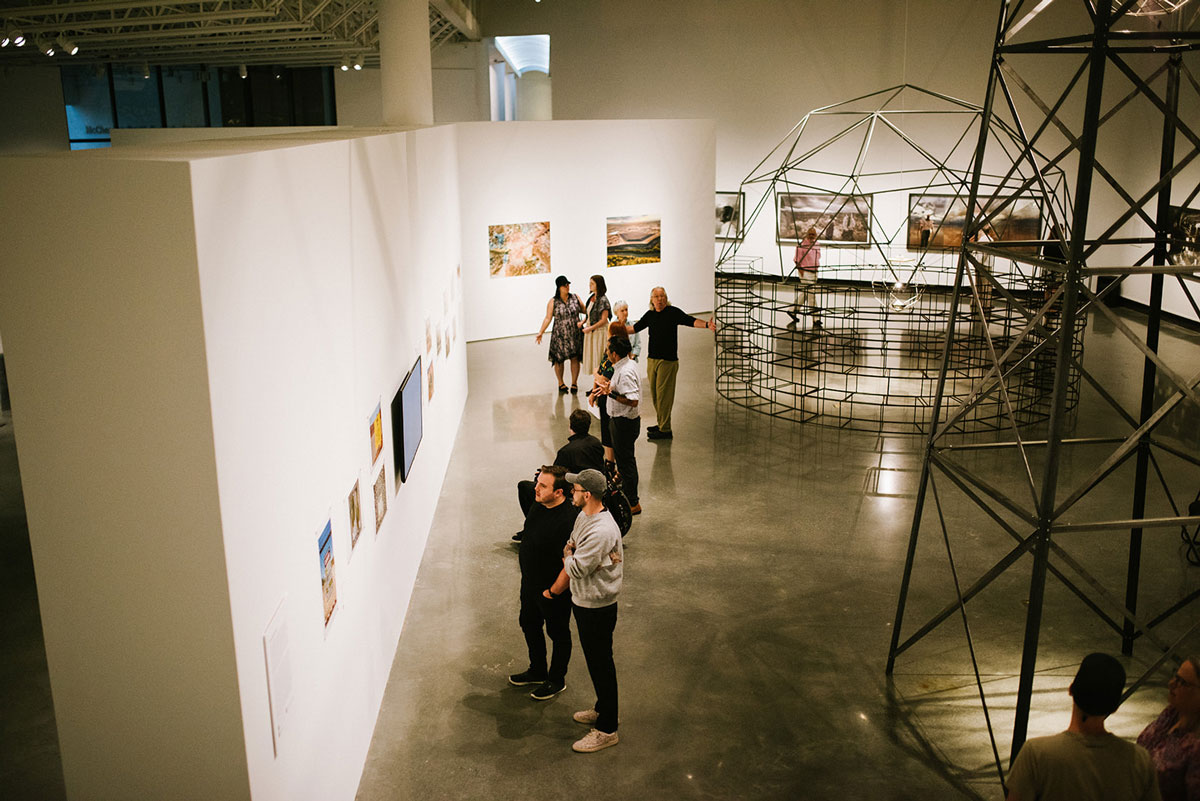 Trapped in the past, that unconscionable chapter of the country’s history closed, contemporary America can absolve itself from rectifying those sins perpetrated on Indigenous people – “too bad, what a shame, nothing we can do about it now.” With Native people time-capsuled in the early 1900s, the challenges facing them today, the questions they’re asking, the rights they’re seeking can be more easily ignored.

America has tried putting Native people away in a drawer, just like those old photos, out of sight, out of mind. Memories.

Wilson’s work strikingly combats that effort, bringing contemporary Indigenous people to life, freeing them from the photographic jail of Curtis and his contemporaries. To do so, Wilson incorporates photo process similar to those used historically. The resulting contradiction – contemporary Native people photographed historically – demands onlookers examine how they imagine Native people, what myths they hold on to, why those myths exist.

In talking to Wilson, he informed me about another major presentation of his work, this one a mid-career retrospective again taking place far from the Navajo Nation where he grew up, at the Southeast Center for Contemporary Art in Greensboro, N.C. through December 11.

“Will Wilson: Connecting the Dots” showcases photography and sculpture from three significant bodies of work created over the last two decades addressing topics such as environmental justice, institutional racism, and indigenous futurism.

Auto-Immune Response began in 2005 and continues today. In it, a figure known only as The Protagonist navigates a post-apocalyptic landscape populated by Native People. Wilson himself portrays the central figure. Fusing multiple genres of photography, he confronts historical and intellectual trauma, considering how he has come to embody such trauma.

His Critical Indigenous Photographic Exchange is an ongoing community-centered practice that convenes Indigenous artists, art professionals, government leaders, and the general public in the performative ritual of studio portraits. Wilson employs large format (8x10) wet plate collodion studio photography, the same process that has so deeply influenced our collective understanding of Native American people and our national identity. Augmented reality technology and smart devices map videos to the portraits, connecting the images to the subjects’ voices and perspectives.

Wilson’s Connecting the Dots series brings awareness to another of America’s hidden tragedies most citizens outside of the area directly impacted know nothing about: uranium mining, nuclear weapons testing and uranium and nuclear waste storage across sovereign Indigenous nations in New Mexico, particularly Navajo. 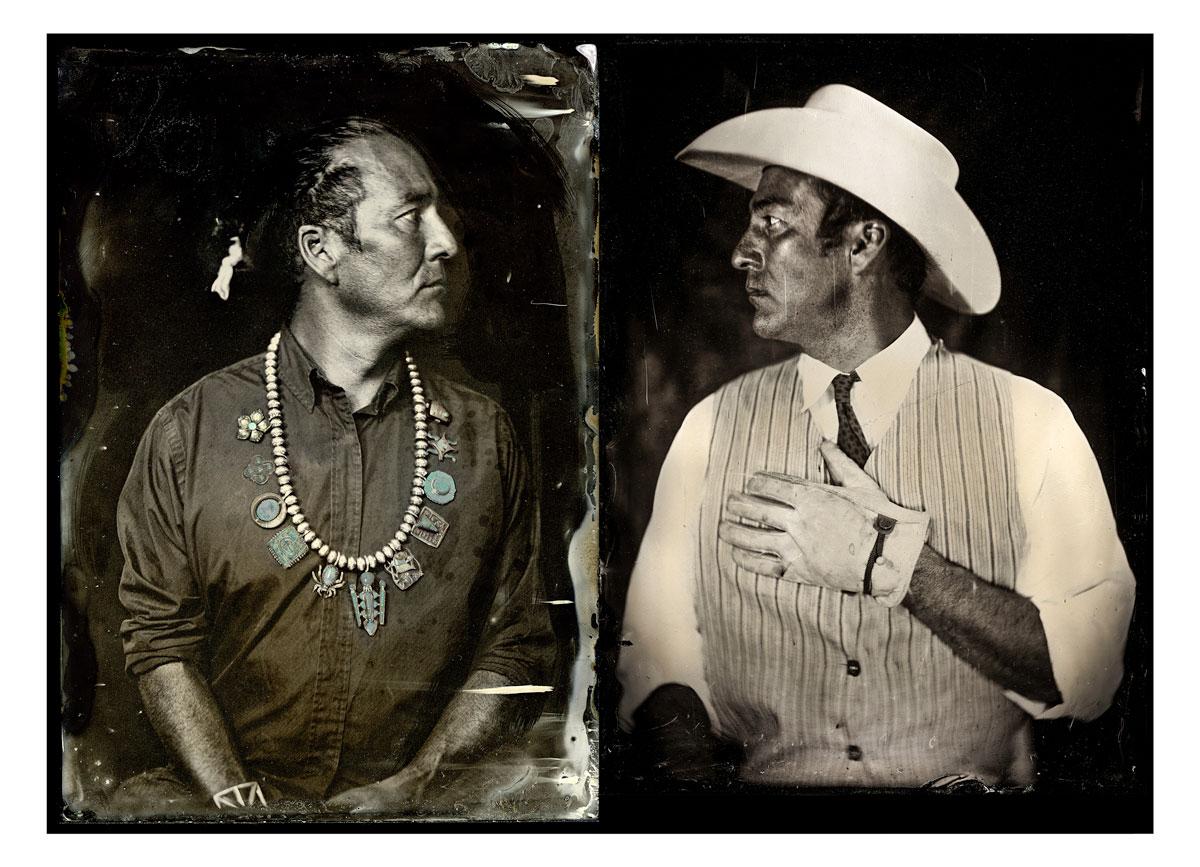 Connecting the Dots is based on a photographic survey of the over 500 Abandoned Uranium Mines (AUMs) located on the Navajo Nation. The AUMs are physical manifestations of a complex and traumatic history, and this project raises awareness the Navajo Nation’s efforts to receive remediation for the uranium extraction that has poisoned the land and impoverished a people. Wilson is creating an unconventional photographic survey using drone-based, aerial, and app-activated photography to empower Diné people to re-story their narrative. The project uncovers environmental and social degradation, but more importantly, it creates a platform for voices of resilience and a vision for restorative systems of economy and memory-making.

When we spoke, Wilson was in Salt Lake City working on an installation for another major museum show. “Air” opened July 16 and runs through December 11 at the Utah Museum of Fine Arts at the University of Utah, presenting contemporary art exploring air from environmental, social justice and cultural perspectives. All wheelhouse subject matter for Wilson’s photography which features in the show.

The exhibition was initially inspired by the Wasatch Front’s poor air quality. Salt Lake City-Provo-Orem ranked 8th out of 228 metropolitan areas for the worst ozone pollution, according to the 2021 State of the Air report, from the American Lung Association.

Last, but certainly not least, Wilson is co-curating the first major museum survey exploring contemporary Indigenous photography for the Amon Carter Museum of American Art in Ft. Worth opening this fall on October 30.

Will Wilson, a name for art lovers to know, a name becoming impossible to overlook. 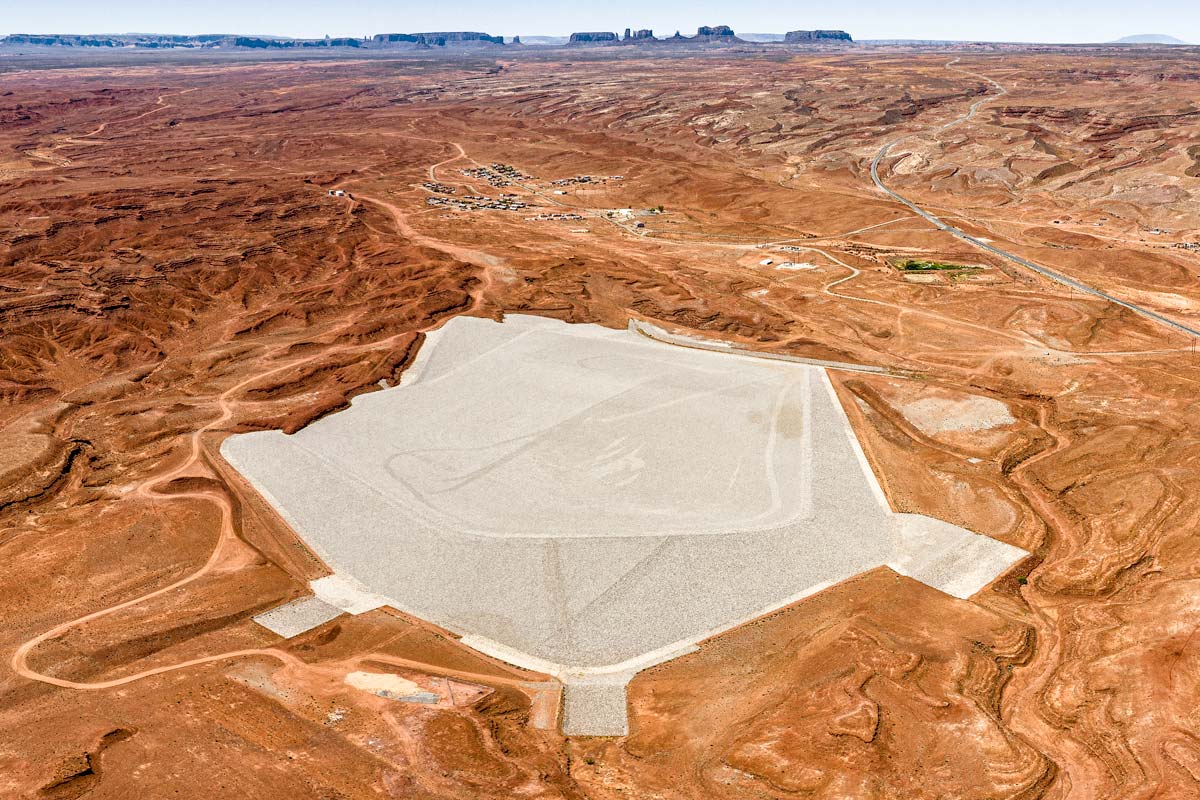