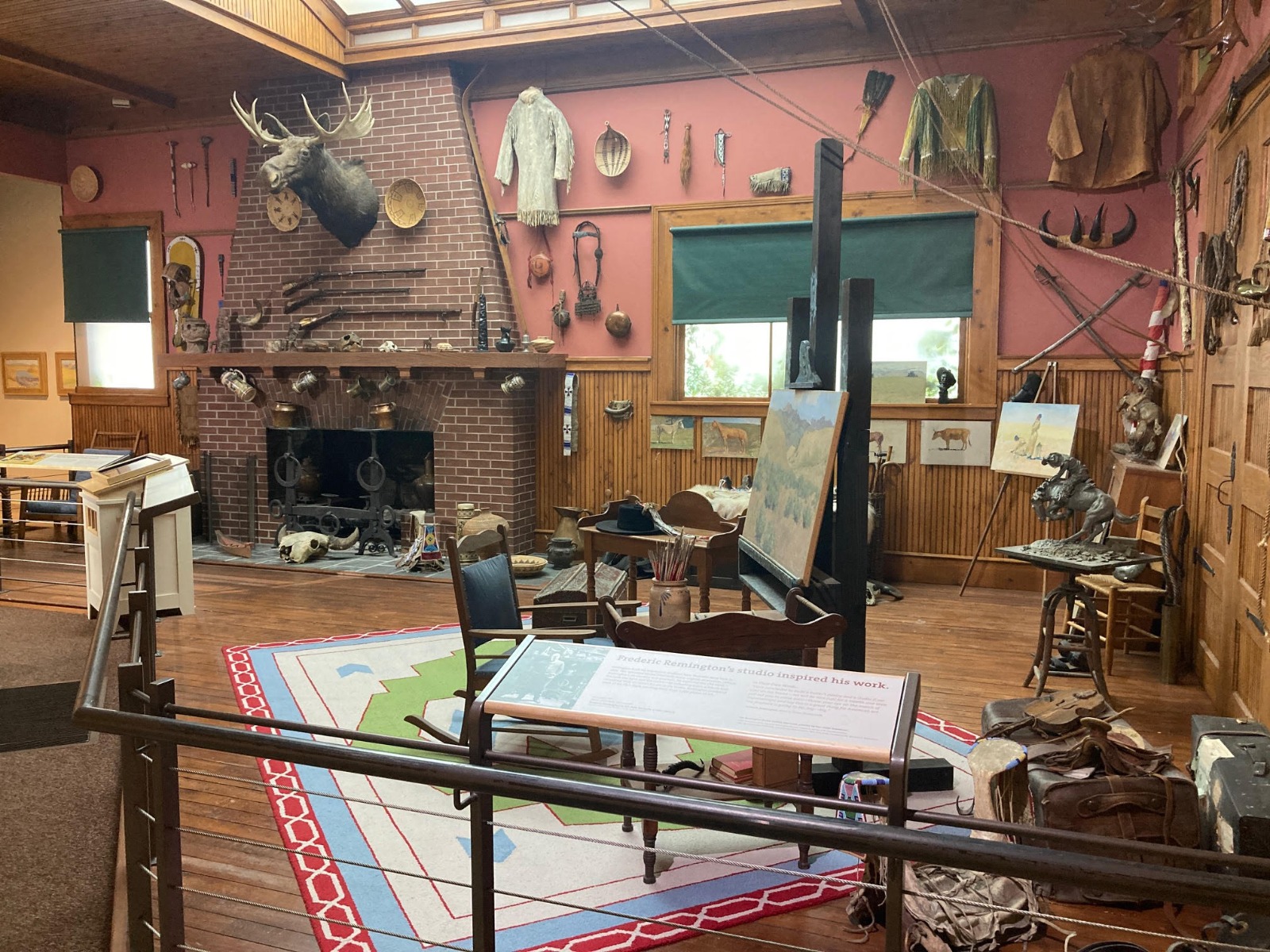 With the world’s greatest natural wonders outside – the east entrance to Yellowstone National Park is an hour’s drive – the attractions inside the Buffalo Bill Center of the West in Cody, WY need to clear a high bar to make them worth your while. They do and they are.

The Center’s manmade objects don’t compare to mountains, geysers and grizzly bears, but if the weather’s crummy or you find yourself with extra time, dropping into the Center of the West will provide another highlight of your Yellowstone trip.

The Buffalo Bill Center of the West is five museums under one roof variously highlighting Buffalo Bill, Plains Indians, natural history, firearms and Western art. An hour or more could easily be spent exploring each. I found myself with two and a half hours to visit in October 2022 and raced through the Plains Indians, natural history and art museums in order to make my flight out of Billings, MT on time.

Helping guests see as much as possible, the $22 adult admission provides entry for two consecutive days. Admission covers each of the five museums. Also, critically, between May 1 and October 31, the Center of the West opens at 8:00 AM. My flight left at 2:30 allowing me to take advantage of these rare morning hours and still have plenty of time to make the drive. The Center opens at 10:00 AM the rest of the year – the slow season at Yellowstone.

Dedicated in 1959 and named after artist and patron Gertrude Vanderbilt Whitney, founder of New York’s Whitney Museum of American Art, the Whitney Museum of Western Art has as fine a collection of the material it highlights as you’ll find anywhere. 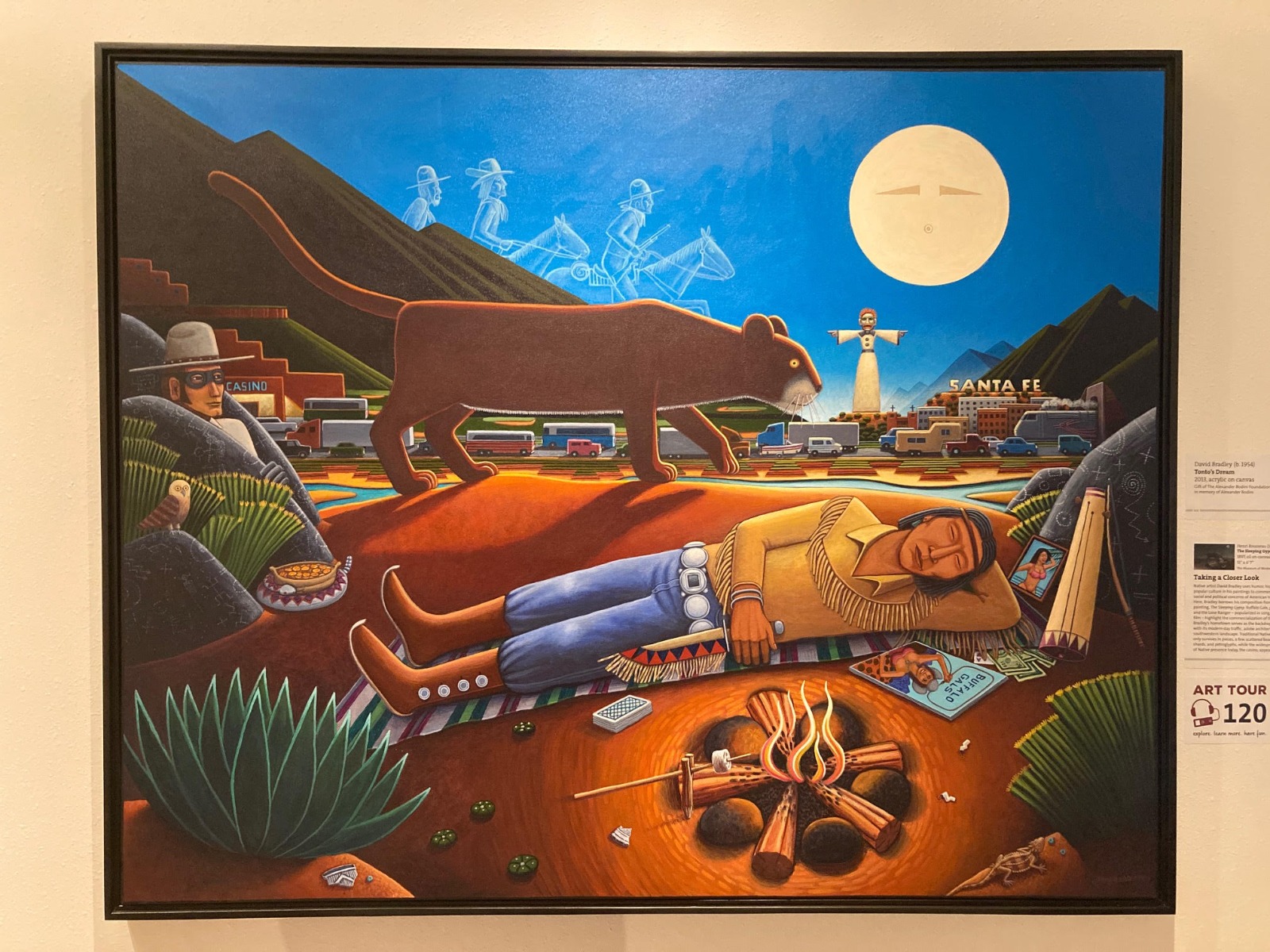 Visitors to any museum specializing in Western art expect to see work by Frederic Remington. No visitor could expect to see the astonishing depth and breadth of Remington artwork on view at the Whitney. Included are major bronzes and paintings, but where this collection finds another gear is in the display of Remington’s sketchbooks and an astonishing suite of full color watercolor landscape studies. Vibrant, loose, impromptu, I’ve never seen anything like them from Remington.

The museum also has a meticulous, life-size recreation of Remington’s artist studio installed in the galleries. Similarly, Western and wildlife sculptor Alexander Phimister Proctor’s working models and artworks have been preserved and displayed in a studio-like setting giving the impression of dropping in on the artist.

Another luminary of Western art the Whitney goes deep with is Joseph Henry Sharp. The museum holds his “studio collection” which includes his art, personal effects, art making supplies and, remarkably, his cabin which served as home and studio on the nearby Crow Reservation and was moved to the Buffalo Bill Center of the West in 1986. Tours of the cabin are available during summer months.

As expected, the Whitney fills its walls with landscape and wildlife paintings featuring what can be seen in Yellowstone. A massive grizzly bear painting and a smaller one of a wolverine right next to it by Carl Rungius from around 1920 stand out for their extraordinary capture of the “feel” for the scenery and animals.

Photographs from the famed 1871 Hayden Geological Survey of what is now Yellowstone National Park taken by William Henry Jackson also stand out as the earliest photos taken of the area. The Hayden party was the first federally funded expedition into the area and Jackson’s photos of the geothermal features, mountains and waterfalls helped convince politicians back in Washington, D.C. to declare the area the world’s first national park.

The area in and around Yellowstone was of course known to Indigenous peoples for thousands of years prior to any white man laying eyes on it. Numerous tribes and nations considered it then, and still do today, as ancestral homeland. Many more historically traveled through seasonally taking advantage of its bounty of natural resources. Wall text at the entrance to the galleries acknowledges that the artwork on view comes from a predominantly white, male and pro-Manifest Destiney perspective. The admission is welcome, as are efforts being made to balance the scales.

The Buffalo Bill Center’s art collection isn’t restricted to the Whitney. Each of the other museums as well as special exhibition spaces and hallways throughout display pieces like the striking Doug Hyde (Nez Perce, Assiniboine, Chippewa) and Allan Houser (Chiricahua Apache) sculptures in the Plains Indians museum. Not to mention the astonishing beadwork.

If possible, save time for the outdoor sculpture spaces.

Don’t pass on Old Faithful or the Grand Canyon of the Yellowstone to spend time at the Buffalo Bill, but any time you do spend there will be worth it. 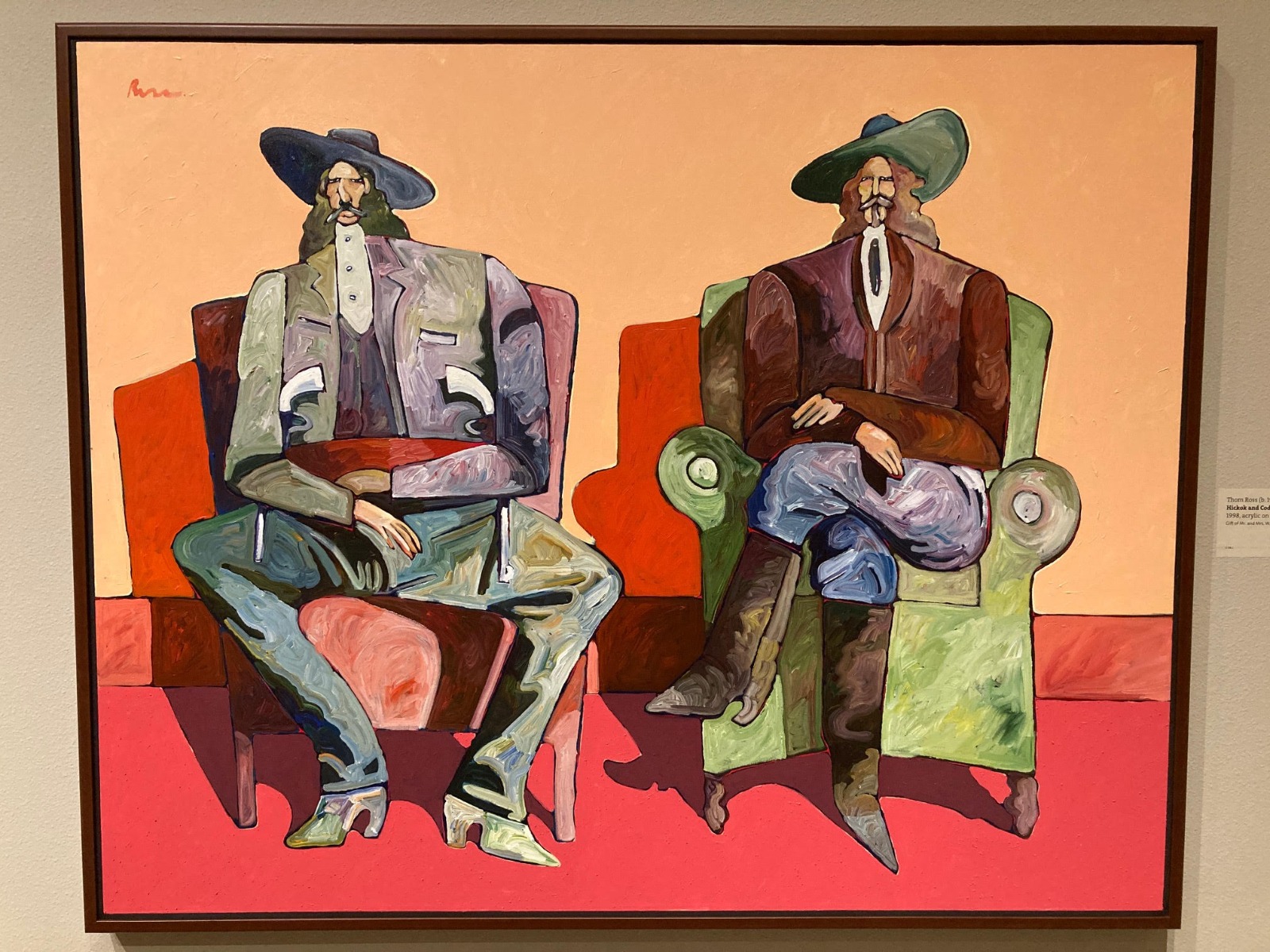