By now, most everyone with an affinity for the history of the American West recognizes how contributions of Black people have been largely excluded from that history’s retelling. No surprise there. The extent of that erasure is surprising.

For example, a full 25% of men who labored on the ranches of Texas and participated on cattle drives before the Civil War through the turn of the 20th century were Black. An astonishing figure. Significantly higher than the country’s total population of Black inhabitants.

The Witte Museum in San Antonio shares this story through April of 2022 during the exhibition “Black Cowboys: An American Story.” “Black Cowboys” features artifacts, photographs and documents depicting the work and skills of Black cowboys, offering a clearer picture of the Black West and a more diverse portrait of the American West.

“For generations, these stories have remained dormant,” Aaronetta Pierce, an African American arts advocate and civic leader in San Antonio who served as chair of the exhibition’s steering committee said. “Now, with the help of this exhibition, they are coming alive. We are enlightened and inspired by what we are learning about Black cowboys.”

Members of the steering committee included scholars in Texas and African American history along with community leaders – Black and white – to assure the historical accuracy, inclusivity and cultural sensitivity of the presentation.

Beyond generalizations and statistics, visitors are transported through time, meeting a variety of real Black cowboys to appreciate their impact on American History.

“Most powerful are the individual stories of Black Cowboys, illustrating courage in the face of discrimination, skill despite great odds, and success through generations as ranchers and leaders in their field,” Witte Museum President and CEO Marise McDermott said.

One such person is Hector Bazy.

Born enslaved on a plantation in Grimes County, Texas in 1851, Bazy wrote an autobiography in 1910 describing the exhilarating and dangerous work of cowboy life. He is portrayed in the exhibition by distinguished actor and playwright Eugene Lee via an 11-minute film adaptation of Bazy’s memoir providing a first-hand account of Bazy’s experience. The film, produced by the Witte Museum, was shot on a ranch near New Braunfels, Texas staring Lee who has a long relationship with the museum. 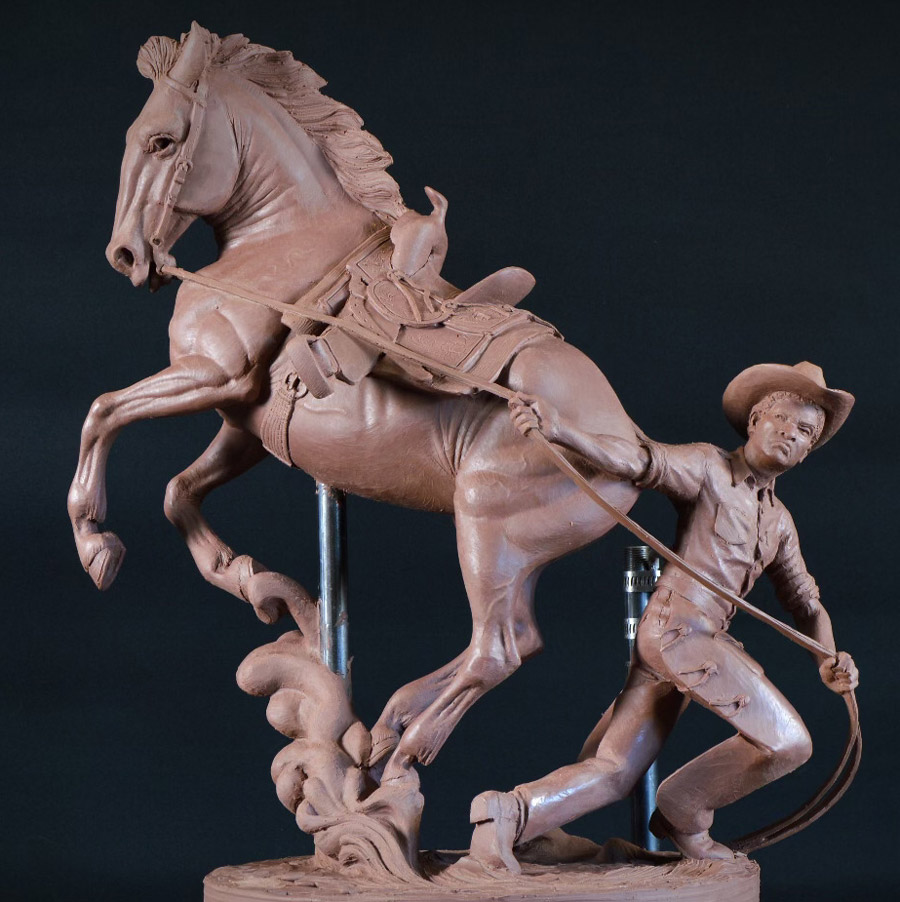 “Black Cowboys” invites visitors to explore not only the lives and work of the numerous Black men, but women and children as well – enslaved and free – whose lives and legacies have inspired new generations to explore the past through music, film, fashion and design.

Contemporary sculptor LaQuincy Reed is making a name for himself in the Western art world through his keen portrayals of Black cowboys – historic and modern. The Oklahoma City-based artist, who was recently elected as a member of the National Sculpture Society, was introduced to Black cowboys by a former student of his – a bull rider – at Jones High School in Jones, OK.

“I thought that was really interesting and that spurred my investigation into (Black cowboys),” Reed said. “Growing up in Oklahoma I didn’t know of anybody that did that kind of thing who was Black.”

Reed would find through his personal research, just like the Witte Museum exhibition states, roughly one in four cowboys was Black. He was similarly surprised. Extending minority representation to include Mexicans and Native Americans, the percentage becomes even greater.

Yet paintings, literature and film have rarely shown these faces.

Reed’s reading into historic Black cowboys would further reveal why they chose the profession and how they came to be so adept at it.

“During slavery, many Blacks were placed in charge of the land and property of slave owners who went to fight in the Civil War,” Reed, who is not a part of the Witte exhibition, explains. “As a result, after slavery, many had the skills required to work in the West and this led to many former enslaved becoming cowboys where they faced less discrimination and greater financial success.”

Thanks to museums like the Witte and artists like Reed, a more complete picture of Western history is being revealed.

“Among American Myths is that white cowboys dominated the period before, during and after the trail drives and ranching, but instead, Black Cowboys were integral to the success of the cattle industry and the American economy,” McDermott adds. 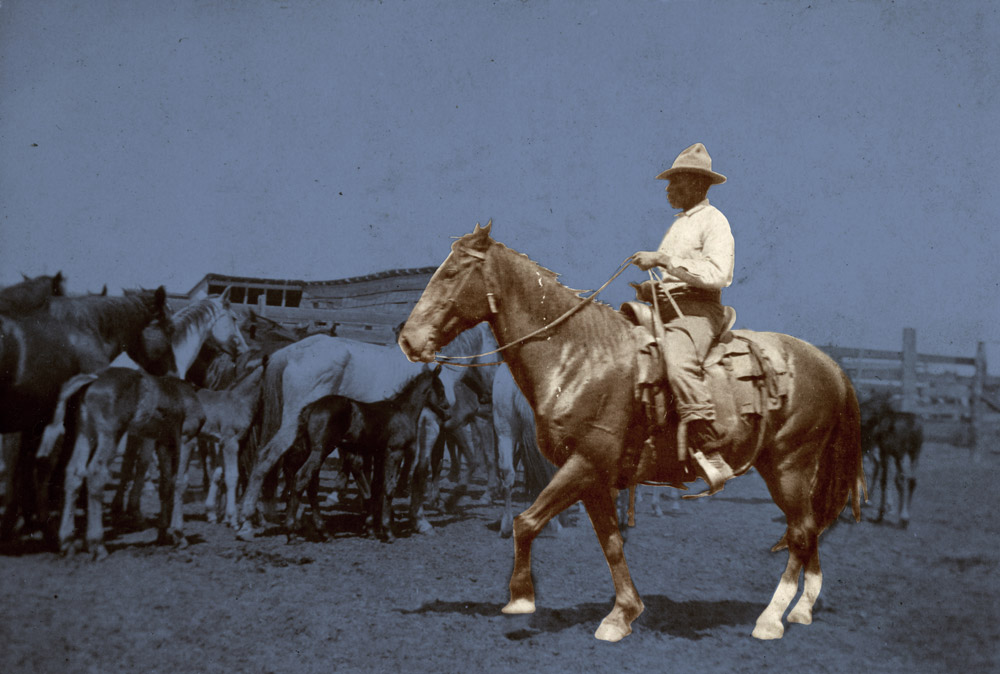