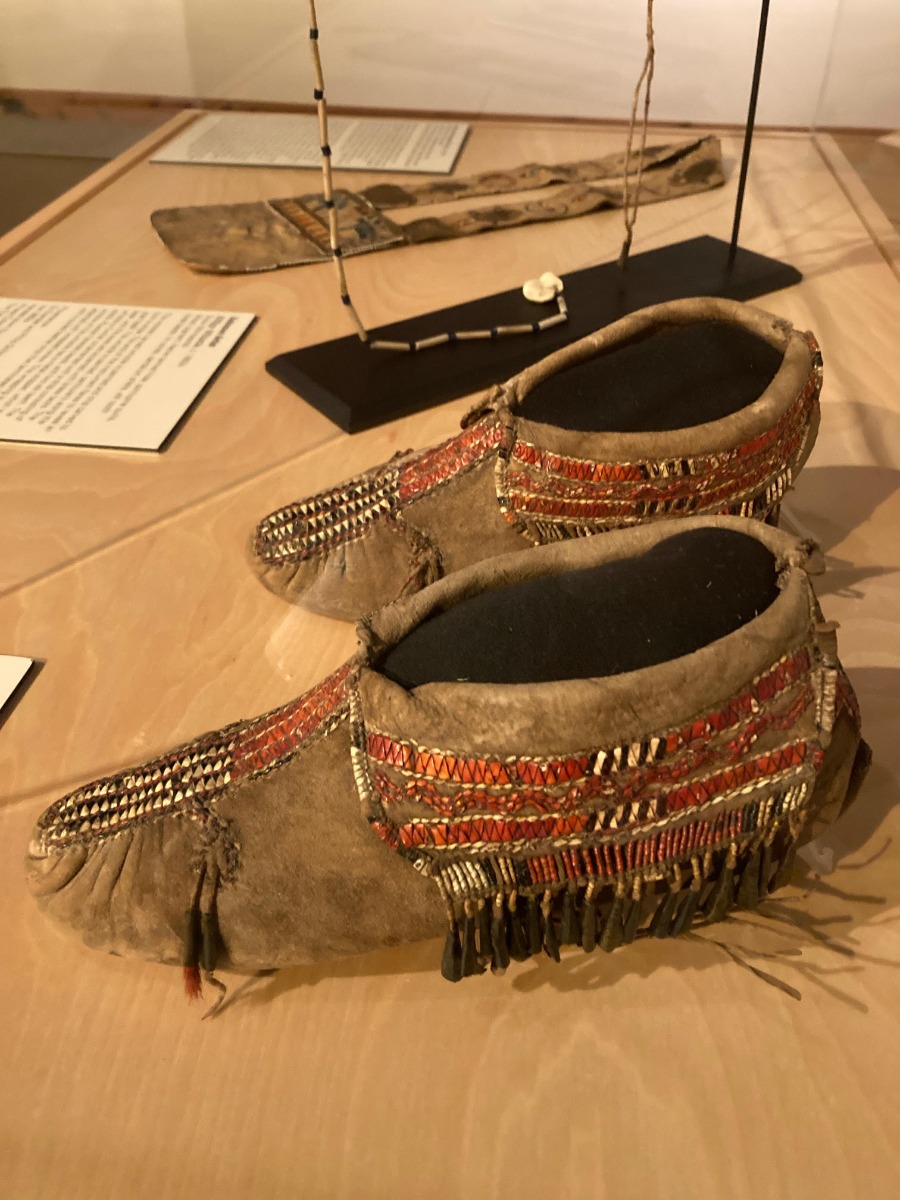 Every museum holds surprises. How could anyone entering Western Spirit: Scottsdale‘s Museum of the West ever think they were about to see the oldest known pair of Native American moccasins in existence. Yet, there they are.

Fifty years prior to the Revolutionary War. Three-hundred years old.

Don’t forget, this is organic material. The moccasins are made from tanned hide, porcupine quills, colored pigments, red dyed deer hair, string, thread. Stuff that disintegrates as it ages.

Also remember the moccasins were used. They got wet from dew. Sweaty. Worn from use.

Yet here they are through the centuries still in remarkably good shape. The color remains rich. They look like they could be worn to the store if they were your size.

The moccasins put a dramatic exclamation point on the museum’s impressive collection of Native American material culture which also includes a pair of 1830s men’s bottom tab leggings from the Northern Plains. The bottom tabs make the garment especially rare. There’s a full suit of men’s clothes – biographical war shirt and matching leggings – from the Northwest Plains, early 1800s, with remarkable pictographic images on them. Women’s and children’s dresses.

Parfleche bags from around 1880 which have kept their vivid blue and orange coloring. Whoever painted these innately knew something of color theory; the striking combination would look great on a contemporary designer handbag. Two full hide robes, one vividly recalling acts of bravery in combat, the other with intriguing, precise, geometrical designs and patters bordering on Modern art.

Pottery by Nampeyo of Hano (Hopi/Tewa; 1860 – 1942) along with photographs of the great matriarch of Hopi ceramics. Western Spirit has exceptional examples of Nampeyo pots on display including a 1905 polychrome storage jar with appliqué. The raised appliqué ring waving around the circumference of the pot constitutes an artistic flex for its stunning technical mastery. Rarely will anything like it be seen elsewhere.

The artwork of Nampeyo’s children and descendants also feature in the collection.

Another wonderful surprise. Like the moccasins. And the robes. And the blankets.

Western Spirit is full of them. 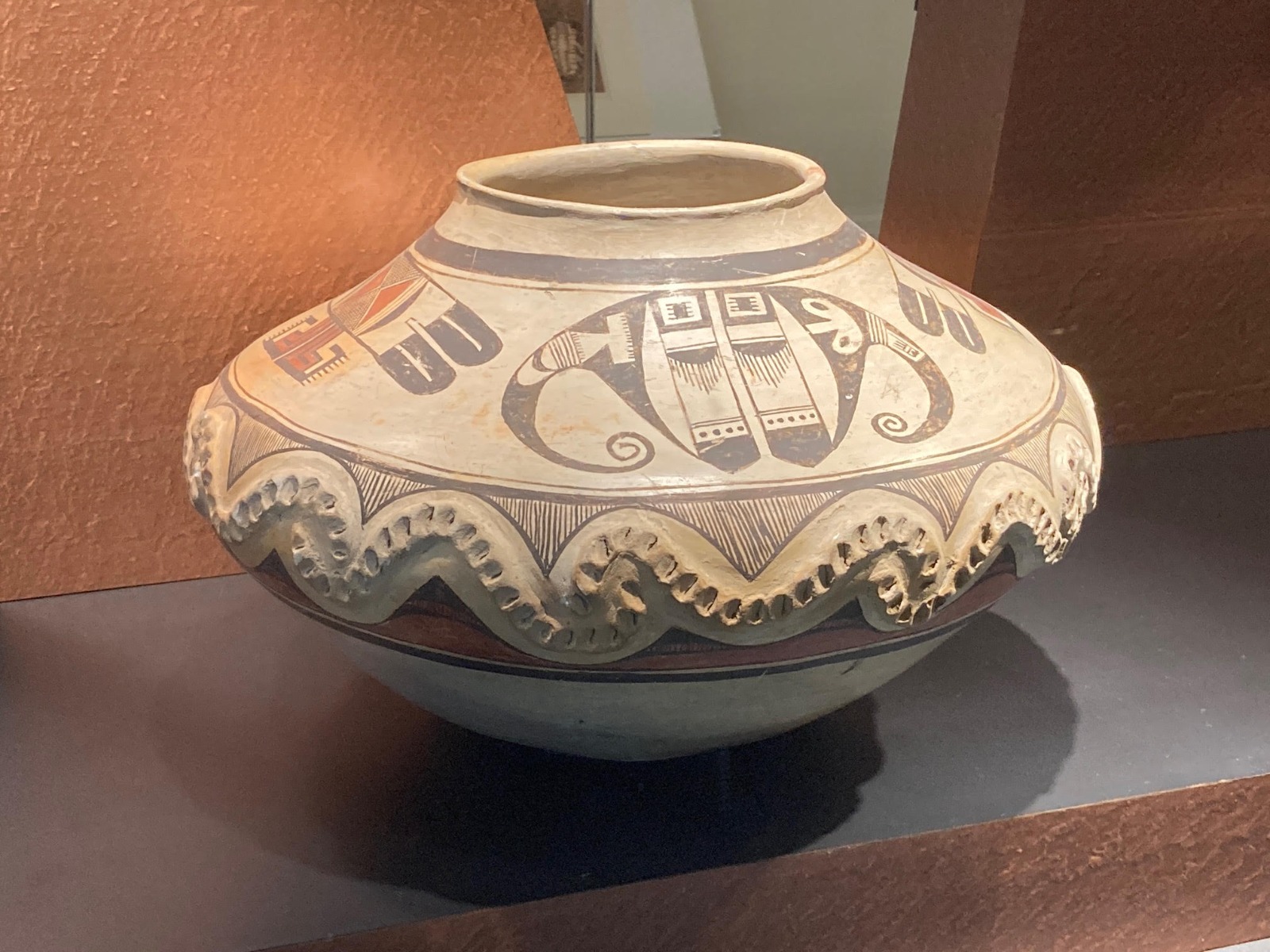