A premier collection of Indigenous art to see - and touch! - at the Coe Center 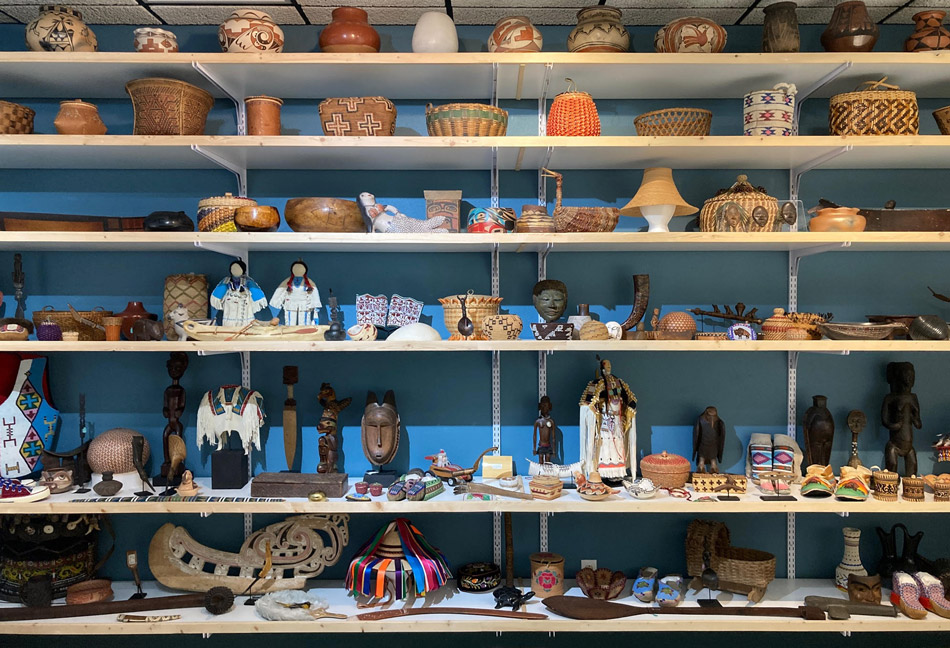 Indigenous artwork from around the world | Photo: Chadd Scott

Most of what visitors to the Coe Center in Santa Fe see on display there they will have seen before. Indigenous baskets, pottery, sculpture. Totems, beadwork, carvings.

Mind you, the items collected by the Center’s namesake, Ted Coe, are among the finest examples anywhere, still, they will be familiar to those who regularly frequent museums and galleries across the West.

The relationship the Coe Center allows guests to have with those objects, however, is what makes this a unique experience to be treasured. The Coe Center invites visitors to touch these magnificent pieces.

Not only allows, encourages!

Set free from the barriers of glass cases, “do not cross this line” lines, and security guards, artworks at the Coe Center take on an intimacy their museum cohorts do not. When you pick up a Pueblo pot and feel its weight, shake a rattle from the Northwest Coast to actually hear its sound – not just imagine it – hold a sweetgrass basket up to your nose to smell the materials, the items come to life in a way they simply cannot at a distance.

As a result, each future engagement guests have with one of the objects, even if purely visual, will be forever enriched from being able to experience it with all the senses at the Coe Center. 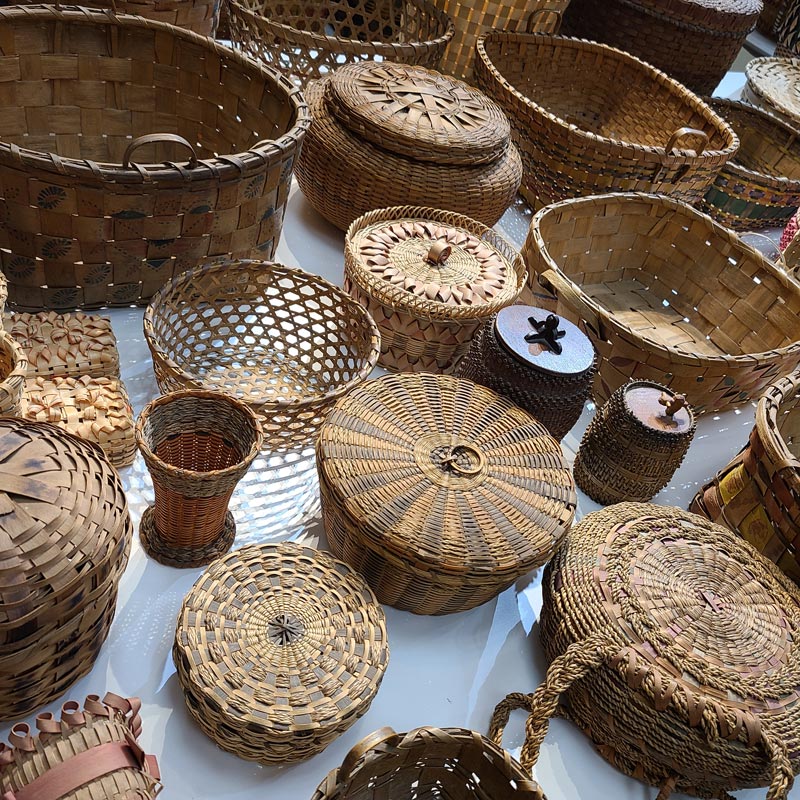 Ted Coe (1929-2010) was raised in a family of privilege in an estate on Lake Erie in suburban Cleveland. His family was steeped in collecting, particularly turn-of-the-century European modernism. His home was decorated with French Impressionist paintings.

An undergraduate art history degree from private Oberlin College was followed by an advanced degree in art history from Yale, a research position at the prestigious Victoria and Albert Museum in London and an entry level curatorial job at the National Gallery of Art in Washington, D.C.

Matriculating through these historic quarters of wealth and privilege, creators and guardians of an artistic hierarchy denying value to anything existing outside of the European, patriarchal lineage, Coe seems an unlikely trailblazer and champion for Indigenous artwork. The very artwork traditionally ghettoized by these establishments as “primitive” or “craft.”

He credits a Paul Gauguin painting of Tahitian women in his family’s collection for sparking an interest in the arts and people of Oceana, Africa and particularly Native America. He was 14 at the time.

It would be some years after that, 1955, before Coe purchased his first piece of Indigenous art, a Haida model totem pole acquired for the significant sum – at the time – of $150. The piece now resides in the Museum of Anthropology at the University of Columbia in Vancouver, B.C. 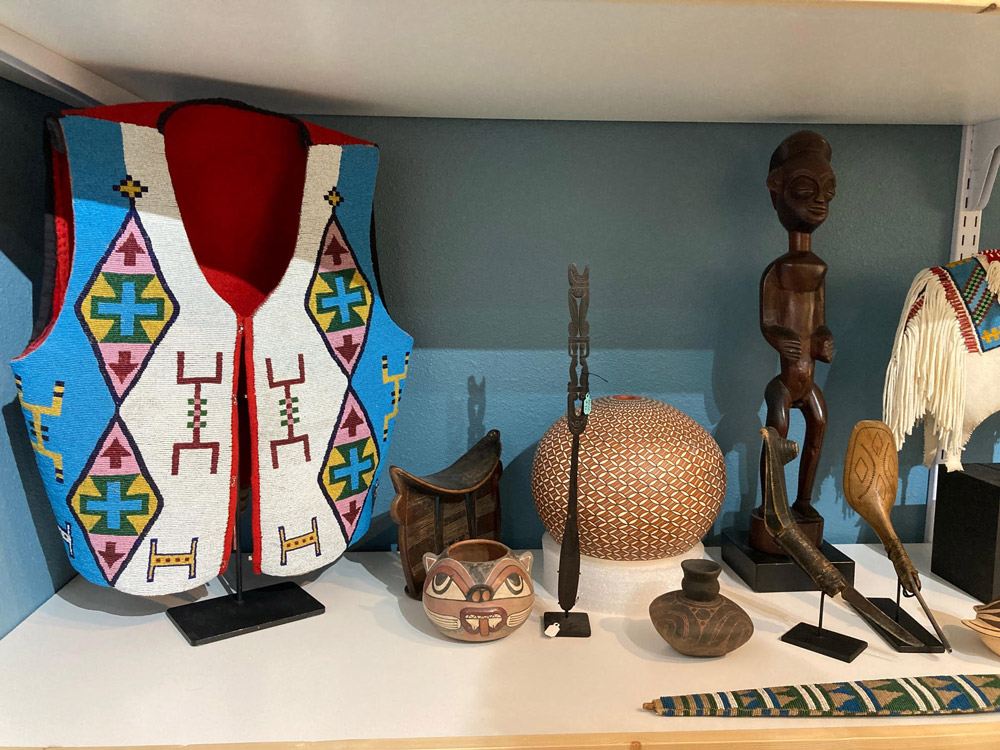 Coe began a 20-plus year career at the Nelson-Atkins Museum of Art in Kansas City as a curator of painting and sculpture in 1959. He would eventually rise to director, serving in that capacity from 1977-1982.

He is largely credited for the institution’s now exceptional holdings of both Native American art and Contemporary Art of the period, collecting areas with which he had to routinely wrestle with the museum’s entrenched patrons to acknowledge, steeped and comfortable as they were with Roman antiquities, medieval art, European painting and decorative arts.

A high spot of his tenure came in 1976 and 1977 when his curation of “Sacred Circles: Two Thousand Years of North American Indian Art” opened at the Hayward Gallery in London before traveling to the Nelson-Atkins. Coe painstakingly assembled the finest examples of Native American art known to exist from dozens of public and private collections around the United States and Europe. He organized the show, promoted it and wrote the catalogue.

“It takes these arts out of the realm of the kiddie corner and exhibits them in a way where the formal content and the tremendous dramatic impact become challengingly intellectual,” he was quoted as saying at the time by the Kansas City Star.

It would prove both a critical and popular revelation. 350,000 people saw the show during its nine-week run in Kansas City with nearly 75,000 copies of the catalog purchased. 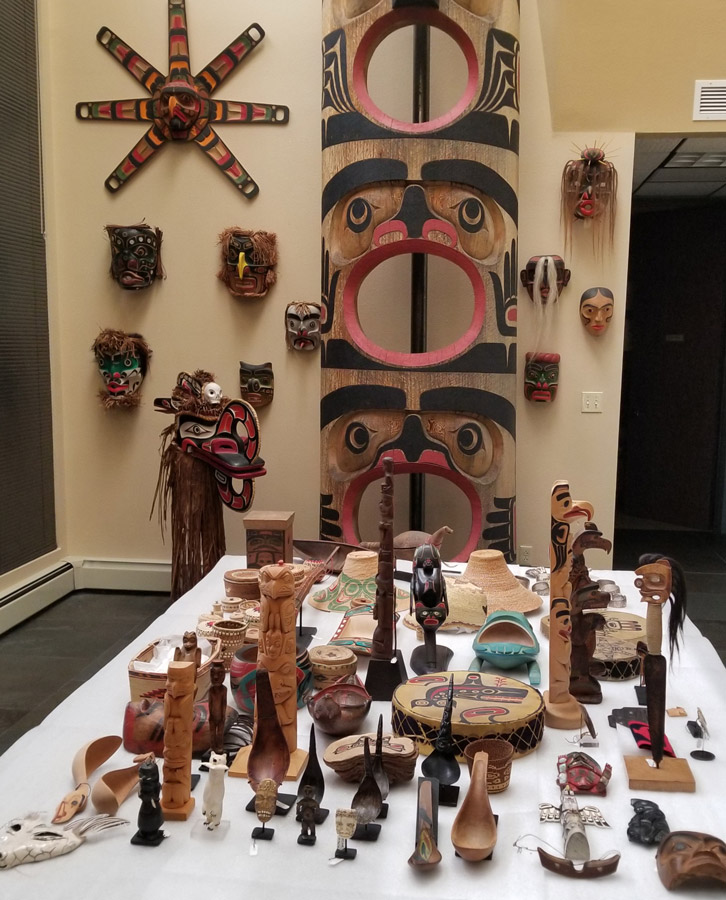 As enlightening as “Sacred Circles” was to the public, it was equally inspiring to Coe personally. Right after closing, he set out on a collecting adventure to British Columbia. He would spend the rest of his life similarly – driving unfettered across North America in search of preeminent examples of Indigenous artwork, in the days before cellphones and Google maps, purchasing from galleries, private collections and direct from the artists.

One interaction would lead to a recommendation for another and then another. He’d hopscotch across Indian Country occasionally covering hundreds of miles a day. He had the time of his life; his passion growing as his travels extended.

At the Coe Center, the collection spans countless categories. It also spans geographies, with Indigenous art from Africa and across the world also represented.

“(The collection is) eclectic on purpose,” Coe’s niece, Rachel de W. Wixom, who now heads the Ralph T. Coe Foundation for the Arts and Coe Center, said. “It’s not encyclopedic on purpose; its strength is its quirkiness.”

Wixom, who left a prominent position at the Whitney Museum of American Art in New York to steward her uncle’s collection, refers to the lot as, “messy in a good way.”

“He saw how everything was connected which is why he didn’t collect in one area,” she said.

If there is particular emphasis on one area, that would be Native American basketry. Coe’s collection may be the best in the nation.

The same caliber of objects he donated to the Metropolitan Museum of Art and other institutions across the country are now the objects (more than 2,000) guests can examine at the Coe Center. He moved to Santa Fe in his later years.

Eager staff break the “don’t touch” museum conditioning by initially handing visitors objects. By the end of a visit, no similar invitation is required.

Visitors are tapping drums, feeling the resonate base sound along with hearing it. Rubbing the rough carvings of totems – skin to wood – connecting with the object, the material and the maker. Remarking on the softness of moccasins, the smoothness of bowls. 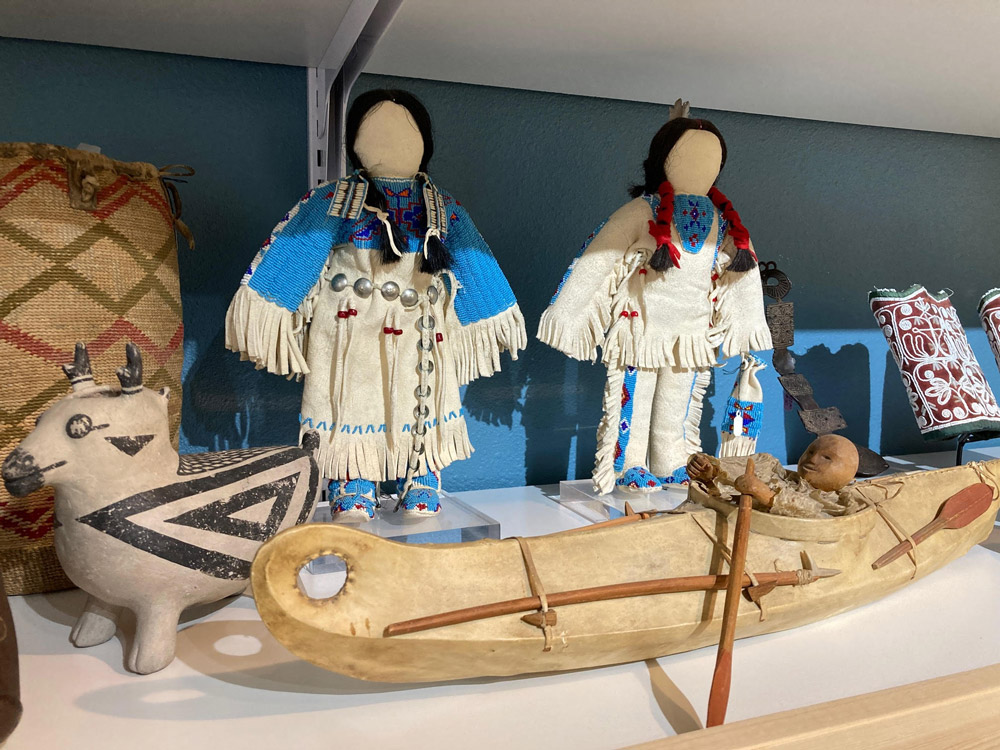 As remarkable as the “please touch” policy, the Coe Center is open to the public with free admission. Better yet, guests are required to schedule an appointment to engage with the collection, assuring that every visit is personal, private and guided. Staff takes into account each group’s size, age, level of interest and expertise in order to specifically tailor time on site to the individual.

When curators and multi-million-dollar collectors are invited into the sacred storage rooms of the nation’s best Native American art museums, this is the experience they enjoy. The same one now available to everyone at the Coe Center.