Ed Mell: Revisiting the Past 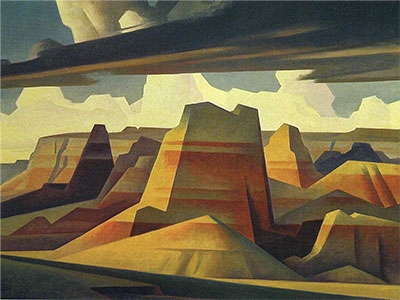 In the 1970s, Phoenix-born painter Ed Mell was living in New York City and working as an illustrator at prominent Manhattan-based ad agencies. He returned to Arizona to teach on the Hopi reservation for two summers, and something clicked.

”When you go from New York City to Hotevilla on Third Mesa, it was such an amazing shift~a great change. Everything about it was just really wonderful. The people, the land,’’ he says. “I started thinking that maybe it's time I move back West. When I did finally move back I could feel the wheels rolling, especially as I started seeing things again for the first time.”

What comes next is Arizona history: Mell returned to Arizona and developed his contemporary Western painting style, with its abstracted forms and modernist leanings, and his work slowly worked its way into the very DNA of the state. 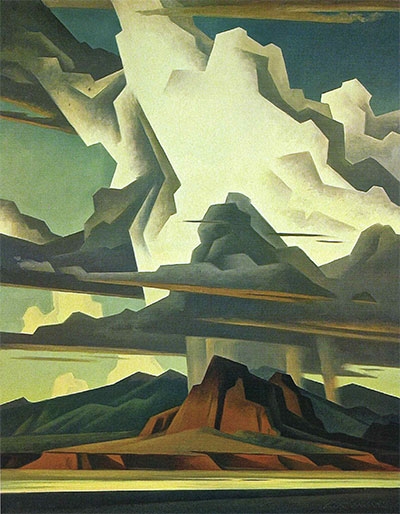 For Mell’s newest show at Mark Sublette Medicine Man Gallery in Tucson, Arizona, the artist will revisit one of the locations that inspired his return, Coal Mine Canyon on the Hopi and Navajo reservations in Northern Arizona. In "Eroded Forms of Coal Mine Canyon," Mell paints the jagged tooth—like structure of the canyon, which is banded in chalky-white and red-tinted rocks stacked in sedimentary layers. Above the canyon is a knife-like storm cloud that stabs through the calm skies. Travel through the canyon is heavily controlled by both tribal nations, requiring permits and in many cases Native guides. Mell remembers a friend taking him through the canyon during his teaching trips in the 19705. ’’It didn't even have a paved road to get back in there and see some of the most striking features,” he says. ”And even the turnoff to get there was a pretty far distance from the highway. It was so secluded, so much that I'm not even sure how much I can talk about the route to get there.” 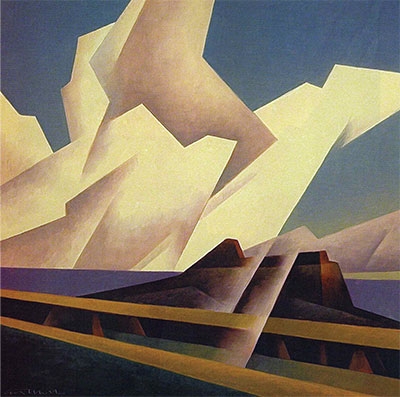 Mell has many memories of visiting some of Arizona's most popular destinations for the first time, places like Sedona and red-rock country, the Superstition Mountains and, of course, the Grand Canyon. ”Growing up we visited all those places, many of them in a 1940 Oldsmobile,” he remembers. ”My grandfather had a cabin in Prescott, so we would go for a week or two every summer. Later I built a house out there in an adjacent area. As a kid I remember Prescott having this small—town feel. There was swimming hole that was fed by a stream, and rope swings off trees, and people would make floating wooden rafts, and all of it was in just a really beautiful area. It was a childhood dream.”

These places had sparked his adventurous spirit, but art wasn’t yet on his mind. ”That came later. At that age I was enjoying it but I wasn't sure why,” Mell adds. ’’It was just nature and it was so enjoyable.” 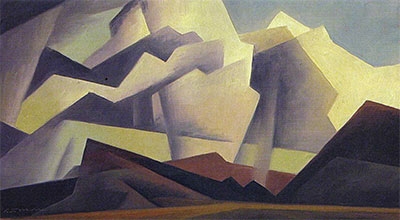 When art did strike him it was in New York, where he found paintings that showed a very minimal interpretation of the landscape. He was moszly drawn to the modernists—Andrew Dasburg, Raymond Jonson, Victor Higgins and others—and color field painters, though Maynard Dixon eventually seeped into his psyche. ’’I realized that the more chance you took,” he says, ”the more interesting the paintings became.”

Mell has never stopped taking chances, and it can be seen in his new works. In "Clouds Open Up," he pulls the horizon down to the lower half of the painting so he can focus on monumental clouds that are rising up into heavens. The sky itself begins a light blue and grows darker at the higher elevations, suggesting the coldness of the stratosphere on the edge of space. The forms, both light and dark in layered sections, create a scene that would suggest a ferocious storm, but Mell’s composition instead offers a peaceful scene, one where a desert storm is a life—giving embrace over the land.

In other works, his shapes feature more prominently abstract elements: "Cloud Force" is essentially three lines that branch into earth and sky, "Late Rain" would be a purely abstract work if not for the realistic colors in the soil and clouds, and "Rain Strike" has a depth to the background that pivots around a lighting strike that slices through a storm.

These new works will be on view beginning January 19 at Mark Sublette Medicine Man Gallery in Tucson, Arizona. The show runs through February 16. An opening night reception will take place January 19, from 5 to 7 p.m.

“When your name is synonymous with an adjective, you have achieved the pinnacle of success as an artist. Ed Mell in one such artist. An ‘Ed Mell sky’ provides immediate visual imagery of the West, a term not easily supplanted by others." - Mark Sublette, president/CEO, Mark Sublette Medicine Man Gallery 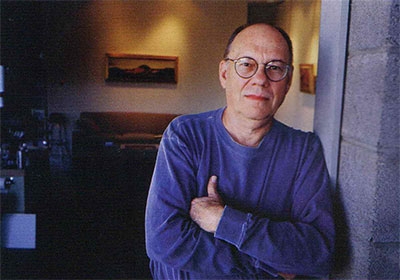 Ed Mell in his Phoenix Studio Photograph by Dan Budnik