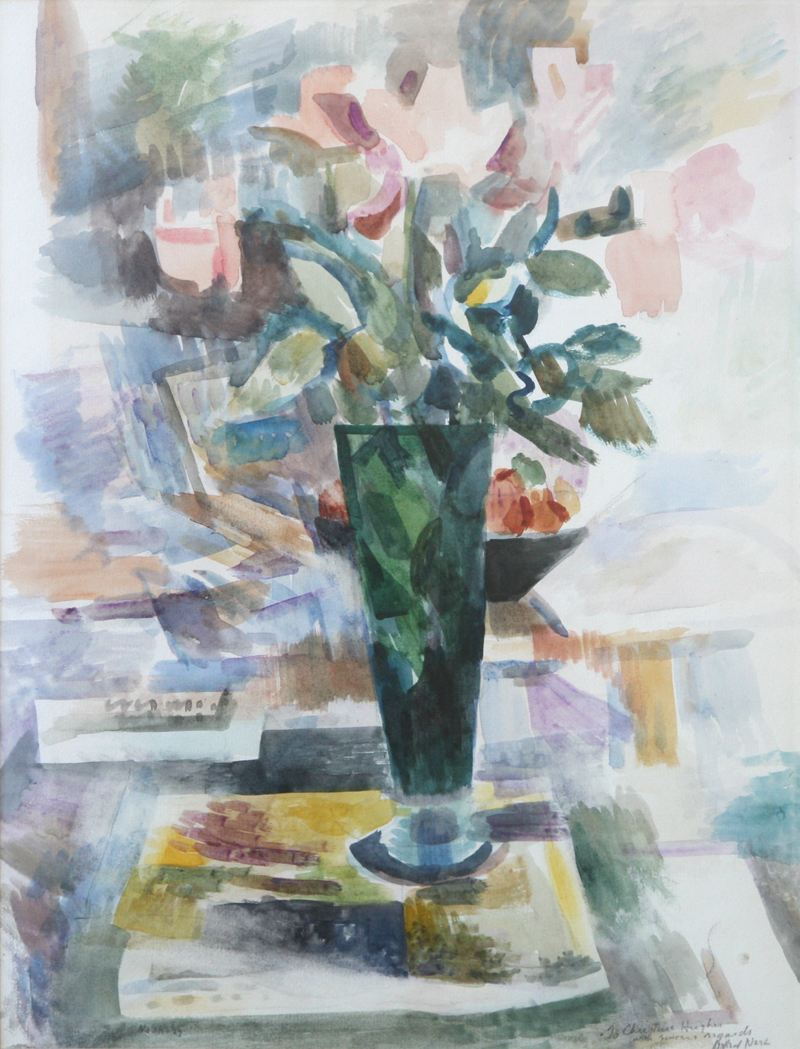 Willard Nash, referred to hyperbolically as "the American Cezanne," was the most progressive and multidimensional member of the short-lived group of Santa Fe artists known as "Los Cinco Pintores." Having received some fine art training at the Detroit School of Fine Arts, Nash traveled to Taos to work with the famed modernist painter Andrew Dansburg, who had been talked into decamping from the Woodstock Art Colony in New York and coming to New Mexico by Mabel Dodge. A former student of famed Ashcan School painter Robert Henri, Dasburg had turned even further from the academic style he had been taught, and helped Nash do much the same.

Like his mentor, Nash did not have a particular "signature" style, producing variegated works that ranged from riffs on the landscape and people of New Mexico to completely abstracted pieces. The influence of Cezanne upon Dasburg, who had once watched the great master paint in his studio, was passed along to Nash, whose paintings retain Cezanne's preoccupation with shadow and color. In fact, it was the vivid, almost garish colors of the Cinco Pintores' first show that got the attention of the Santa Fe art community. A critic attending the show wrote that "upon entering the galleries, visitors are greeted with a great shout of color that's almost stimulating."

Though they believed themselves to be modernists, or at least billed themselves as such, Los Cinco Pintores was a loosely-formed coalition of painters painting in greatly disparate styles. Fremont Ellis and Will Shuster can't even generously be labeled modernists, and Jozef Bakos and Walter Mruk are better defined as fauvists or impressionists. Nash came the closest of the group to modernism, dabbling in cubism, fauvism and expressionism while adhering dogmatically to none.

Nash exhibited pieces in two Whitney Biennials and was favorably reviewed by the artistic press. In 1935, he accepted a teaching post in Los Angeles and moved to California with plans to eventually return to Santa Fe. It was not to be; not only did Nash's output dwindle while in California but, in 1943, he contracted severe tuberculosis and shortly died.