Warren Rollins was born and raised in California. He studied under Virgil Williams at the San Francisco School of Design, eventually becoming the Associate Director of the school. After studying in the East, Rollins moved to San Diego, where he began to paint Indian scenes, basing his work on his travels in the western states. 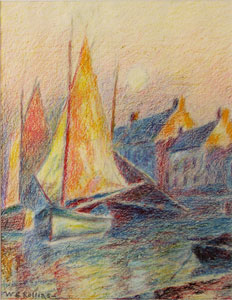 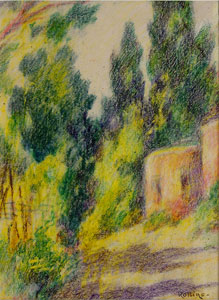 These Indian scenes became quite popular and, in 1917, the Santa Fe Railroad gave him a studio in El Tovar where he could paint the Grand Canyon. He traveled extensively in New Mexico, being amongst the first white artists in Santa Fe. His first painting show in Santa Fe were before 1910, and he moved there for the first time in 1915, encouraged to do so by his friend E.I. Couse. 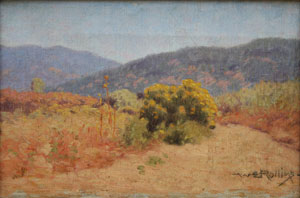 He exhibited often in Santa Fe, having twenty-five exhibitions between 1916 and 1977. He was known as "The Dean of the Santa Fe Art Colony," and was commissioned for both commercial and consumer pieces, including a portrait of Calamity Jane that hung in the Billings Club until it was destroyed in a fire. He taught at the Palace of the Governors and served as the Santa Fe Art Club's first president. In the 1940s he spent time in Baltimore creating seascapes, predominantly in crayon. He died at the age of 100 in Winslow, AZ. 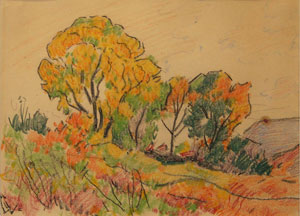