Masterful Zuni artist Teddy Weahkee was a renowned carver of fetishes as well as a master jeweler and painter of fine art. Teddy received his basic education at the Phoenix Indian School. He then returned to Zuni Pueblo.  Teddy began learning silversmithing after being the only Zuni to volunteer for service in World War I. Largely self-taught, he became proficient in most jewelry techniques by the early 1920s. He began making jewelry, and sold his work to C.G. Wallace and other traders of the period.

Teddy became interested in fetish carving while participating in an archaeological excavation at the historic Hawikuh Pueblo. Hawikuh means “gum leaves” in Zuni. The pueblo was founded in 1400A.D. It is located 12 miles southwest of the Zuni Pueblo in New Mexico. It was here that Teddy gained first-hand knowledge of ancient Zuni art forms. This experience influenced his fetish designs which closely resemble historic Zuni forms and human figures. During his time at Hawikuh he also did excavations alongside famous fetish carver Leekya Deyuse. Teddy and Leekya were among the first to carve figures sold to the public.

A prolific artist, Teddy revived mosaic overlay on shells and inlay work on wooden ornaments, and complex designs from Zuni culture. He also created images from Hopi and Plains Indian culture. He was known to use natural, gathered materials in his artwork. Items such as Zuni rock, antlers, and basalt. His fetish bundles often contained turquoise, exotic shells and arrowheads tied on with genuine sinew.

During the 1920s to the 1950s Teddy contributed fine art paintings, oil on canvas, two-dimensional dance figures on deerskin and three-dimensional compositions.

Teddy also served, for a time, as Governor of Zuni Pueblo. 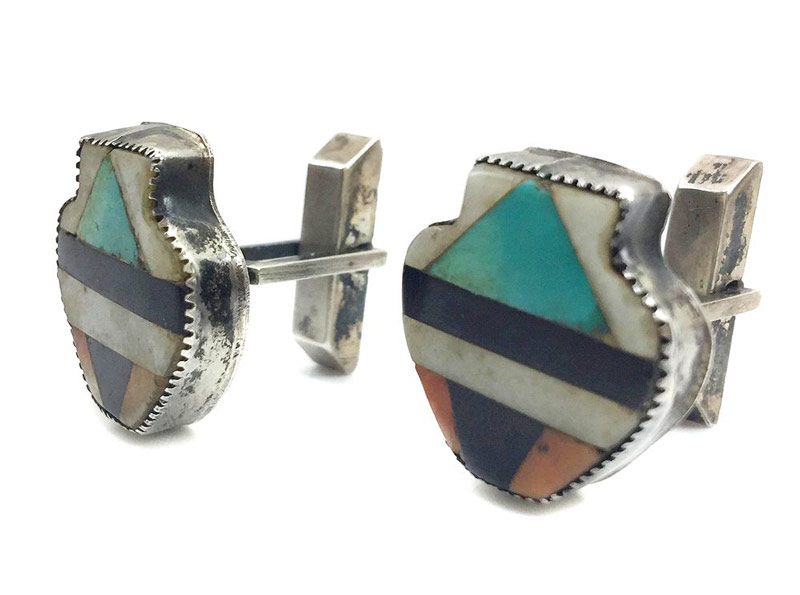