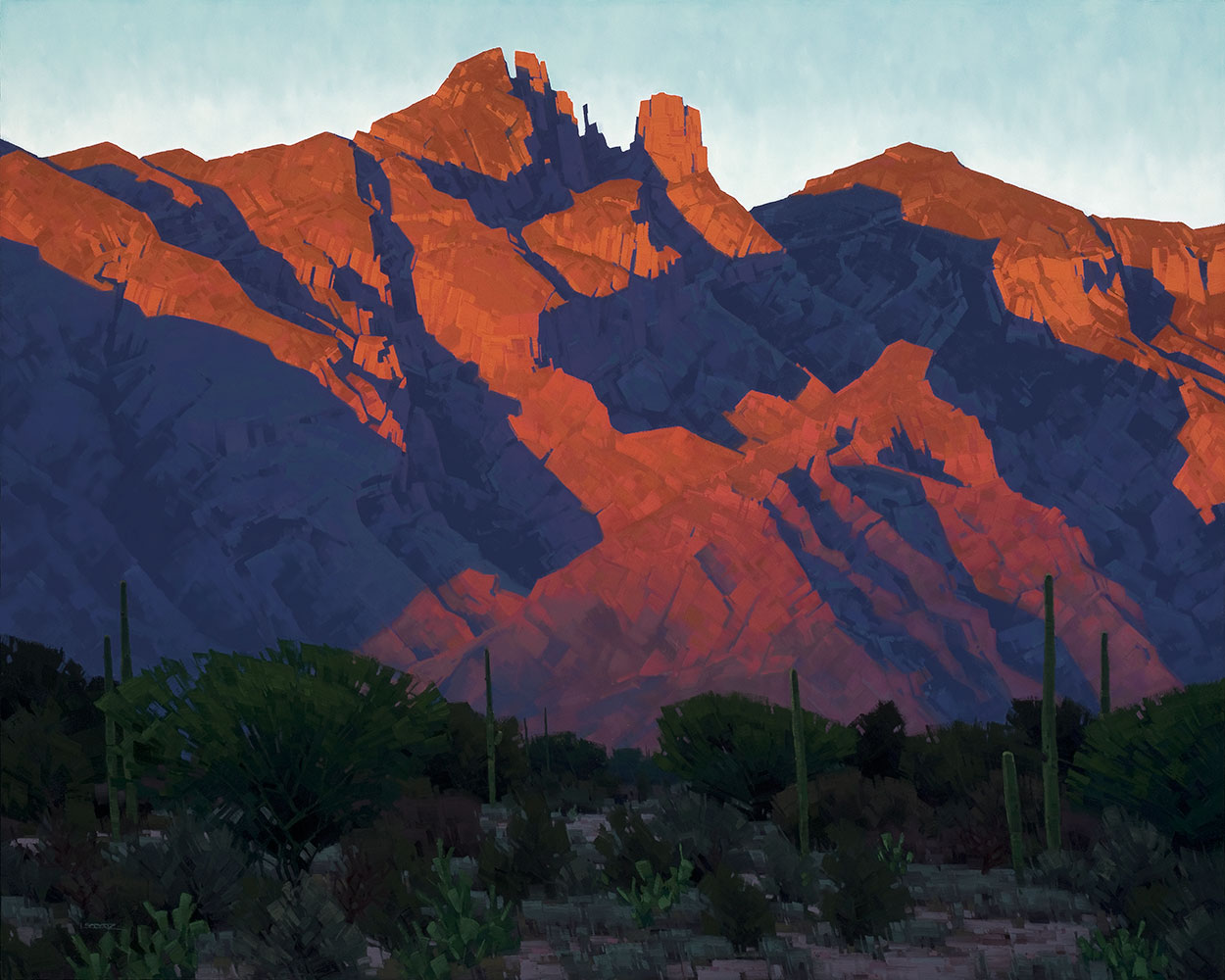 When painter Stephen C. Datz was in college, he took a backpacking trip with his fiance, now his wife, and her friends in Utah, where they hiked through the stunning geology of the Moab and Escalante areas. The trip and its highlights stuck with Datz, who did more hiking back home in Colorado.

"Seeing all those places really got me fired up about landscapes. These new pieces I'm working on are sort of an homage to some of those places that spoke to me, specifically the desert," Datz says. "I'm calling this show My Desert because it's chock full of popular places that are personal to me, places I've been to once or in some cases many times." 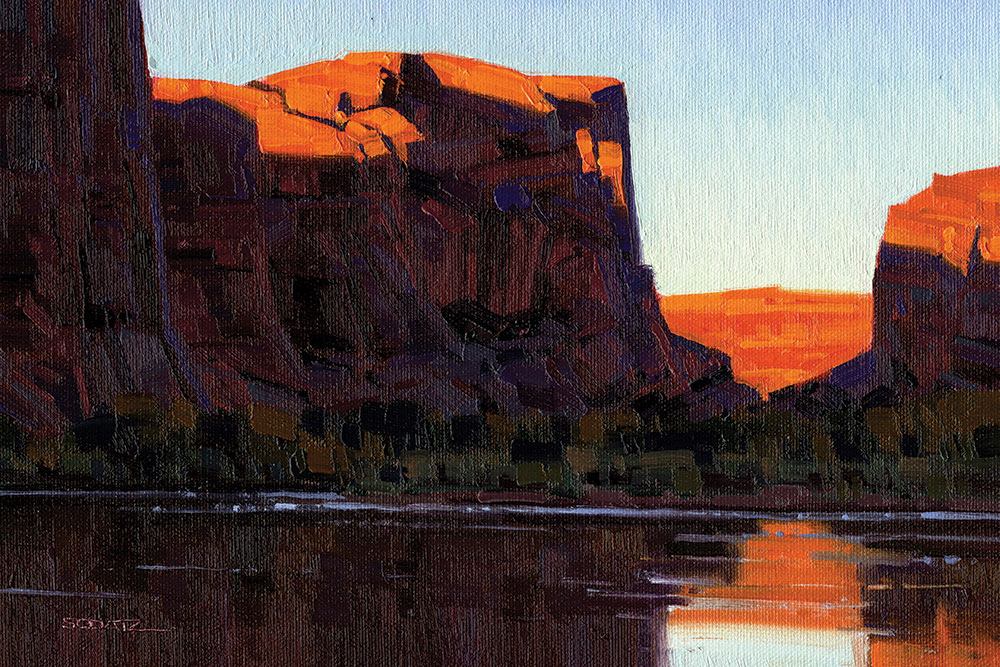 My Desert opens on March 11 at Mark Sublette Medicine Man Gallery in Tucson, Arizona, and it will feature two dozen of Datz's stunning landscapes including canyon pieces Rim Light and The Heart of the Canyon, and several scenes in which weather and clouds play a dominant role above the desert floor. In No Sound But the Rain, the Colorado painter lets immense storm clouds dwarf desert peaks in the far distance, and in Among the Titans he paints a low-hanging mist as it clings to rocky formations at varying distances in a layered composition.

"That formation is Fisher Towers in Utah. That particular area is really rich with earthy red rock. When I painted it, the sun was shining until the weather started to come in and look a bit threatening," he says. "Scenes like this have a mythic quality to them. Mythic like Lord of the Rings, where you get a sense of the size, scale and the scope." 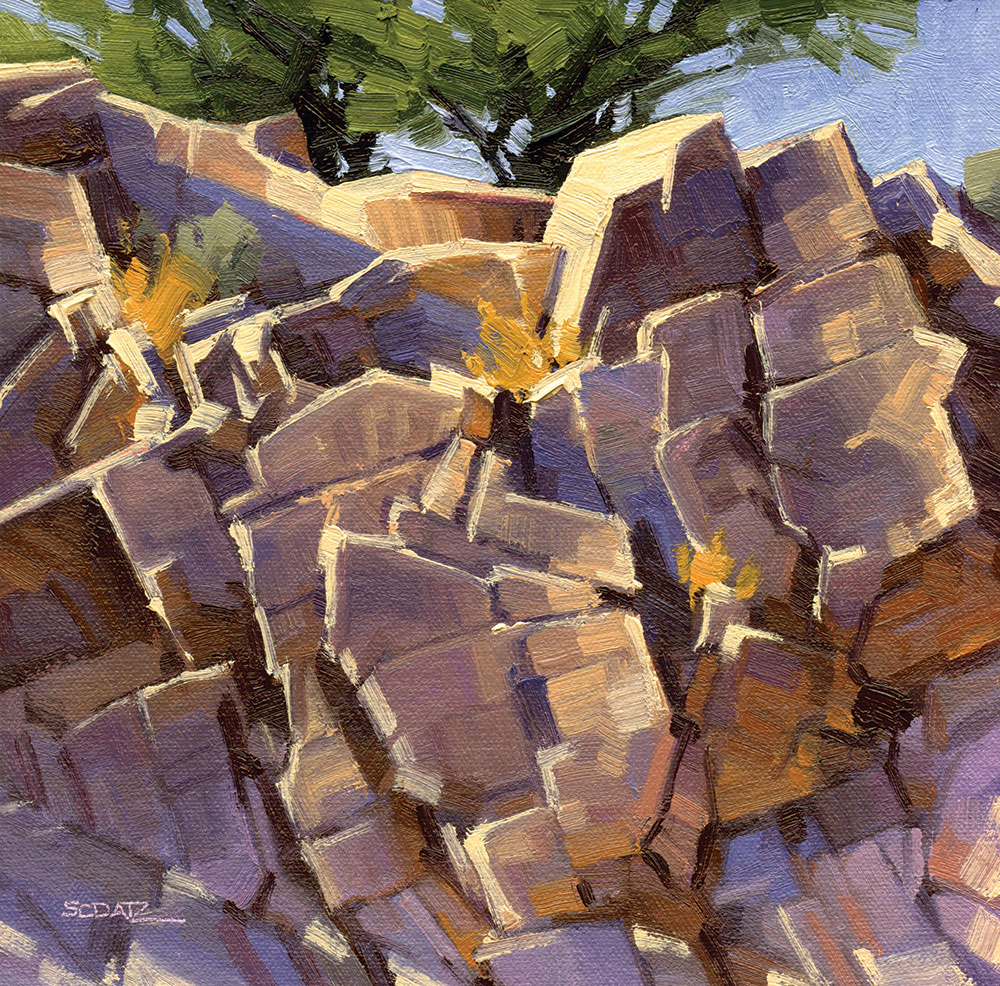 For 20 years Datz largely did plein air painting on location. These days, especially with larger canvases, it's not feasible to do everything outdoors, though he still does smaller pieces in the wild. "Right now I'm really just enjoying getting in and exploring and seeing where nature takes me, and then worrying about the painting when I get back in the studio," he adds. "That discovery is really an organic process. I'm not the sort of person who says he's going to paint X, Y, and Z and then does it. I have a tremendous amount of fun in taking my time and experiencing the places I visit."

The new show will feature a variety of painting sizes, including a number of pieces in a square format. Datz once thought the format was too static for his artwork, but he's slowly come around to the size and its advantages. "I'm enough of a contrarian that I decided I wanted to square work, and that's what I've been doing for about five years," he says. "It's a challenging format to fill. You have to be careful composing in a square format because it's symmetrical, so it's a challenge to break that space up with some movement without getting trapped. It's proving to be a lot of fun." 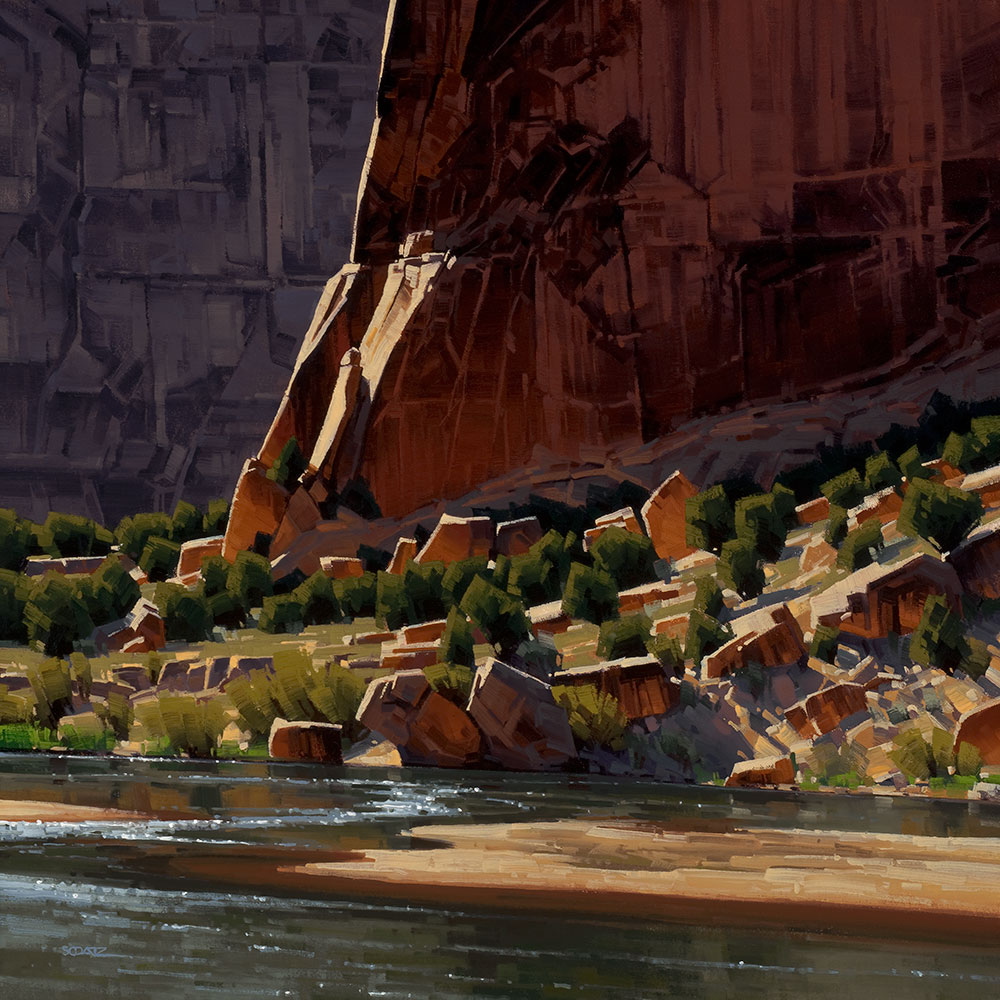 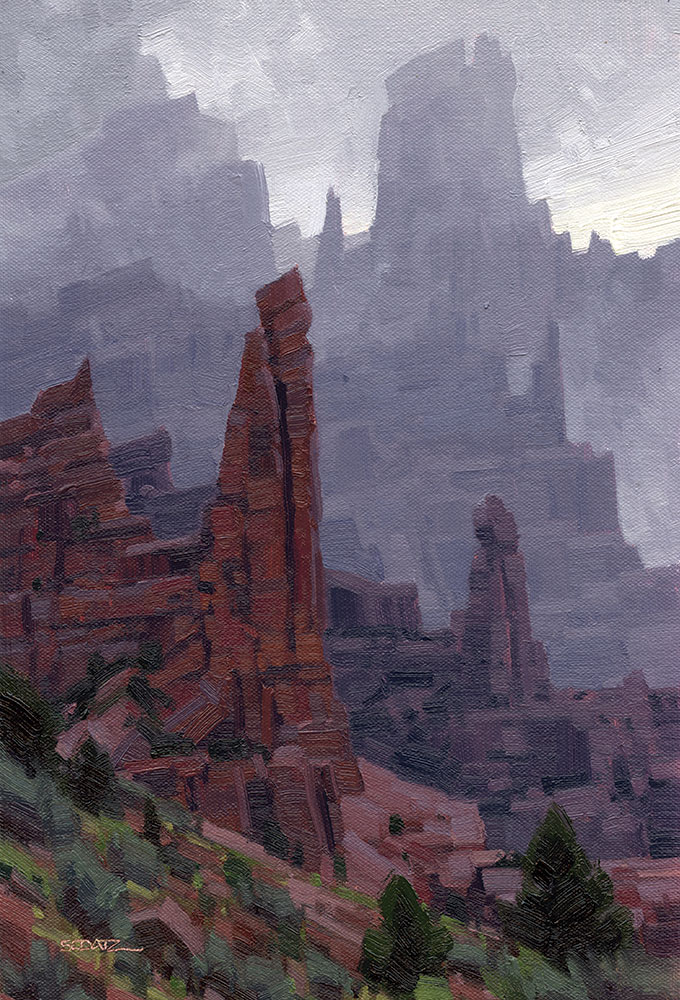