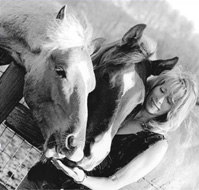 Star Liana York tells the story of her own discoveries through her art. While her career as a professional sculptor began over twenty years ago, much of the recognition she has achieved comes from a body of work created after moving to the Southwest in 1985. It reflects her introduction to the native peoples of the area such as Navajo, Apache, Hopi, and Pueblo, as well as the wildlife and unique rock art. In the narrative tradition of American Art of the West, her work succeeds in capturing authentic aspects of the past and interpreting historic figures with convincing realism. 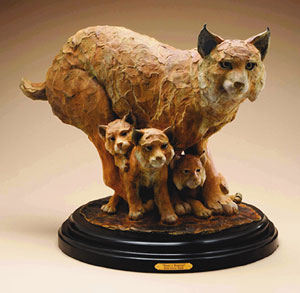 Star York's interest in people, animals and the environment is global, although the source of inspiration for a significant part of her work continues to come from Native American cultures. Another portion of her inspiration comes from raising and training quarter horses which is manifested in her series of sculptures depicting horses. Their portrayal in her hands is spirited, articulate, and lyrical; evidence of the empathy she feels toward her subjects.

Each sculpture is a part of a narrative. Beneath the storytelling surface are figures animated by individuality and personality, derived in part from Star's remarkable talent for expressing the thought of her subject. This sensitivity in representation combined with her attention to detail contribute to an underlying message of oneness with the natural world which is in much of her work. 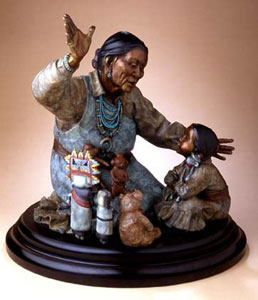 From the balance and quiet strength reflected in a subtle gesture or expression to the metaphor extended in time and space, Star is able to give even her stationary figures a palpable sense of place. By engaging this full range of sensibilities, the viewer in turn receives a more satisfying aesthetic experience.

While she has found the Western idiom to be versatile, powerful and true for many of her feelings and ideas, Star York's willingness to experiment with tradition and her need to continue territorial investigations sometimes compels her to step outside the genre that has brought her success. By choosing to follow unfamiliar paths in a personal search for meaning, she secures the integrity of her artistic career. 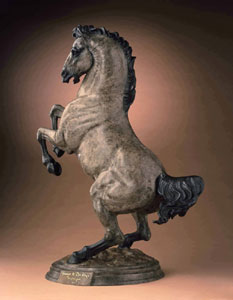 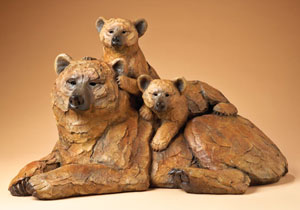