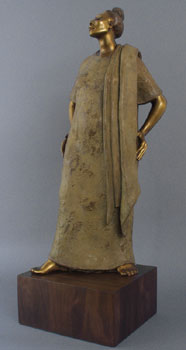 Of the Navajo women, who Shirley Thomson-Smith got to know and respect, she has this to say: "I was fascinated by those women. Their message was a non-verbal transmission of thought, feeling and strength. I've always admired Mexican, African and Indian art. My figures are a synthesis of all these." 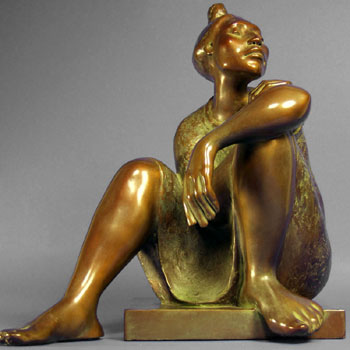 Shirley Thomson-Smith's sculptures are boldly modern works, highly influenced by her understanding of early 20th century American and European art. These powerful style icons of individual women or sympathetic groups radiate great sensitivity, love and a magic authority because of their presence and simplicity. They are matriarchs, Earth Mothers, but above all else they represent sensitivity, the women's historical role as the cornerstone of society and the passivity, intuition and stoicism on which civilization depends for survival. 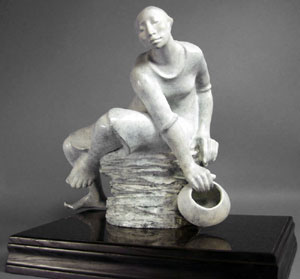 Strongly influenced by the formal abstract qualities and elegance of both modern art and tribal cultures, Shirley Thomson-Smith's bronze sculptures evolve from dynamic syntheses of modern formal solutions to form, shape and surface and this keen understanding of traditional cultures and native art forms. The simplicity of their design and surface give them both a sense of authority as well as an expressive power. They convey pathos, dignity and organic strength in a position of repose. They demonstrate Shirley Thomson-Smith's great skill in handling materials and her studied technique. 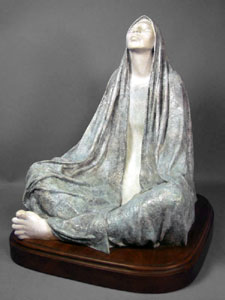 Dispensing with anatomical detail, Shirley Thomson-Smith enhances the textural quality and strength of her figures by transforming raw materials into gently flowing human forms. Shirley Thomson-Smith works without a model or preliminary sketches; the final form evolves from her intuitive response to the material. Bronzes are cast by the lost-wax method at a nearby foundry, where Shirley Thomson-Smith oversees the finishing touches: cleaning, chasing (embossing on metal) and applying of patina. 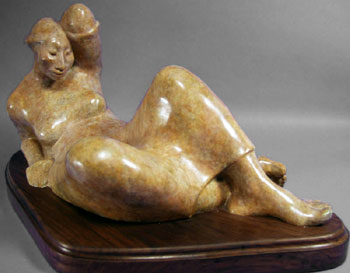 Shirley Thomson-Smith studied art at the University of Oklahoma and Oklahoma City University. Thomson-Smith is a lifetime member of the Oklahoma Sculptor society, National Academy of Western Art, Member of the National Sculpture Society and founding member of American Women Artists and the West. Shirley Thomson-Smith's work is represented in galleries and collections across America, and she is a participant and award winner of both national and regional competitions. 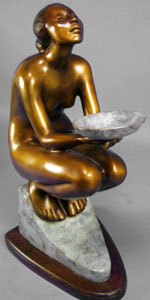 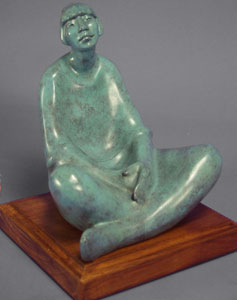