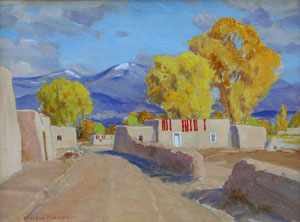 Sheldon Parsons was born in 1866 in Rochester, New York one year after the end of the Civil War. He studied at the National Academy of Design with William Merritt Chase, Edgar Ward and Will Low. From 1895 to 1912 he was a successful portrait artist in New York City painting President McKinley and Susan B. Anthony among others. He also gained recognition for his landscape paintings of Westchester County scenes. Parsons was married to a well known photographer, Caroline Reed Parsons and had a young daughter named Sara. Caroline died in 1912 and Sheldon contacted tuberculosis about the same time. 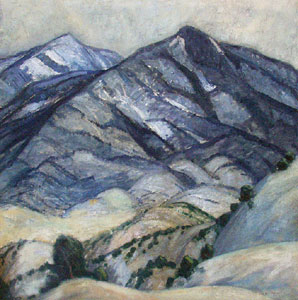 Seeking a new start and a healthier climate, Parsons drove West with his daughter to Santa Fe. When he experienced the vivid colors and soft architecture of the Southwest, he never painted figures again. A Santa Fe art colony was not established until 1921, but Parsons became one of the earliest resident artists and was known for his "happy, serene, impressionist landscapes." 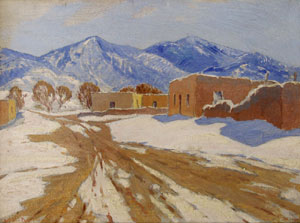 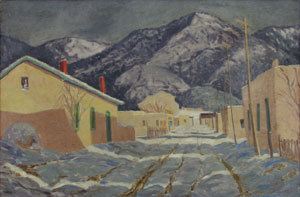 Parsons work was well received in Santa Fe. He often showed at the Palace of the Governors with many other local artists of the day. When construction was complete on the new building, he became the first director of the New Mexico Museum of Fine Art in 1918. A number of Parsons paintings are in the permanent collections of both places. 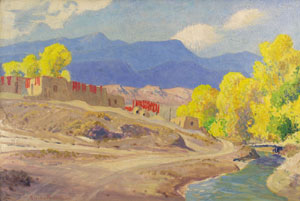 In 1919, several years into their life in Santa Fe, Sara met and married the artist Victor Higgins. Even though the marriage only lasted four years, it has been said that the influence of Higgins can be seen in some of Parsons best work from the '20s and '30s. 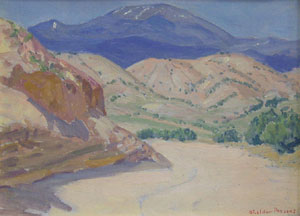 Parsons work was not considered modernism, but his affinity for the more progressive New Mexico artists caused political friction at the Museum and cut short his tenure as director. His life came to an end in September of 1943, just as abstract expressionism was beginning in New York City. 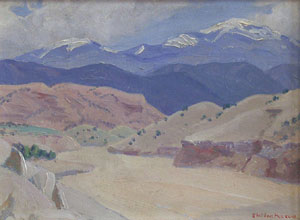 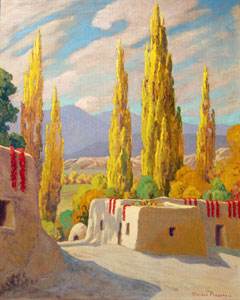