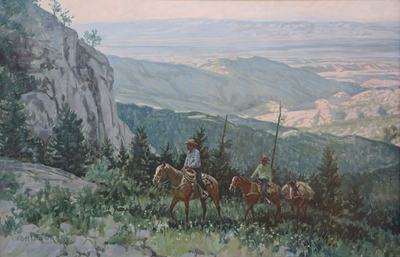 Ross Stefan was born in 1934 in Milwaukee, Wisconsin. His father, who worked in advertising, introduced him to art at a young age, and young Ross Stefan had his first one-man show at the age of 13. His first (and perhaps only) major influence was the noted Wisconsin illustrator Dan Muller, a visit to whose studio marked a major developmental turning point in his career. 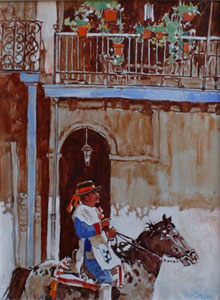 Due to ill health, Ross Stefan moved to southern Arizona in 1953, where he became an art student at the University of Arizona. In his spare time, Stefan worked as an illustrator for the Tucson Daily Citizen, using a melding of his own self-taught style with that of his early muse, Norman Rockwell. This foray into paid work convinced Ross Stefan to quit his studies at the University and begin painting full-time in 1955 in a studio and gallery he established in Tubac. It was also in 1955 that Ross Stefan first traveled out into the desert to spend time with the Navajos, painting and drawing the people and landscapes of the untouched West. 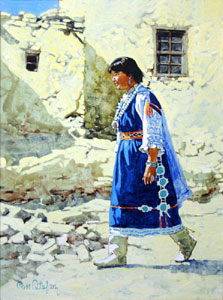 Fame came to Ross Stefan in 1971, when his one-man show in New York City virtually sold out on opening night. From that point onward, Stefan's work was amongst the most coveted and best-collected in the state of Arizona, with major retrospectives of his work at the Phippen Museum, the Harmsen Collection, the Denver Art Museum, the Pierce Western Collection, the Phoenix Art Museum and the Sangre de Cristo Arts Center. 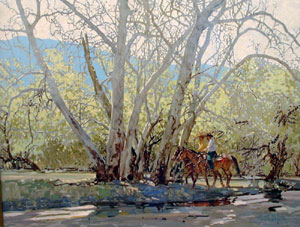 Ross Stefan's work is often described as "Southwestern Impressionist", a reduction that takes into account his broad strokes and heightened color palette without considering the proportional accuracy and spatial realism of his landscapes, figures and architectural depictions. Ross Stefan's scenes of pueblo life and the southern Arizona landscape are still archetypes of the genre, and his legacy is secure as one of the leading Arizona artists of the twentieth century. 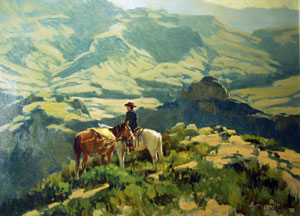 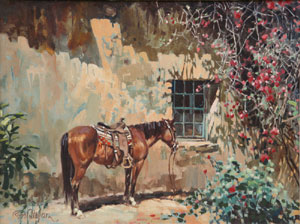 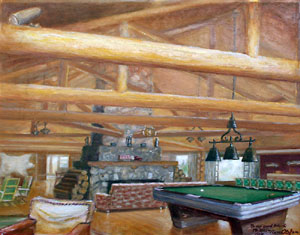