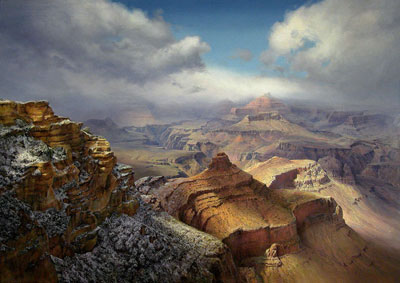 Peter Allen Nisbet was born in North Carolina in 1948 and began the study of painting at age ten. He has been a student of fine art for thirty-five years, beginning in water colors and proceeding to oils by age 25. P. A. Nisbet received a liberal arts degree from the University of North Carolina followed by a commission in the United States Navy. He served as a line officer at sea with a ten month tour of duty in Vietnam. During that time P. A. Nisbet was appointed by the Secretary of the Navy to serve as Director of Art Services for the Navy's Office of Information. Following Naval Service in 1974 he commenced a free-lance commercial art business providing graphic design and illustration for over twenty-five national organizations. In 1980 P. A. Nisbet located in the Southwest and began painting landscapes. Since then he has completed and sold hundreds of paintings which are derived from experiences throughout the world. P. A. Nisbet has traveled to such remote places as the South Pole and China, but his preferred locale for painting is in the deserts of the Southwest and Mexico. 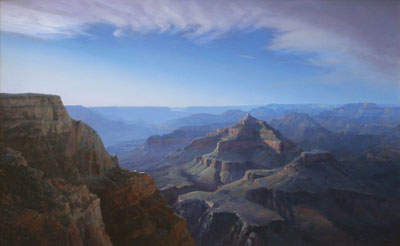 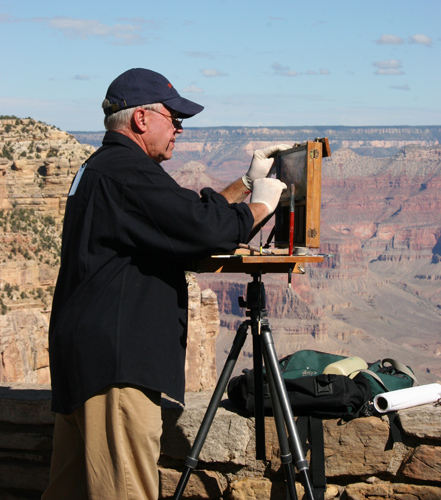 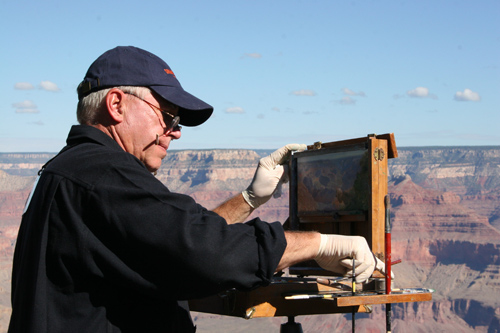 Grants and Other Involvements: 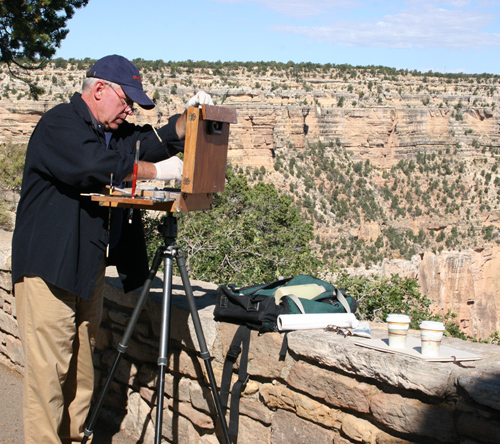 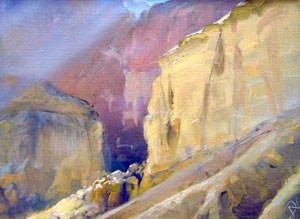