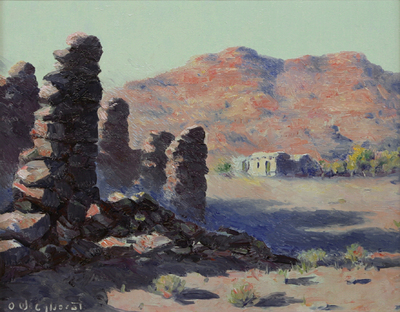 Olaf Carl Wieghorst was born to a display artist and a photo retoucher in Viborg, Jutland, Denmark in 1899. His education was in the Copenhagen public schools and, at a young age, he developed an acrobatic act at the Tivoli Theater in Copenhagen where he was breathlessly billed as "Little Olaf- The Miniature Acrobat." By the age of fourteen Olaf Wieghorst, who would eventually grow to be over 6'4", was too big to be logically referred to as miniature, and started working on a stock farm, where he first learned to ride horses and began to teach himself to paint. 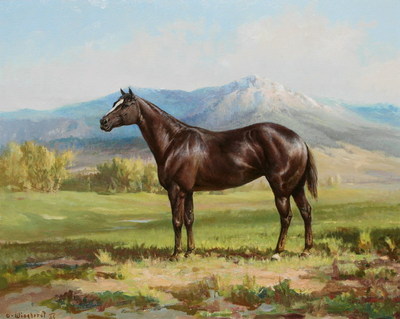 The passion that Olaf Wieghorst developed for horses would be a source of lifelong inspiration. Transfixed by the stories and images of the American west, Olaf Wieghorst joined the crew of a Dutch shipping vessel and promptly jumped ship in New York City, despite the fact that he had $1.25 to his name and knew not a word of English. Olaf Wieghorst joined the US Cavalry and was stationed at the Mexican border as a horseshoer, a job that allowed him contact with his primary preoccupation. He also learned rodeo and trick riding techniques from the men around him and further developed his painting style. 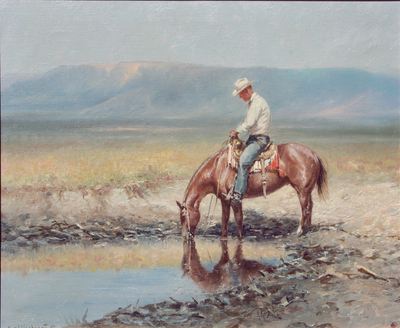 Olaf Wieghorst left the service and worked as a ranch hand in Arizona at the Quarter 2C Ranch, whose brand he adopted as his insignia. Olaf Wieghorst returned to New York City in 1923 and joined the police force, graduating in 1925. He was assigned to the Police Show Team of the Mounted Division, and continued to paint. The first professional representation Olaf Wieghorst had was in 1940 when an agent he had found sold vast quantities of his work to publishers as calendar art and western illustration. 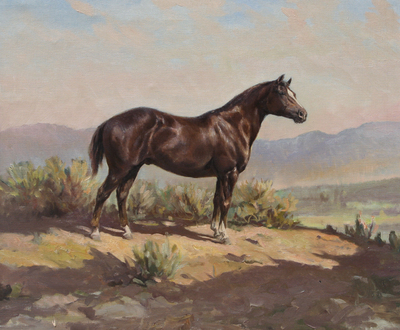 The change in his lifestyle after he began to find artistic success was dramatic. By 1942 his commissioned paintings went for $500 and, two years later, Olaf Wieghorst had retired from the Police Department and was living in El Cajon, CA. Olaf Wieghorst would produce the majority of his life's work in California and would be best known during his lifetime as a painter of horse portraits, including such equine celebrities as Roy Rogers' Trigger and Gene Autry's Champion. ghWieghorst's work is in many prestigious western collections, including those of Barry Goldwater, The Eisenhower Library and the Whitney Gallery in Cody, Wyoming. 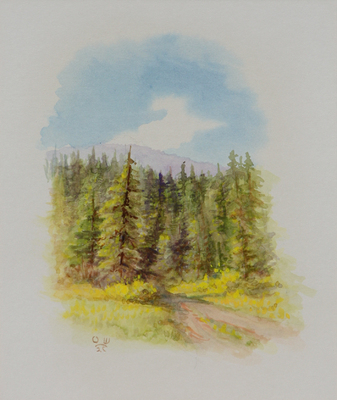