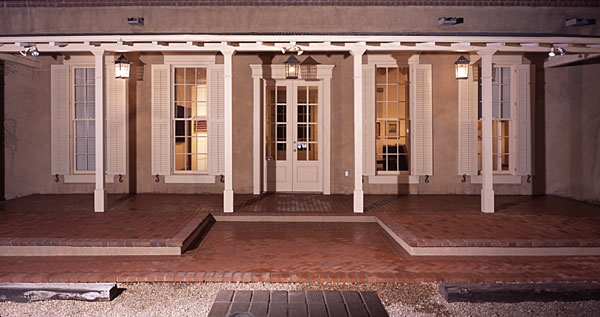 "It's one of the best locations in Santa Fe." So said Mark Sublette, owner of Medicine Man Gallery, when the quaint, old house on the corner of Canyon Road and Paseo became available five years ago. As anticipated, the location helped him build a thriving business in Native American antiques and southwestern art. But now, Medicine Man Gallery is leaving the spotlight for a less conspicuous location farther up Canyon Road.

Sound like gallery suicide? Maybe not. The area around Medicine Man's new location at 602A is home to some of Canyon Roads most enduring galleries as well as some of its newest. It also has the kind of artistic legacy and rich layering of history that has made Santa Fe so famous. To find out how such a gallery hotspot emerged at the corner of Canyon Road and Camino Escondido, I set out to interview some of the neighborhood's residents and gallerists. 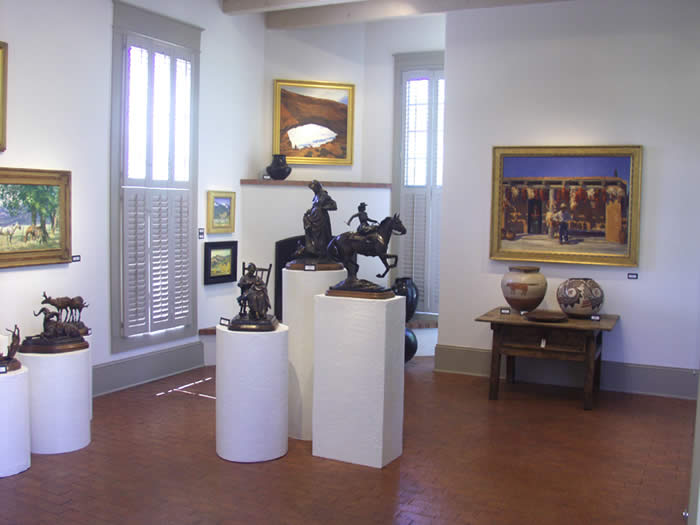 I knew my quest could only begin by calling Douglas Atwill, an artist whose home and studio has been at this location for more than two decades. The next afternoon I found myself in Atwill's light-drenched living room surrounded by his beautifully landscaped gardens and his gorgeous landscape and garden paintings.

Atwill started my tutorial with a necessary bit of history. The property that now comprises #558 through #608 was one of the neighborhood's original farming tracts. The adobe building at #600 is the oldest house on the property which originally stretched from Canyon Road all the way through to Acequia Madre Street and its ancient "mother ditch" where the farm drew its water. Perhaps as late as the 1940s, the owners still grew apple trees for sale on the farm.

Around 1945, artist Agnes Sims moved to Santa Fe from Philadelphia and eventually purchased the farmhouse and much of the land. A noted modernist painter and sculptor, Sims remodeled an old outbuilding behind the house and used it as her studio and gallery. The Sims studio is now part of Medicine Man Gallery's new location.

In subsequent years, Sims built a small house for herself (#606A) and one for her partner, Mary Louise Aswell (#606B) at the back of the property. Doug Atwill rented a space in the old farmhouse in the 1970s and became fast friends with Sims and Aswell. He recalled that Sims was not only a successful artist, but also a very enterprising real estate investor. She remodeled several old adobes around town, doing much of the construction herself, and she used her keen sense of design to enhance the property's value. 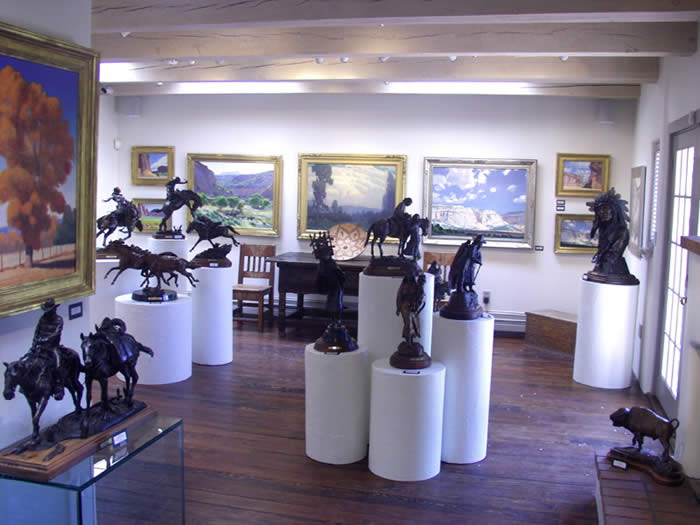 Atwill also recalled some fascinating times spent at the little compound behind 600 Canyon Road. Often described by her many friends as free-spirited and flamboyant, Sims lived her life just as she chose and apparently had a very good time doing it. She mentored young artists and helped them establish themselves socially as well as professionally in Santa Fe. Mary Louise Aswell, Sim's companion of 30 years, was retired from her post as fiction editor at Harper's Bazaar magazine where she had been among the first to publish the work of such greats as Truman Capote and Eudora Welty. She was much loved by her writers who visited her at the Canyon Road compound and mixed it up a bit with the local art crowd.

After Sims death in 1990 (Aswell died a few years earlier) Doug Atwill acquired part of the property and enlarged Sims' studio for use as his own home and studio. In subsequent years, he built a new home and studio for himself (604B), and another small house with guest quarters (602B and 604A) all in the space between Sims' studio and her home.

Atwill, who worked as a builder before devoting his full time to art, designed all of his buildings himself. They share a signature style which includes classic territorial forms, high viga (beam) ceilings, brick floors, over-scaled windows, and impeccable detailing. The quality of light in his airy structures is indescribable; only an artist could both dream it and achieve it. Not coincidentally, that same enveloping light infuses Atwill's canvases, which were once described as having "all been painted at high noon." 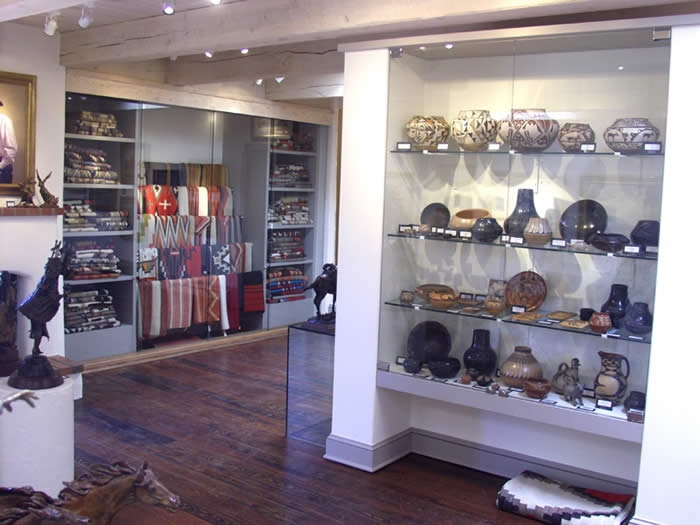 With such a rich artistic pedigree, the appeal of this spot on canyon road was becoming clearer. I next asked Mark Sublette of Medicine Man Gallery if it was the Atwill building or it's location that drew him. It turned out to be both. "The space is serene," said Mark Sublette, "Yet it's in the exact middle of the gallery district where traffic is busiest. You step off crowded Canyon Road into a quiet little cud-de-sac ringed with classic Santa Fe style homes, studios, and galleries. Our building is perfectly scaled and has a beautiful sculpture garden that just flows out from the interior spaces. Doug has a magical touch with architecture and gardens. And, thankfully, he had the foresight to include enough parking so our customers never have to search for a space."

Asked if a location slightly off the main drag would cut into business, Sublette said, "It was wonderful being the very first gallery on Canyon Road, but we also had to put up with noise and dust from the Paseo, and then there's the chronic lack of parking. We've been in Santa Fe almost 10 years and our gallery is really well established, so a high visibility location is no longer our top priority."

"We wanted a location that helped customers enjoy the art without distractions," Sublette continued. "Serious art buyers will appreciate the peace and beauty of our new setting. It's clearly an artist's space: light filled and cheerful, yet soft and calming.

It's the perfect place to both relax and focus on the art. The tag line for our old space was 'Where Canyon Road Begins.' Maybe now it should be 'harder to find, but feels like heaven.'"