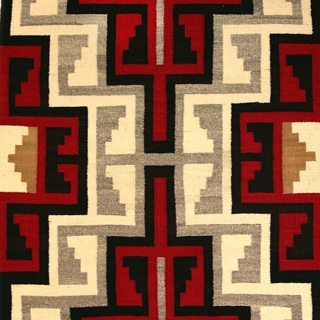 When many people think of a Navajo rug, they picture a Ganado rug. The popularity of the Ganado Navajo rug is due in part to Juan Lorenzo Hubbell, an important early trader who owned several trading posts on the Navajo reservation and a warehouse in the Arizona railroad town of Winslow. His home and operations were based at the Hubbell Trading Post (founded 1878) near Ganado, Arizona, around 50 miles south of Canyon de Chelly.

Hubbell admired early Navajo blankets from the Classic Navajo period (1700-1865) and encouraged weavers in the area to model their rugs after these designs, using paintings of patterns he favored as a guide. Hubbell was partial to red, black, white, and natural grey wools and often asked weavers to use black yarn in place of the indigo blues seen in the original Classic Period blankets. The rugs were so close to these early mantas and serapes that they were termed Hubbell Revival Rugs.

By the 1930s, weavers in the Ganado area moved away from the Hubbell Revival style rugs. The newer rugs featured a large motif in the rug’s center combined with a complex geometric double or triple border of lozenge or diamond shapes. These Navajo rugs were so unique and appealing that they became known as the Ganado regional style. (Hubbell also owned a trading post near Klagetoh, Arizona, which developed its own unique weaving style.)

Classic Ganado pattern Navajo rugs are those woven from the 1930s on, after the Hubbell Revival style time frame. These rugs feature a large central motif and intricate geometric double or triple borders with diamond- or lozenge-shaped designs. Ganado pattern rugs typically make liberal use of red wool - these bold colors and elaborate patterns typify the Ganado regional style.

As mentioned above, Lorenzo Hubbell liked red, white, black, and natural grey/brown wools in Navajo rugs. He liked the color red in Navajo rugs so much that he encouraged his weavers to dye their homespun yarns a deep crimson using commercial aniline dye. Ganado rugs with deep red in the designs are some of the most sought-after examples of Ganado weavings because of their classic look.

Yes! The Hubbell Trading Post is a National Historic Site, located on Highway 191, north of Chambers, Arizona, in the Navajo Nation. You can see many of the original paintings of rug designs still on the trading post walls. It’s well worth your time to visit if you will be in the region. Call first for hours.

How to identify Rugs from the Ganado and Klagetoh Trading Posts

Learn more about Navajo Ganado rugs and early trader Lorenzo Hubbell from Medicine Man Gallery owner, Dr. J. Mark Sublette. Ganado rugs are some of the most popular Navajo rugs and this video will introduce you to identification and history of these highly visual Navajo weavings.

In this article, Dr. J. Mark Sublette of Medicine Man Gallery provides an overview of authentic Navajo rugs, including information on Navajo Ganado rugs and Lorenzo Hubbell, the former proprietor of both the Ganado and Klagetoh trading posts.Read more... 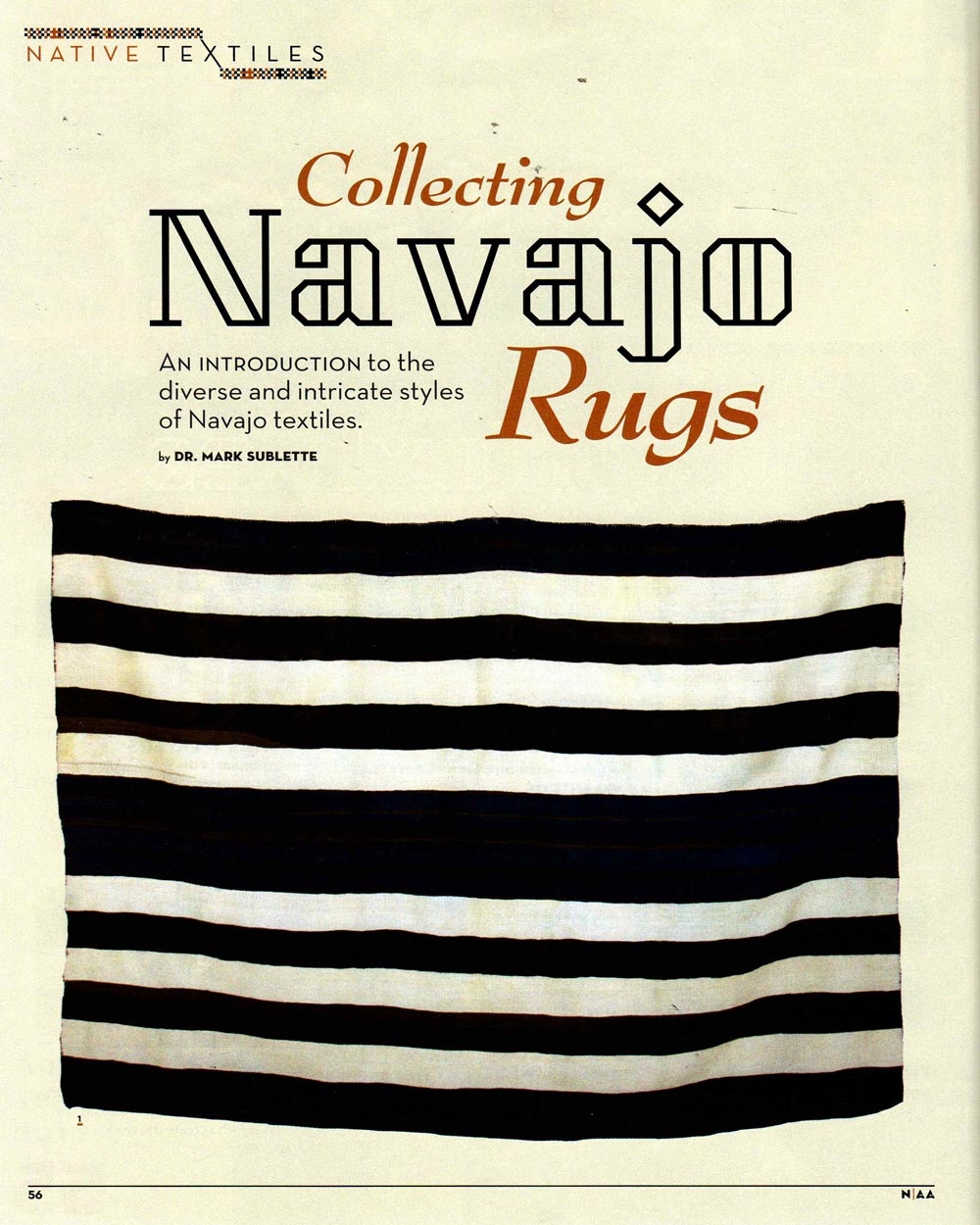 In this article, Dr. J. Mark Sublette explores the history of the diverse styles of Navajo rugs, including those woven at Ganado as well as discusses Lorenzo Hubbell the first proprietor of the Hubbell Trading Post at Ganado.Read more...