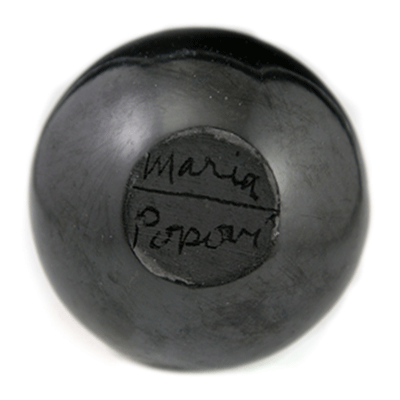 In the course of her lengthy career, Maria Martinez used a variety of signatures. From her earliest days working with husband Julian to late in her career, Maria's pieces can be dated by the signature which represents her collaboration with various family members. Initially, she used the name Marie, the anglicized version of her name. 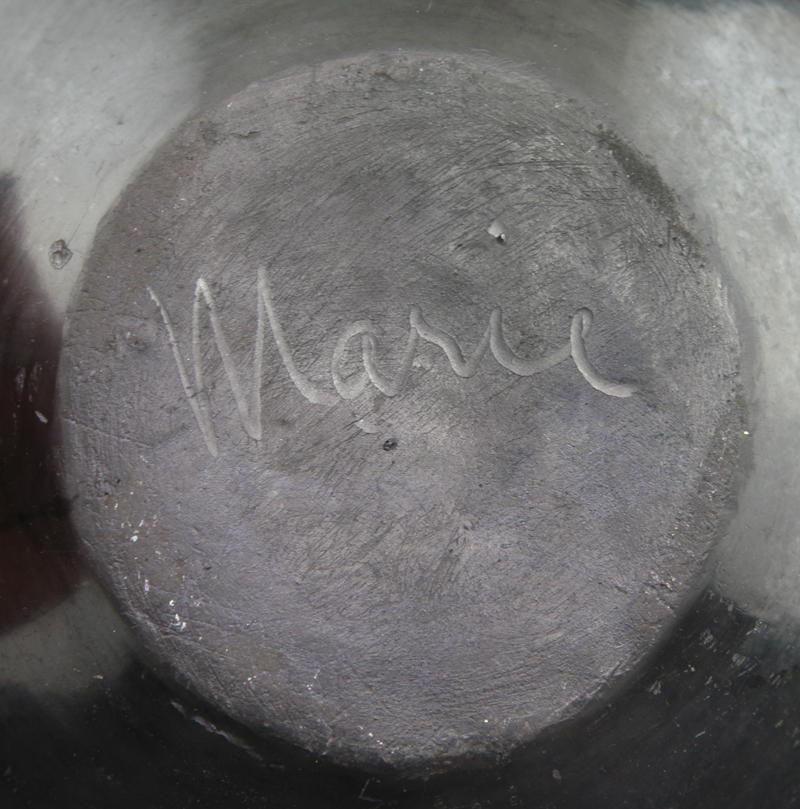 1923 - mid 1930's
The earliest version of Maria's signatures
Even though it was signed only Marie, the painting was done by Julian. 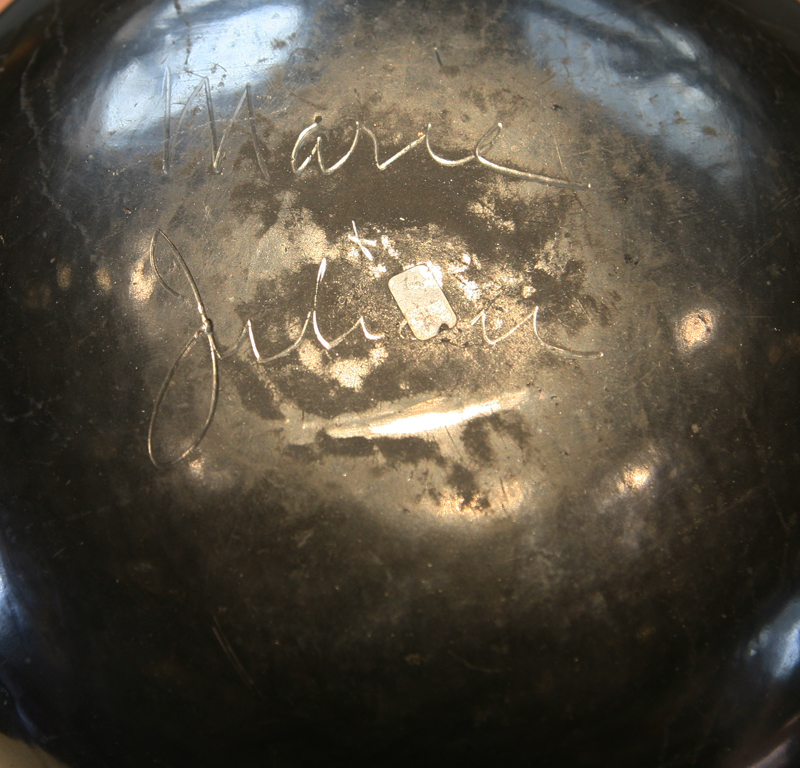 Maria worked with husband Julian until his death in 1943.
One variation uses a printed letter "M" and small circle over the letter "i".
This was signed by Maria's youngest sister Clara who had helped with the polishing. 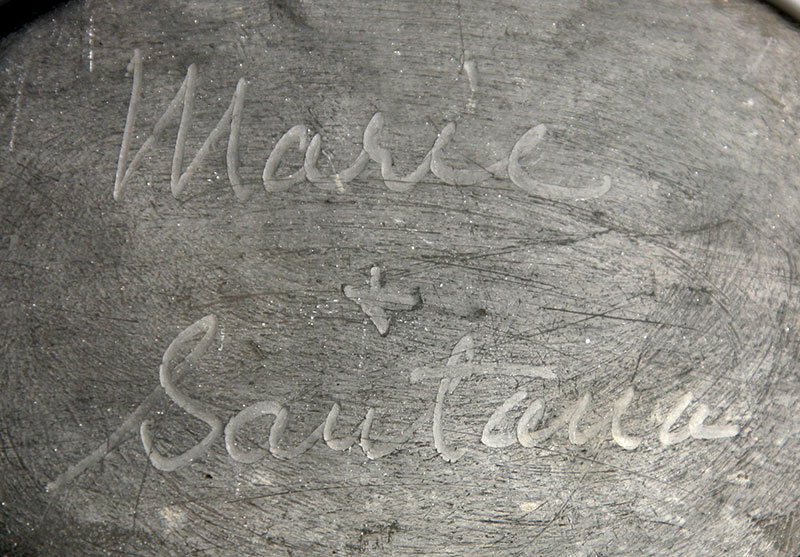 Daughter-in-law Santana did the decorating until 1956. Maria then worked with son Popovi Da.
Santana and her husband Adam ( Maria's eldest son) now began to produce their own pieces. 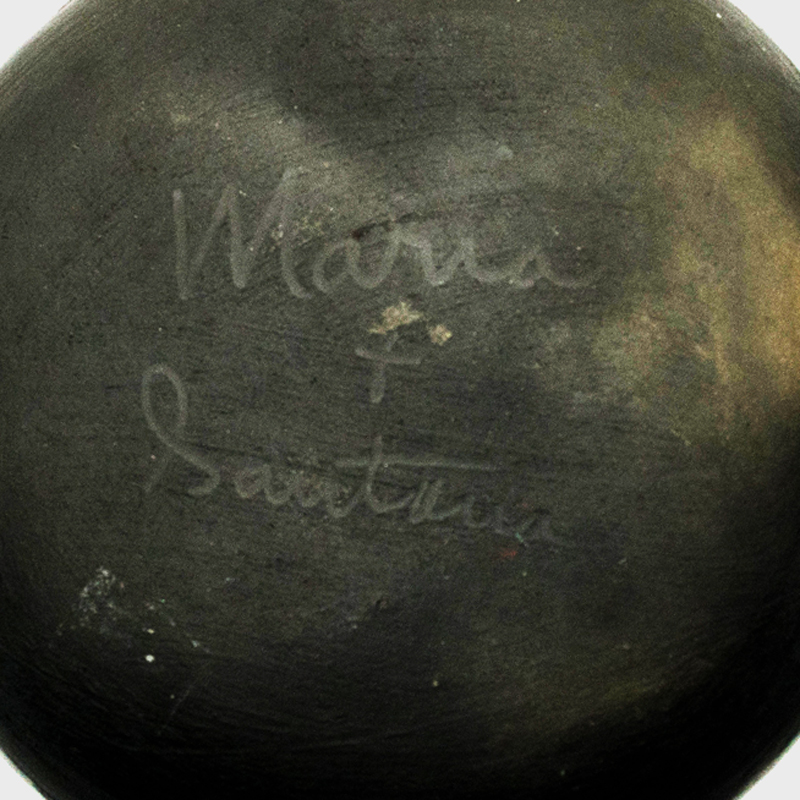 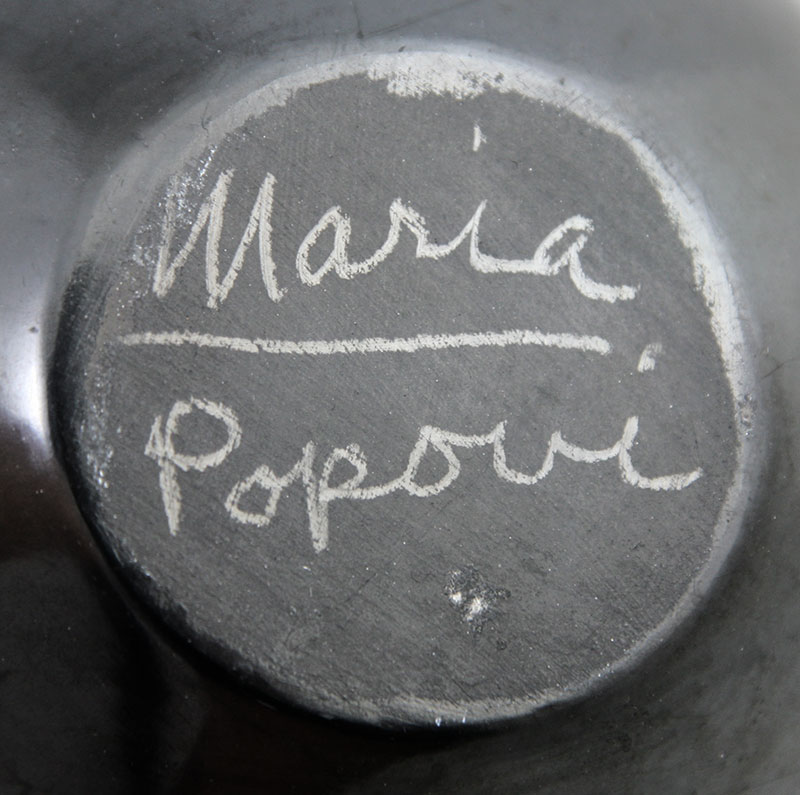 Popovi Da, Maria's third son did the decoration for Maria at this time.
In 1959 they began to date the pieces with month and year.
Maria Martinez retired from pottery making in the 1970's. Popovi Da died in 1971. 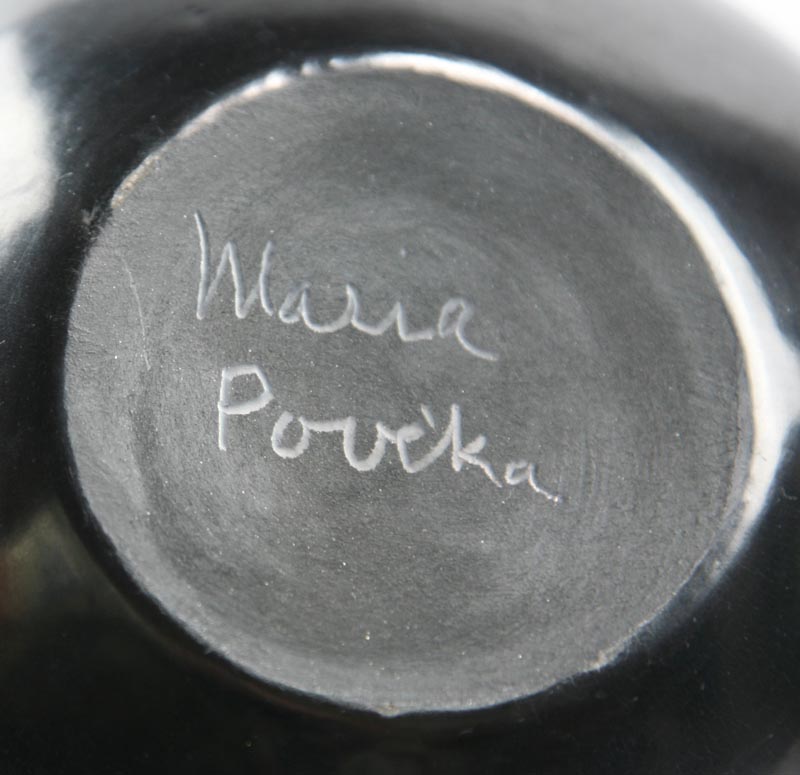 1956 - 1965
Undecorated ware was signed by Maria with her Hispanic and Indian names.
"Poveka" is the Indian word for Pond Lily. 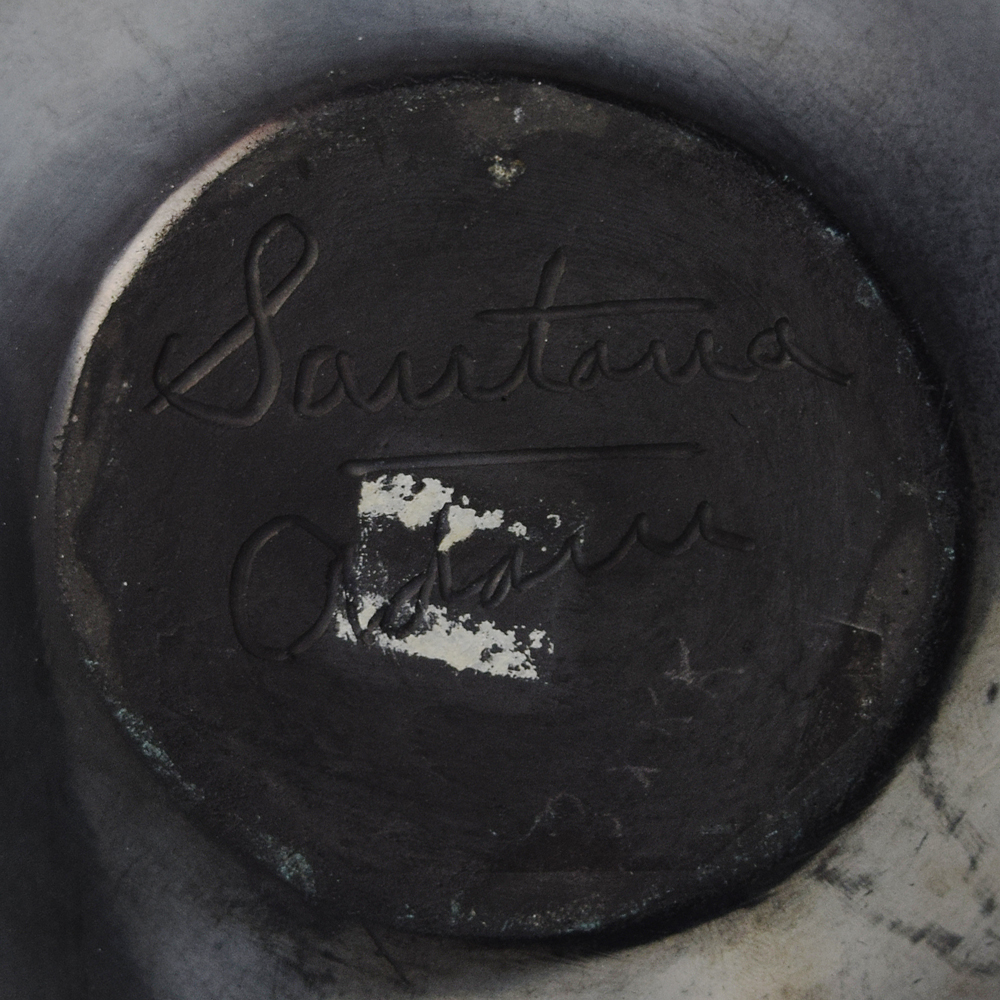