New Mexico's creative forces have been a staple of artistic energy for centuries.  Clear blue skies, mountainous terrain and the constant drumbeat of local Pueblo and Hispanic culture are the norm.

Art produced by early local inhabitants, whether an Acoma pottery olla from the 1700s or an 1870s Rio Grande blanket, helped influence newly transplanted artisans with regard to subject selection and color composition. 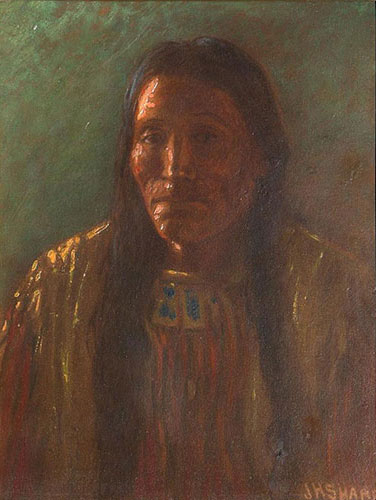 One of the first was Joseph H. Sharp, who arrived in Taos in 1893.  His experiences pushed other like-minded painters to visit. In 1898, Bert Geer Phillips and Ernest L. Blumenschein were out on a multistate painting excursion and broke a wheel on their rickety wagon 20 miles outside of Taos.  The repair required an unexpected stay in the small Hispanic and Native village and resulted in an immediate infatuation with Taos Pueblo and the surrounding lands.  Philips had found a new home, Taos.  Blumenschein, who also felt New Mexico’s strong magnetic draw, reluctantly returned to his illustration career in New York City, visiting the sleep town every summer.

Over the next decade, Blumenschein encouraged other artists to visit the magical setting.  Discussions were underway on how to form an art colony, which came to fruition in 1915 as the Taos Society of Artists, also knows as the Taos Founders. 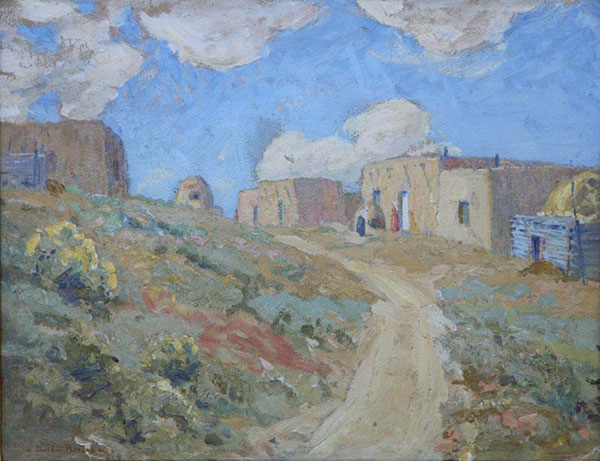 On February 9, 1932, Dixon wrote Harold von Schmidt, “We had a gorgeous 6 months in Taos, July 10th to Jan 15th – we left it at 20 below.  The autumn and the winter ceremonies are all they are said to be.  Fool that I was, not to have gone before…we head in there next summer.”  Dixon completed many major paintings and drawing during his stay but the Great Depression ended his hope for a speedy return.

Even though Dixon didn’t immediately follow Blumenschein’s advice, many other artists would.  Dunton, a pupil of Blumenschein at the New York Art Student’s League, transplanted to Taos in 1912.  Like many of the Taos artists, Dunton supported himself with illustrations.  The Glance, a 1907 painting done for Cosmopolitan magazine, depicts a snap shot of the Old West.  In The Glance, Dunton captures the early frontier spirit of a Western mercantile juxtaposed with possible romance. 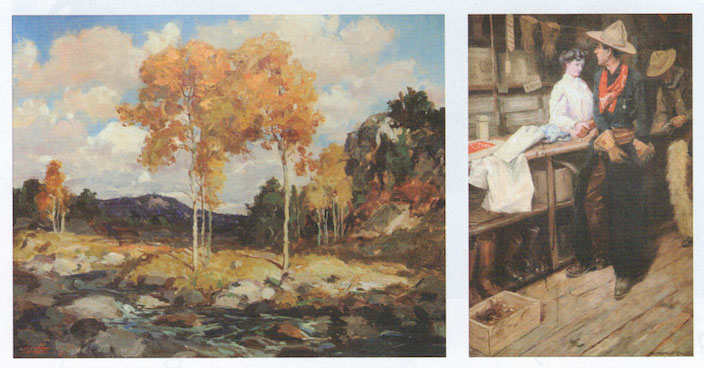 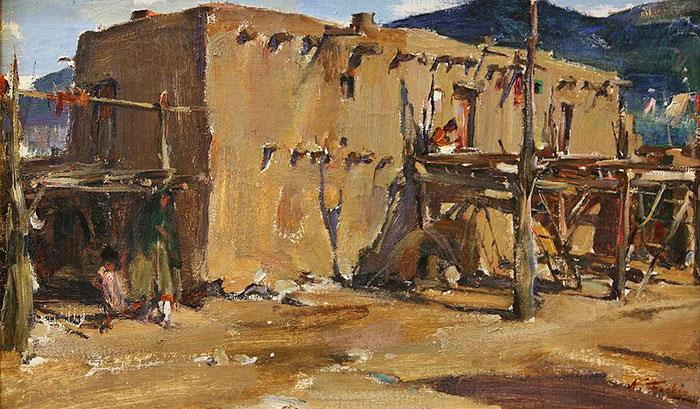 Artists from many different countries would follow the Taos Founder movement including two from Russia, Leon Gaspard and Nicolai Fechin, who arrived in 1918 and 1927 respectively.  They brought a heavy impasto palette and Old World perspective to the sleepy New Mexico countryside.

Santa Fe, like Taos, had its share of well-heeled artists in the early 20th century.  Sheldon Parsons, who was instrumental in saving New Mexico Spanish architecture, had a studio on Canyon Road as did Fremont Ellis and Odon Hullenkramer.  Slowly, Santa Fe supplanted Taos’ mantle as the art market maker.

Today, it’s hard to imagine a time when there weren’t hundreds of galleries and artist studios lining the streets of Taos and Santa Fe, but one has to remember it’s been only 104 years since New Mexico’s statehood.  New Mexico Artistry re-examines those early pioneering creative individuals who helped open the world’s eyes to the possibilities found in the “Land of Enchantment.”