Lucy Lewis was born and raised in Acoma Pueblo on Sky City mesa and history credits her for reviving the pottery making process at Acoma Pueblo. Lucy Lewis is one of the great Matriarch pueblo potters of the 20th century. She worked in the traditional way using Acoma clay, hand coiling, and white slip. Lewis' tribe, the Acomas, considered the clay she used for her pottery to be sacred. Lucy used mineral paints for her decorations and a yucca brush to apply them. Her designs in black, white, and red consist of animals, nature, and old Mimbres culture designs which she also revived
Lucy's work was very underexposed until 1950 when she entered her work in a juried show at the Annual Inter-Tribal Indian Ceremonial in Gallup, New Mexico, where she won many blue ribbons. That brought her to the attention of Dr. Edgar Lee Hewett, Director of the Museum of New Mexico. Hewett convinced her to sign her pieces, and she continued to win more and more awards. Her signature, Lucy M. Lewis, became increasingly valuable. Lucy worked well into her 80's, and a number of her daughters, Carmel, Emma, Delores, and her grandchildren, are still creating pottery using the methods and decorations she taught them. Her pieces are valuable and highly collectible.
In 1977, she was invited to the White House. Her work is part of the permanent collection of the Smithsonian Institution. In 1983, Lucy Lewis was given New Mexico's Governor's Award for outstanding personal contribution to the Art of the State. During the 1980s and 1990s, Lewis received awards from the American Crafts Council, the College Art Association, the State of New Mexico, and the Honolulu Academy of Fine Arts. 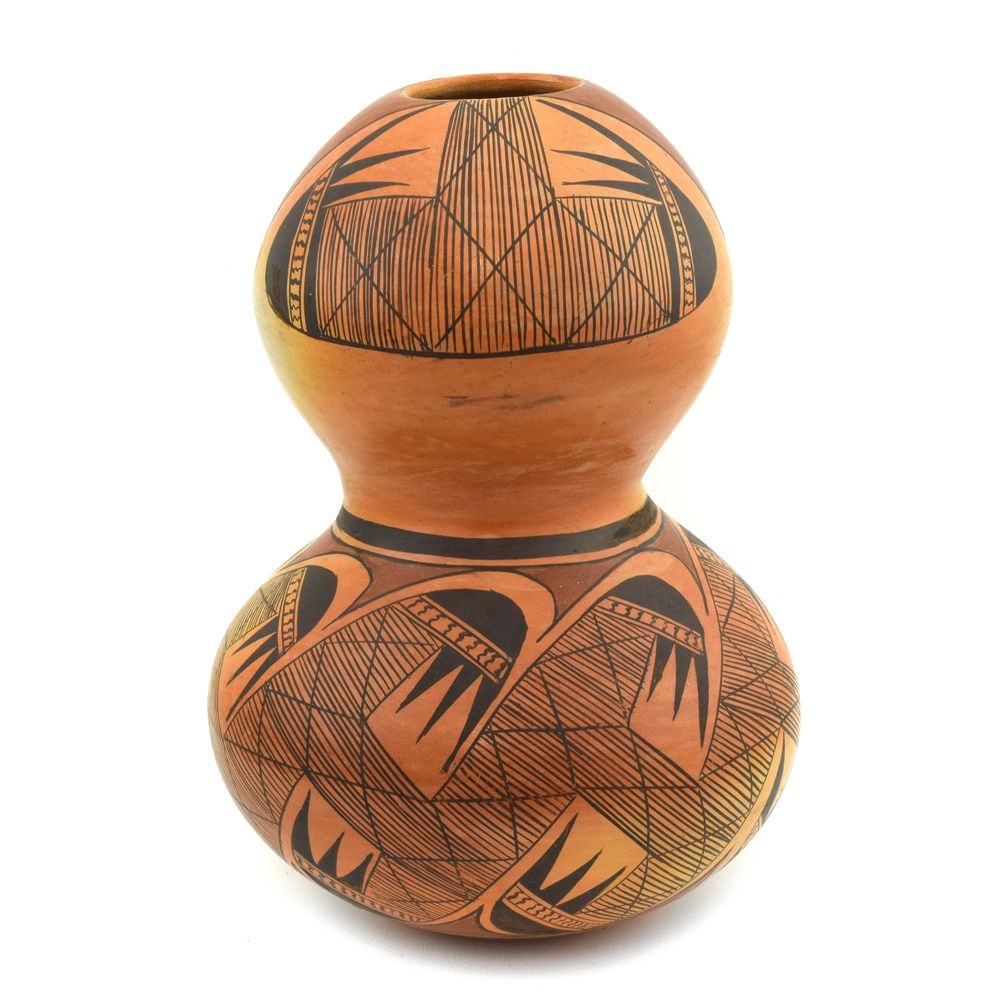