When Josh Elliott is preparing for an exhibition, he comes up with a theme and then keeps works in progress around him in the studio to judge how they fit in. His March exhibition at Mark Sublette Medicine Man Gallery in Tucson, Arizona, has the theme Desert Array, a kind of anti-theme encompassing things that have attracted him “from Taos to Death Valley, from Tucson to Utah.”

Accompany the exhibition is a photograph of the artist in the midst of his array. “I was thinking I wanted to include an array of the things I would be painting for the show and then I thought of ‘rays’ of the sun which became many arms radiating from my body holding the tools I use when I’m out painting. There’s Taos Pueblo and scenes from other parts of the southwest as well as a coyote and a quail because I’m going to be doing some wildlife, too.”

Elliott has said, “A good painting, to me, is Nature’s truth filtered through the artist.” The untruth of the photograph attests to a fine sense of humor.

“I want to paint the truth of what’s in front of me,” he says, “I’m not a total slave to that, though. There’s enough truth in there but I also know that I can improve on that truth. I’ll think ‘What if the sky were darker and I pick it up in something in the foreground?’ I exaggerate and I simplify. I’ll be standing in front of a mountain but concentrate on the patterns of the rocks that have fallen off the mountain. I think, ‘What would make a statement?’” 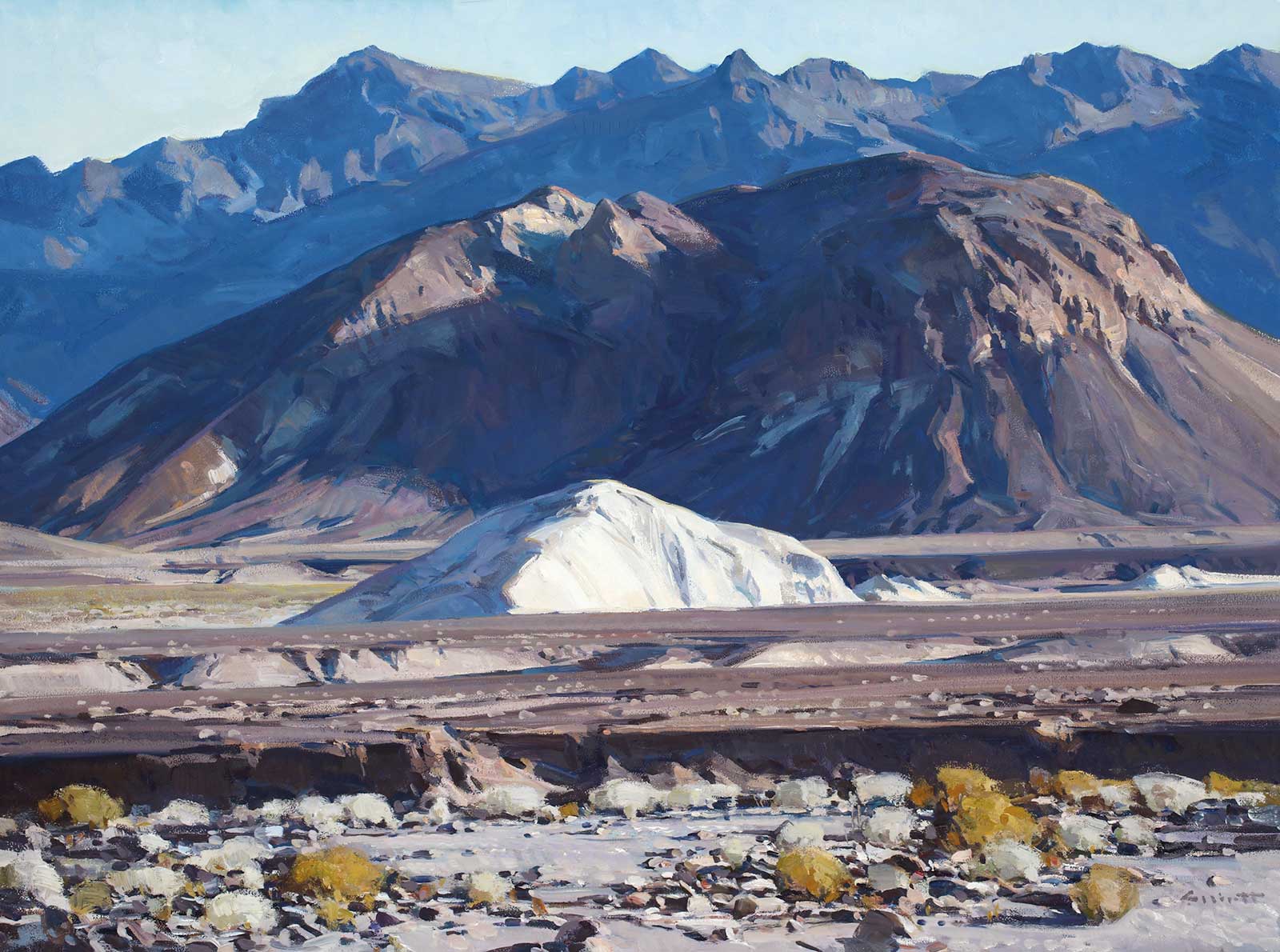 He began mostly as a plein air painter but now makes color and value notes in the field. “I can work out the composition in the studio.I also use my memory of a scene—that a shadow was almost green, for instance, not blue. I’m for interesting more than pretty—something that feels artistic to me. I want to include something of myself. The more you go on as an artist and look at other artists’ work you think about how brilliant it is and wonder how did they think of that. When I design a composition I work to get the viewer’s eye to move around the picture in a way that doesn’t make them think, ‘That’s clever!’” 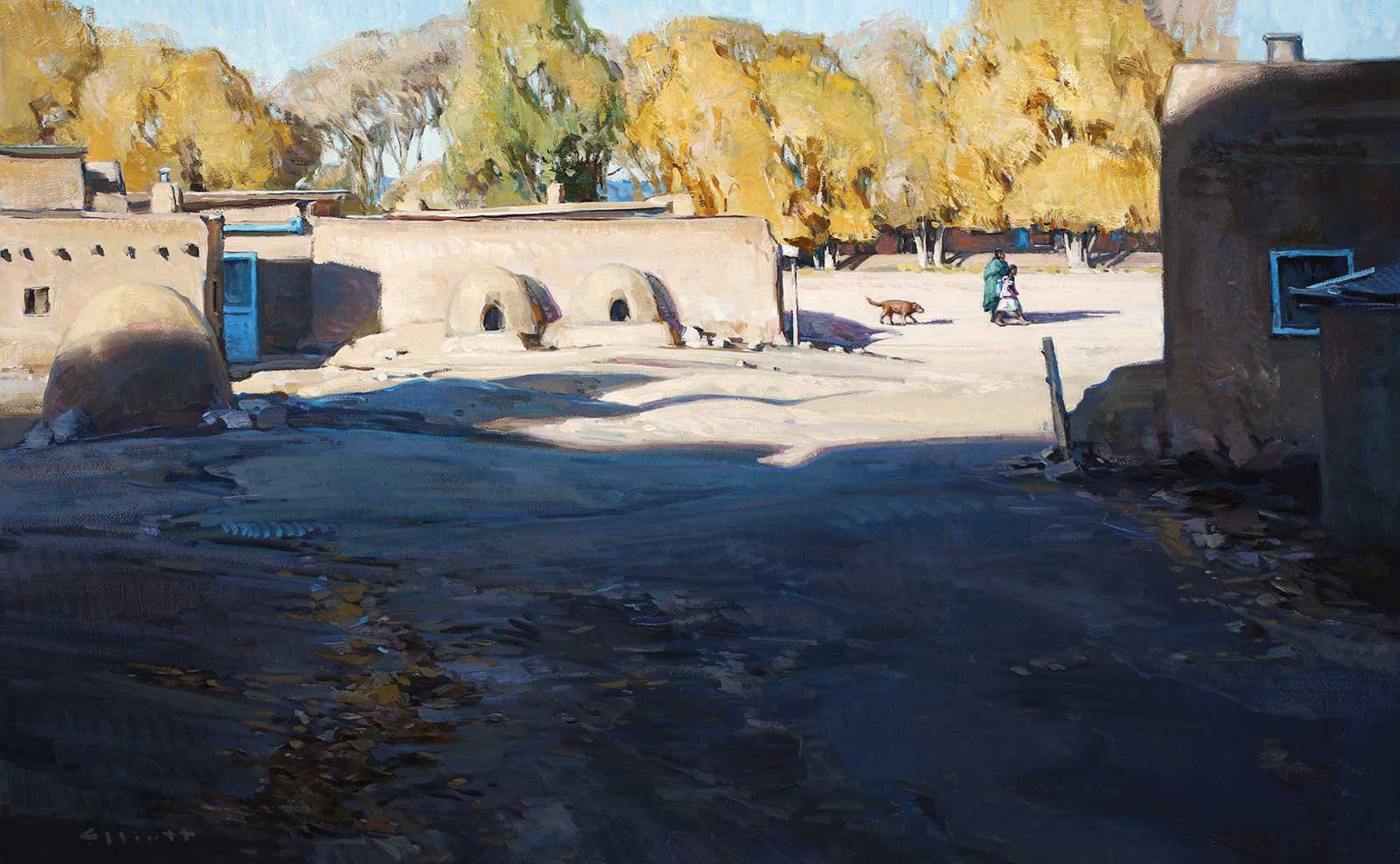 His painting Taos Shadows is a complex composition in which he has carefully controlled our perception of the shape of the shadow. “I’ve put variety in the shadow but not so much that it loses its shape,” he explains. Its shape is formed by the shape of the buildings as well as the horno and a pole that is outside the picture frame. It undulates over the uneven ground. In the background a young girl returns from school wearing a backpack. He adds,
“I like to mix in contemporary life—things that are happening today. I want to be sure I’m appreciating things as they are now.”