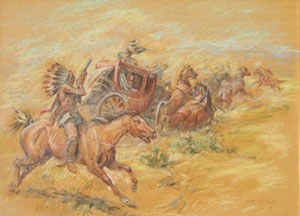 Joe Beeler was born in Joplin, Missouri in 1931. Part Cherokee, Beeler's connection to the west began to be realized artistically at an early age. As a child, he drew often, and continued to develop artistically in college at Kansas State Teachers College before being accepted at and attending the Art Center School of Design in Los Angeles, CA.

After finishing with his studies, Joe Beeler worked as an illustrator for the University of Oklahoma Press. Life as a full-time artist was difficult at first, but Beeler was recognized for his excellence during his life. A one-man show at the Gilcrease Museum in 1960 helped to launch his career and, in 1962, he and his family moved to Sedona, AZ, where they still live today. 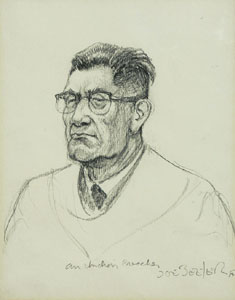 In 1965, Joe Beeler and several other artists specializing in western and cowboy subject matter started the Cowboy Artists of America, an organization that has done more than perhaps any other to popularize and legitimize western art amongst a new generation of American art collectors.

Joe Beeler has earned such important commissions as a 10-foot statue of Barry Goldwater in Paradise Valley, AZ. A personal friend of Goldwater's and one of the pivotal figures in the resurgence of a vital American art form, Joe Beeler was the obvious choice for such a commission. His work has been displayed in almost every significant western museum, including the Wollorod Museum, the National Cowboy Hall of Fame, the Montana Historical Society, the Charles M. Russell Museum, the Heard Museum, the Whitney Museum of American Art and the Institute of Texas Cultures. 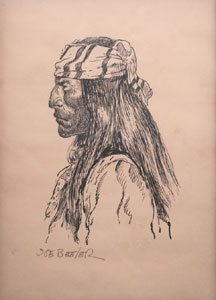