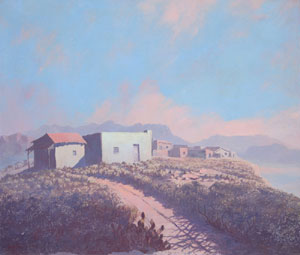 Jack van Ryder is one of the most colorful American artists of the twentieth century, with a body of work whose authenticity is unassailable in the face of the life from which his images were culled. A cowboy, painter, illustrator, map-maker, soldier, rancher and Hollywood set designer, Jack van Ryder's talent seemingly knew no bounds. 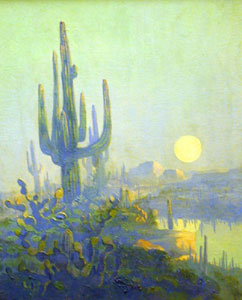 Born on a goat ranch outside of Tucson, Jack van Ryder was an unhappy child. Stifled by the ranching lifestyle, a thirteen-year-old Jack hopped a train carrying cattle to Montana and, upon arriving, remained there for years working as a ranch hand and, when he could, as a rodeo performer. In his idle moments he sketched the landscape with surprising accuracy for an untrained artist, showing the pieces to his friends along the way. It was in this way that he met the famed artist, writer and early conservationist Charlie Russell. Seeing another authentic Western free spirit led Russell to give Jack van Ryder his first set of paints and encourage him to try his hand at oil painting. 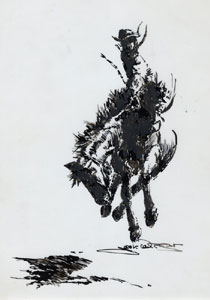 Jack van Ryder's painting was more than adequate almost immediately but, without any sort of specific framework or guidance, he failed to develop a clear and defined personal style. This would change with his inclusion in the group of artists and cartographers who undertook the California map making project of 1926. Jack van Ryder's knowledge of the area being mapped was his main asset to the group at the outset of the project but, by its completion, he would be the leader of the entire expedition and its primary artist. 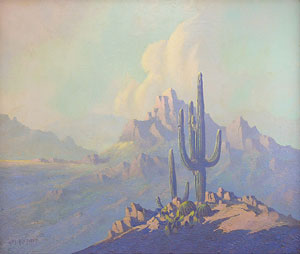 The style that Jack van Ryder adopted after his return from the map-making project was delicate and precise, a kind of hyper-realism in which the finest details of the landscape and flora of the Arizona desert were tended to with great effort. Rendered in a range of pastel-tinged hues, Jack van Ryder's pieces are serene and vaguely haunting, with a strong dark-light contrast conspiring to cast the foreground in stark relief. 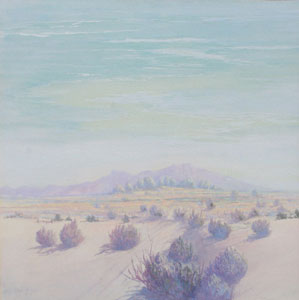 Jack van Ryder's pen and ink pieces were improved, as well, with his work being recognized by the judges at the Brooklyn International Exhibit of Pen and Ink as the most typical and finished of the Western candidates. This success was followed by displays of his work in both ink and oil at the Gainsborough Galleries and the Montross Gallery in New York, a show which he left early in order to compete in the rodeo at Madison Square Garden that night. 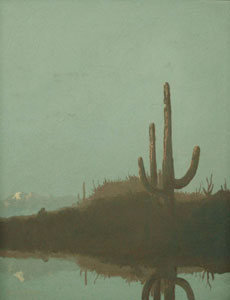