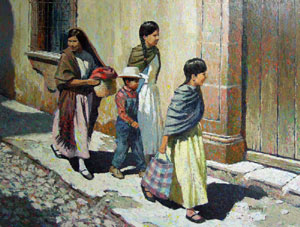 Jack Dudley served overseas during the Second World War, where he chronicled his experiences in Indochina artistically. Upon returning to the United States, he spent a number of years in the field of architectural rendering and drafting. Jack Dudley studied at the Art Center School in Los Angeles for five years and received instruction from the modernist Lorser Feitelson and Barse Miller of the American Scene Movement in Southern California. 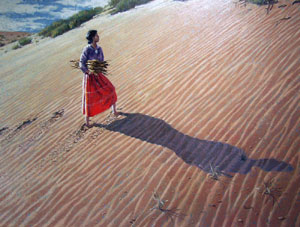 In the mid-sixties Jack Dudley began to emerge as an established fine artist, primarily for his work with the broken color technique, a style of painting that had been out of favor for over a century. Also known as scumbling, the broken color technique utilizes a bright undercolor that then has thin or irregular coats of paint applied to it in order for the undercolor to peek through the painting and create tonal patterns and textures. Long out of fashion because of the length of time the undercolor took to dry, Jack Dudley used modern fast-drying paints to accelerate the process .This unusual style of painting was married to a southwestern subject matter ranging from native figures to landscapes. 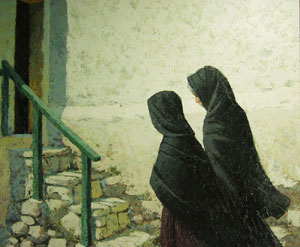 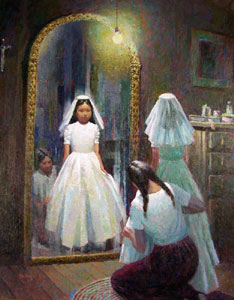