J.D. Roybal was born in November 1922 at San Ildefonso pueblo. His Tewa name was "Oquwa" which means, "Rain God." He is the son of Tonita and Juan Gruz Roybal and the nephew of Alfonso Roybal (Awa Tsireh). 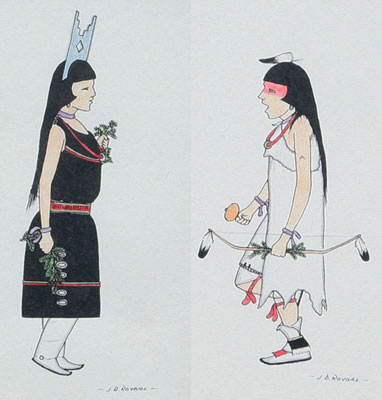 It was his uncle (Awa Tsireh) and his day school teacher (Helen Culley) who encouraged him to paint. He attended school at St. Catherine's (1942) and the Santa Fe Business College (1959-60). He also served in the U.S. Army. 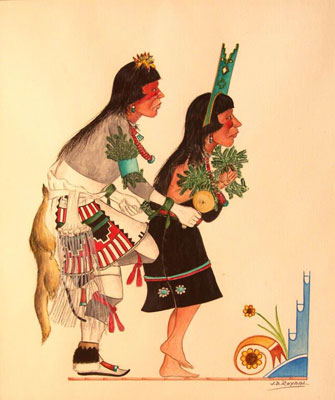 Although he had begun to paint in the 1930s, it was not until 1955, that he became well known. The period from 1960, until 1970, was his most productive time. He worked mostly in watercolor and clay and became famous for his renditions of the Tewa clowns known as Koshares.

J.D. Roybal's commitment to traditional San Ildefonso paintings made him an important Pueblo artist. He won many national awards and was a highly recognized member of the Pueblo, serving as a council member in his late years.