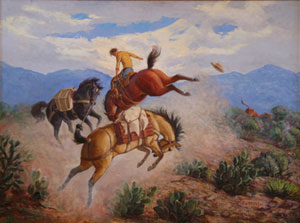 Ila McAfee was born in a Colorado ranching community, ten miles from the nearest schoolhouse. Her artistic interest began early and centered upon horses, which she would draw as a child. She received her B.A. from Western State College. Her formal art education was at the Haz Studio School in Los Angeles and the Art Institute of Chicago. Displeased with the quality of instruction, she decided to study under one particular painter she had taken courses with in Chicago, James E. McBurney. McBurney was a muralist, and took McAfee on as his assistant for several years, after which she traveled to New York to study at the National Academy of Design and the Art Students League. 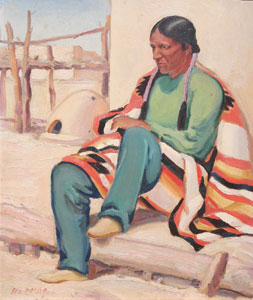 While in New York, McAfee worked as an illustrator and a painter of miniatures. In 1926, McAfee returned to Colorado and married Elmer Page Turner, an artist. She and Turner moved to Taos in 1928 to be a part of the burgeoning art movement of the region. There, they built White Horse Studio, which would serve as their studio and home until 1993. In Taos, McAfee painted landscapes and figures, but her specialty remained animals, specifically horses. She also took up work as an illustrator of children's books. She worked on a number of murals, as well, though she was most famous during her lifetime for something entirely unrelated to her art; she owned a series of cats, all named Sanka, whom she taught as many as seventy five tricks each. 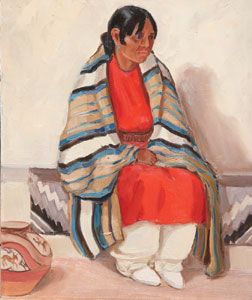 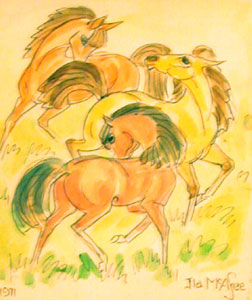