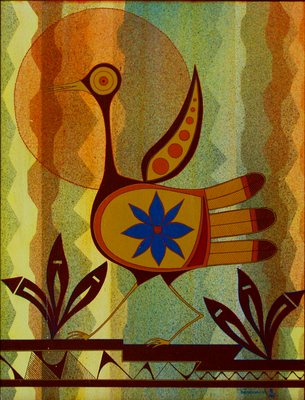 Her Tewa name was Little Standing Spruce (Tsa-Sah-Wee-Eh) when she was born into the Santa Clara Pueblo community in 1943, but she had an Anglo father so she had a second name, Helen Hardin.  Neither of her families accepted her because of her so-called "half-breed" identity.  She was not allowed to do ceremonial dances with her people, which was a very important part of a child's identity in pueblo life.  Her mother was well-known artist Pablita Velarde.  To attend high school, she moved to Albuquerque and then went on to the University of New Mexico to study art history and anthropology.  She briefly studied weaving and textile design at the University of Arizona and then returned to painting in acrylics, inks and washes. 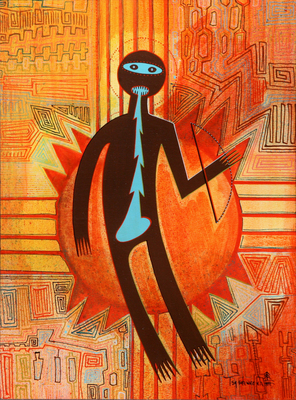 Pablita and her husband divorced when Helen was thirteen due to Pablita's aggressive nature and problems with alcohol.  Helen created artwork from her earliest years, but was careful not to take it seriously for fear she would be competing with her mother.  In fact, as Helen's work became more accomplished, her mother did much to prevent her daughter's work from being seen.  In 1962 Helen held her first one-person show at Coronado Monument near Albuquerque, New Mexico.  She exhibited a one-person show in 1964 at Enchanted Mesa Trading Post also in Albuquerque. 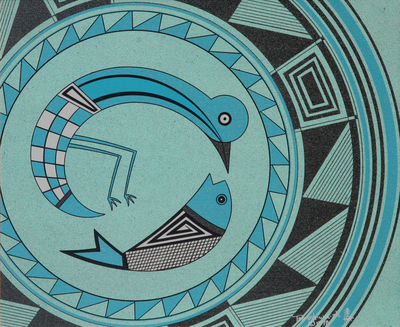 As the hostility grew between Helen and her mother, Pablita continued her angry outbursts.  Helen soon left for Bogota, Columbia to stay with her father for awhile.  Herbert Hardin managed to arrange for a one person show of Helen's work in 1968, and to her great surprise she sold 27 of her paintings to people who weren't even aware of her famous mother.  She came home to win first prize for innovation at the Inter-Tribal Indian Ceremonial in Gallup, New Mexico.  Her work appeared on the cover and in the main article of New Mexico Magazine in 1970, which sealed her own celebrity status in the art world. 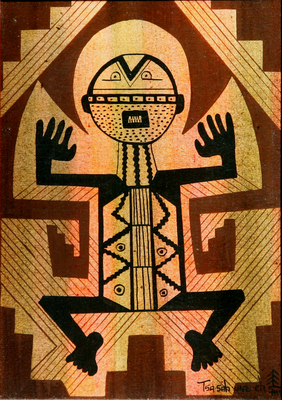 Helen's artwork consisted of meticulous drawings of colorful abstracted images of Katsina figures and of Native American daily struggles.  In 1975 she won the Avery Memorial Prize at the Heard Museum in Phoenix, Arizona.  A California art dealer came to Helen in 1979 to propose the idea of doing etchings of her now time-consuming images, which she agreed to do.  Her efforts were well received and she enjoyed the medium.  She was again chastised by the Tewa elders, this time for showing too many of the secret spiritual symbols represented in their mythology.  But to Helen she was only illustrating the deep spiritual connection she felt with the Katsinas and her culture. 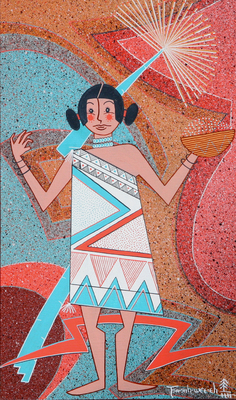 When Helen was diagnosed with breast cancer she began a three-year body of work called "Woman Series" that reflected her feelings about women and life as she had experienced it.  She died in June of 1984 at age 41.  Her work is included in several collections including the Fine Arts Museum of San Francisco. 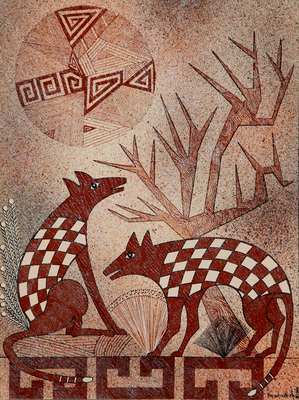 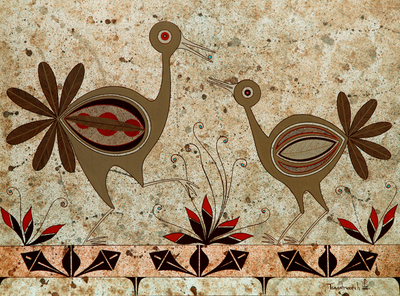 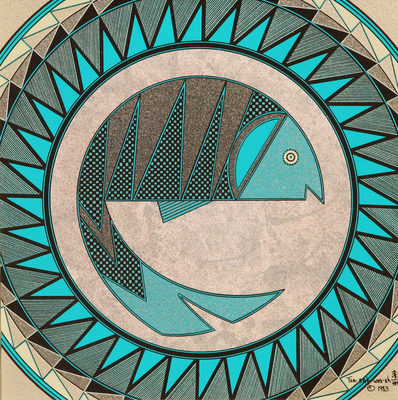 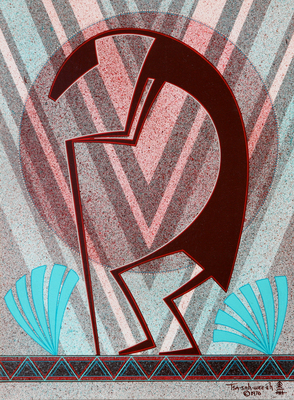 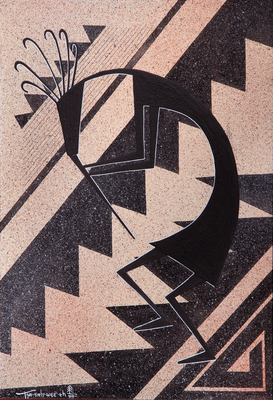