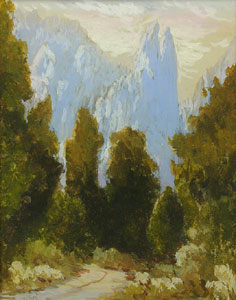 Harry Cassie Best was born in Mount Pleasant near Petersboro, Canada in 1863.  As a young man, Harry and his brother Arthur traveled around the countryside of Oregon and California earning a living by playing instruments in a band. In 1887 Harry was inspired to become an artist by seeing the beauty of the changing seasons of Mt. Hood in Oregon.

When the band broke up, Best moved to San Francisco in the 1890's with his brother, who also was an aspiring artist. They both studied painting with Alfred Rodriquez.  He also worked on improving his cartooning ability, as he had been encouraged to do by cartoonist Homer Davenport whom he met while he still lived in Oregon.  Harry started submitting political cartoons to the San Francisco newspapers in 1891, and eventually worked for five years as a cartoonist.  Harry's brother Arthur started the "Best Art School" with Harry teaching the basic sketch class. 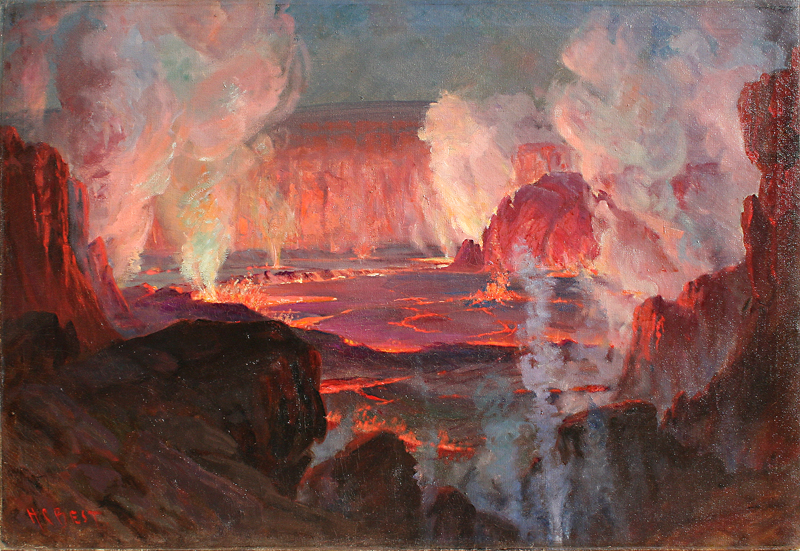 Around 1900 the successful landscape painter, Thaddeus Welch, asked Harry to accompany him on a painting trip to Yosemite.  He was so taken with the beauty of this valley, he immediately declared his intention to move there and went about getting permission to construct a home and studio at the foot of Bridal Veil Falls.  At that same location, he married Anne Rippey and lived there for the remainder of his life.  From 1910 on he spent his winters in Arizona.  He also painted and traveled in Paris, Italy and Hawaii.

In 1907 Best had a one-man exhibit at the exclusive Washington D.C. Cosmos Club.  President Theodore Roosevelt bought a Mt. Shasta scene and had it hung in the White House.  Some of Best's most notable paintings were the sunset colors on Mt. Shasta and of course his beloved Yosemite National Park.  Harry's daughter, Virginia, married photographer Ansel Adams and the Best studio later became Ansel Adams Gallery.  Best died in 1936.

Bibliography
1. Artists in California, by Edan Hughes
2. Mt. Shasta as a Visual Resource, College of the Siskiyous
3. Encyclopedia of Artists of the American West, by Peggy and Harold Samuels