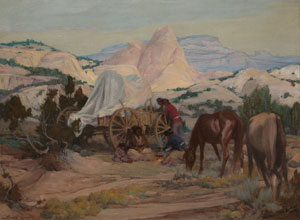 Gerald Cassidy was a fiercely driven artist of the American West whose body of work is an earnest, humble and skillful rendering of the peoples and locales of the southwestern desert. 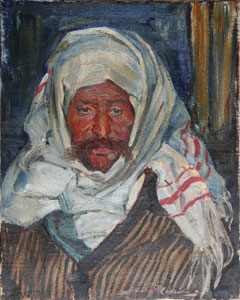 Born in Kentucky and raised in Cleveland, Cassidy received his training from Frank Duveneck at the Institute of Mechanical Arts, the teacher of an entire generation of artists including Joseph Henry Sharp and Walter Ufer. He continued his studies at the Arts Students League in New York and was an engraving firms art director by the time he was twenty years old. 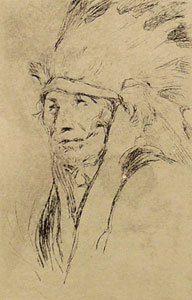 At the same moment that Cassidy was first finding success he contracted a life-threatening case of pneumonia and was moved to a sanitarium in Albuquerque. It was here that he first saw the people and places of the southwest, the subject matter that he would dedicate his entire life's work to after this point. His first work using Indian and Western subjects was heavily art deco, and a deco edge would remain in his work even as it developed into a more solidly realist style. 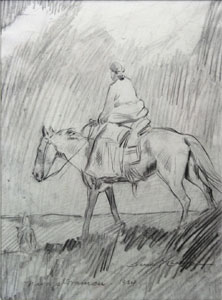 Cassidy moved from Albuquerque to Denver to work as a commercial artist, but it didn't last; Cassidy returned to Santa Fe in 1912, becoming a founding member of the Santa Fe Artists' Colony. He painted the Navajo in works that were primarily transferred to postcards or posters. At the 1915 Panama-California International Exposition in San Diego Cassidy was awarded the gold medal for his murals, the largest award he would win in his lifetime. 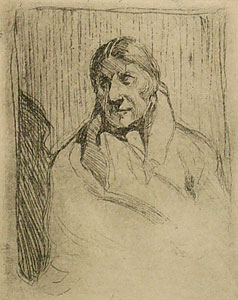 During the mid-twenties Cassidy traveled in Europe, and his pieces were well thought of by the European public. Pablo Picasso chose one of Cassidy's pieces from a show for inclusion in the Luxembourg Palace in Paris.

In 1934, while painting a mural for the WPA, Cassidy contracted lead poisoning and died. It was a terrible, abrupt ending to an artist who had all of the prerequisite skills to become one of the dominant painters of the West in America.