"Flower Girl"
Garnet Pavatea was born in Hano at the foot of First Mesa in 1915. Her mother was Tewa, her father, Hopi. She was of her mother's clan. She made pottery almost continuously from the 1940s until she passed in 1981. Garnet Was recognized for her beautifully polished redware with her style of corrugated decoration that she incised in a triangular shape. Few Hopi potters use the red, as it is more difficult to polish, fire, and have it come out with a consistent coloration.
She also made yellow polychrome pieces. Garnet made many different styles of pottery from highly finished bowls interiors and well as exteriors, ladles, and even lamp bases.
Garnet was proud of her art and demonstrated her method for many years at the Museum of Northern Arizona. She entered her work in numerous judged competitions and won at least 139 ribbons over her career. Garnet's work is featured in numerous publications and museums and private collections. 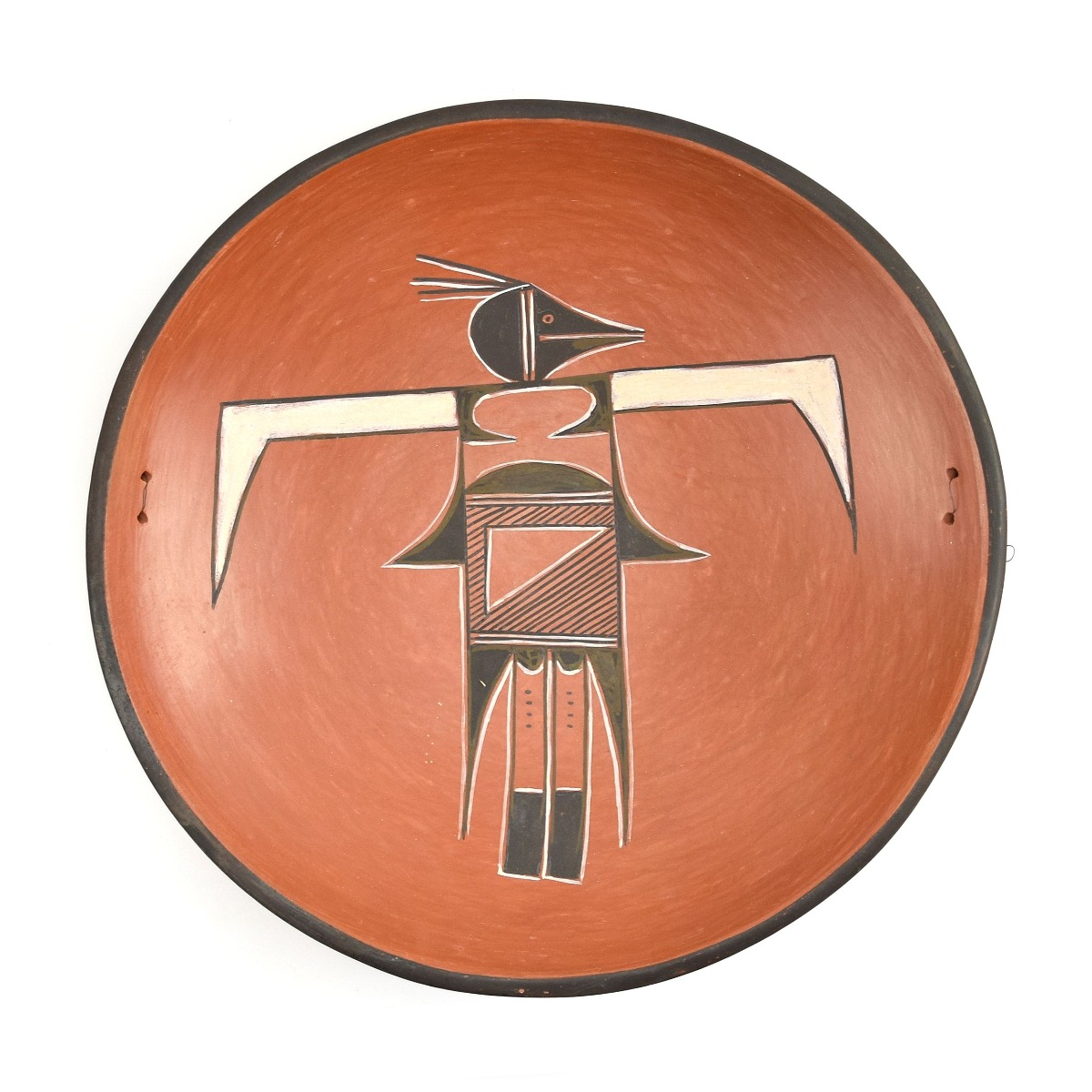