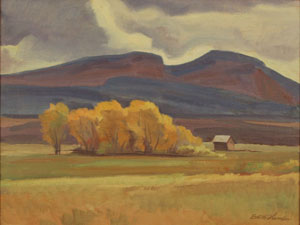 Edith Hamlin was born in Oakland, California where her first exposure to art was accompanying her father, Charles Hamlin, on sketching trips. She later studied art at the California School of Fine Arts, and then studied at the Teachers College at Columbia University in New York. 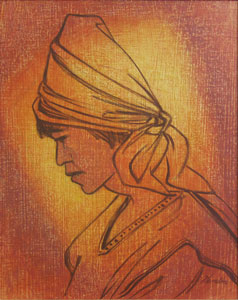 During the late 1920s, she kept a studio in San Diego. While returning to California from New York in 1932, she visited Taos, New Mexico, an experience which gave her a new perspective on western landscape, and would greatly influence her later work. Soon after, she established a studio in San Francisco and was one of 26 artists selected to decorate Coit Tower, and also did murals for Mission High School. 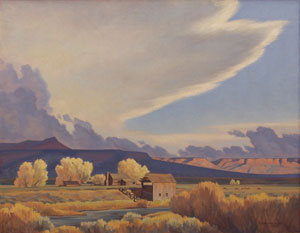 In 1937, Hamlin married Maynard Dixon, the most prominent painter of western themes of the time, and they moved to Tucson, Arizona together in 1939. Together, Dixon and Hamlin painted western scenes in Arizona and Utah until Dixon's death in 1946. After his death, Edith Hamlin returned to San Francisco, where she continued to paint landscapes and murals for the remainder of her life. 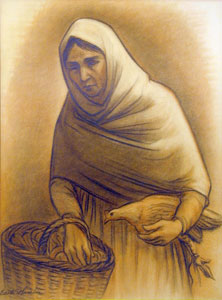 Edith Hamlin, Portrait of a Woman, Charcoal and Pastel on Paper, 23" x 17" 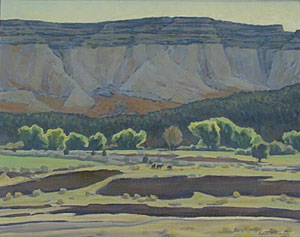 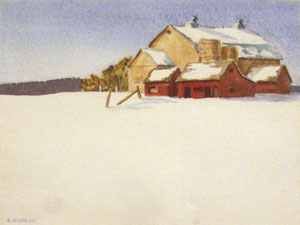