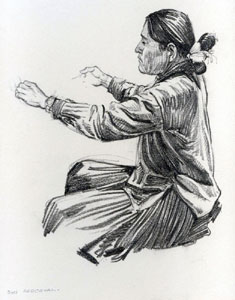 Don Louis Perceval was born to an artist mother in Woodford, Essex, England in 1908. He was raised in Los Angeles, where Don Perceval attended the Pasadena Military Academy and Chouinard Art Institute. By the age of 19 Don Perceval had begun taking sketching trips to the desert, reaching Arizona first in 1927 and becoming taken with the way of life of the Hopi and Navajo. 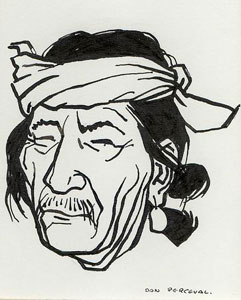 Don Perceval returned to England for a time, studying at the Royal Academy in London and becoming exposed to classical art for the first time. From there he went to Spain and then back to the American southwest on a commission to create advertisements for the Rio Grande Oil Company. During the Second World War, Don Perceval served with the Royal Navy on a patrol boat in the Thames Estuary and by creating a cartoon manual to teach gunnery to cadets. 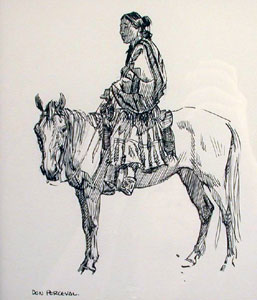 The end of the war meant a return to the States, and Don Percevall settled in California again, teaching at the Chouinard Art School and Pomona College. In the 1950s he traveled extensively in Arizona, living with Hopi tribes in 1952 and in Tucson from 1954 to 1959. Don Perceval's final years were in Santa Barbara, CA, where he died in 1979. 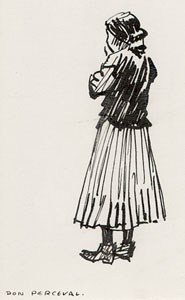