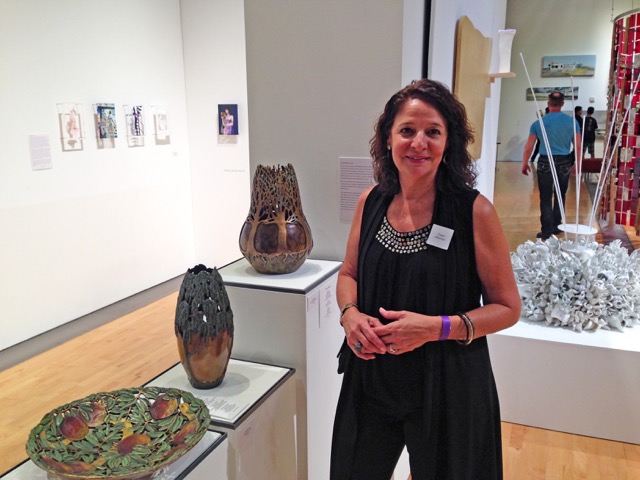 Carol Alleman was featured in the exhibit, Green and Gray, held at the Tempe Center for the Arts in Arizona from October 2015 through January 2016. The turnout for the opening was exceptional and the reception quite enthusiastic - an excellent show and exhibition space. The exhibit included 13 of Carol’s pieces - many retrospective of editions long ago sold out; inclusions of several original sculptures in clay form prior to casting; and poetry for each piece. Woodland Queens, while not shown within these images, was included as well and shown apart from the others. Carol’s poetry and inspirational quotes were included for each piece on exhibit. 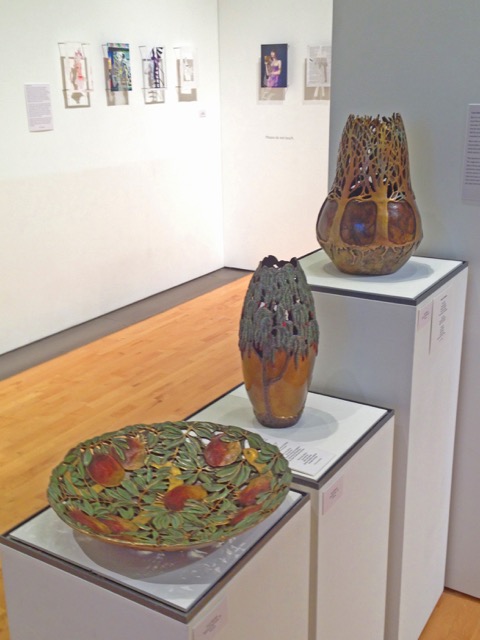 About the Green and Gray exhibit

Whether you are taking a walk in your neighborhood or hiking along a canyon trail, odds are good that you'll encounter examples of people adapting nature to meet their own needs and aesthetics -  such as a pristinely manicured lawn, complete with a plastic pink flamingo, at the foot of a desert mountain.  Or vice versa, you may discover examples of the natural world encroaching back into the human landscape, such as the clever coyotes that seem to be at home in our local suburbs.

Throughout human history people have lived with, adapted and/or struggled against nature to surve and thrive  Today, there are approximately 7 billion people in the world.  In the Phoenix-Metro area alone, there are nearly 3,000 people for every square mile (according to the 2014 report from the United States Census Bureau).  According to the United Nations Enviornment Program, in 2011 there were more than 8.7 million species living on Earth (give or take 1.3 million).

The numbers are  so overwhelming and abstract; it's not a surprise that most people live day by day without really thinking about "the big picture" of the Earth's biosphere.  But, artists tend to have a way of sifting through the politics, statistics and emotions to see the variety of connections between the natural and man-made environments. Some fo the connections in this exhibition have a moral story to tell, some are an exploration of the media and still others are an observation of the world and the human condition. They describe for us a world that is both green and gray at the same time. 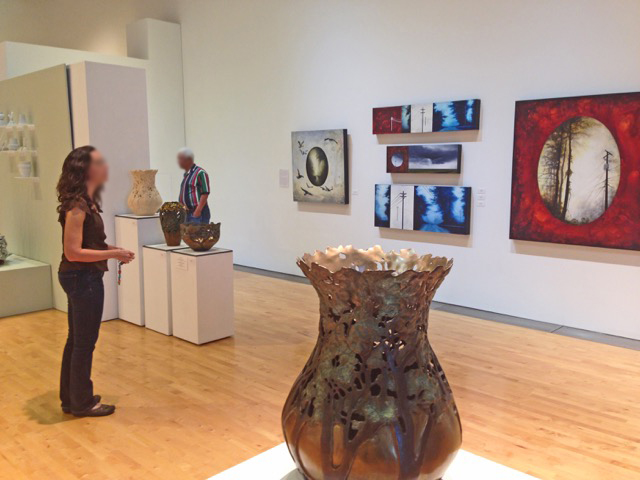