Carmelita Dunlap was born in 1925, and her mother died when she was eight years old. Her aunts, Maria Martinez and Desideria Sanchez raised her. Of course, this was where she learned to make pottery. In 1955 became known for her large vessels and complicated designs. Carmelita started with traditional San Ildefonso red and cream polychromes, then moved to black-on-black pottery and developed a firing technique that produced the sunrise brown color that has since become her family's specialty.
Many in Carmelita's family have gone on to become well-known potters that are active today, including children Martha Appleleaf, Carlos Dunlap, Cynthia Star Flower, and grandson Erik Fender. She won numerous awards throughout her career at events such as Santa Fe Indian Market and Gallup Ceremonials. Carmelita died in 2000. Her pottery can be found in museums across the country, including the NMAI and the Denver Art Museum. 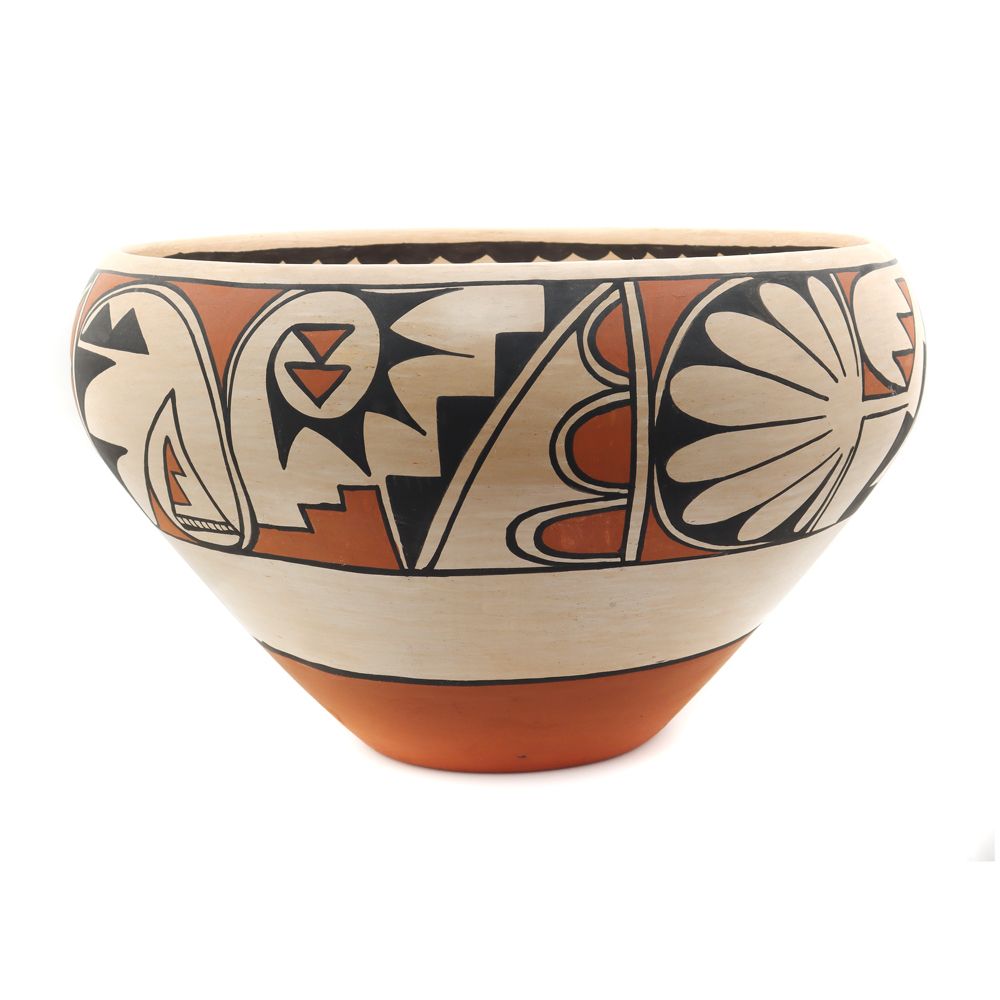