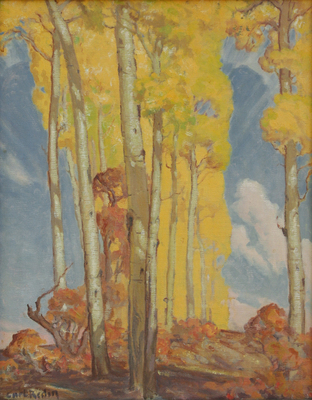 Carl Redin was born near Stockholm, Sweden June 15, 1892. He began to study art while he was still in Stockholm, however he immigrated to America in 1913 to find a better way to support his impoverished family. Initially he went to Chicago where he did varnishing and enameling for a building contractor. But he contracted tuberculosis and needed a drier climate for his health, so he moved to New Mexico in 1916.

Redin's artwork was somewhat influenced by the Modernist movement that was becoming more present in New Mexico's art communities. His painting reflected sophisticated brushwork and strong composition. He became known for his lively and colorful landscapes of the West. Redin preferred to live in Albuquerque, but painted in El Paso, Santa Fe and locations in Arizona and in Southern California. In 1929, Redin taught for a year at the University of New Mexico and then opened a studio in Lubbock, Texas where he taught a summer session at Texas Technological College. By the late 1930s when he moved to the Palomar Mountains in California, he was receiving national recognition for his work. He moved to Los Gatos in 1940 and died there in 1944. 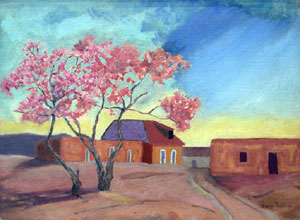 He exhibited at the Museum of Fine Arts in Santa Fe, the Broadmoor Art Academy in Colorado Springs, and the Macbeth Gallery in New York City. 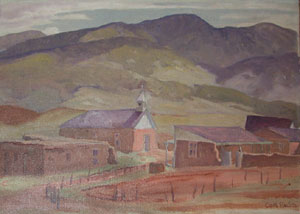