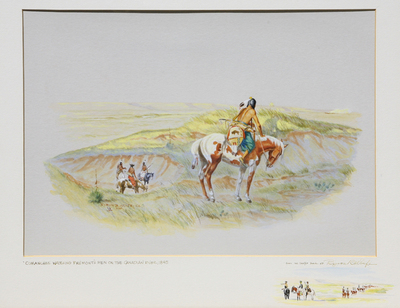 Byron Wolfe was a painter of cowboy and Indian action scenes in watercolor and oil.

Wolfe was born in Parsons, Kansas and worked on a ranch as a youth.  After studying art at the University of Kansas he worked for an engraving company and as a freelance illustrator.  Among his commissions were western scenes for the Goetz Brewing Company and for the American Royal Livestock and Horse Show.  He later took a job as art director for a Kansas City advertising agency. 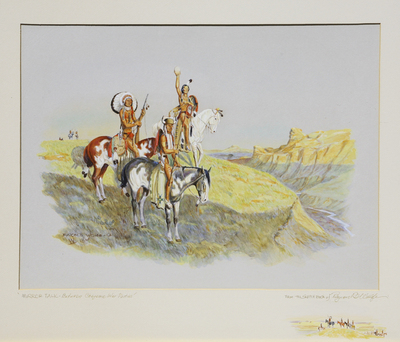 The Russell Gallery in Helena, Montana assisted Wolfe in selling his easel paintings, and by 1962 he was painting full time.  Old West cowboy and Indian scenes were his exclusive subjects.  Like many artists in the tradition of Russell and Remington, he was very concerned about accuracy and kept a studio full of cowboy gear and Native artifacts.  He joined the Cowboy Artists of America in 1966.