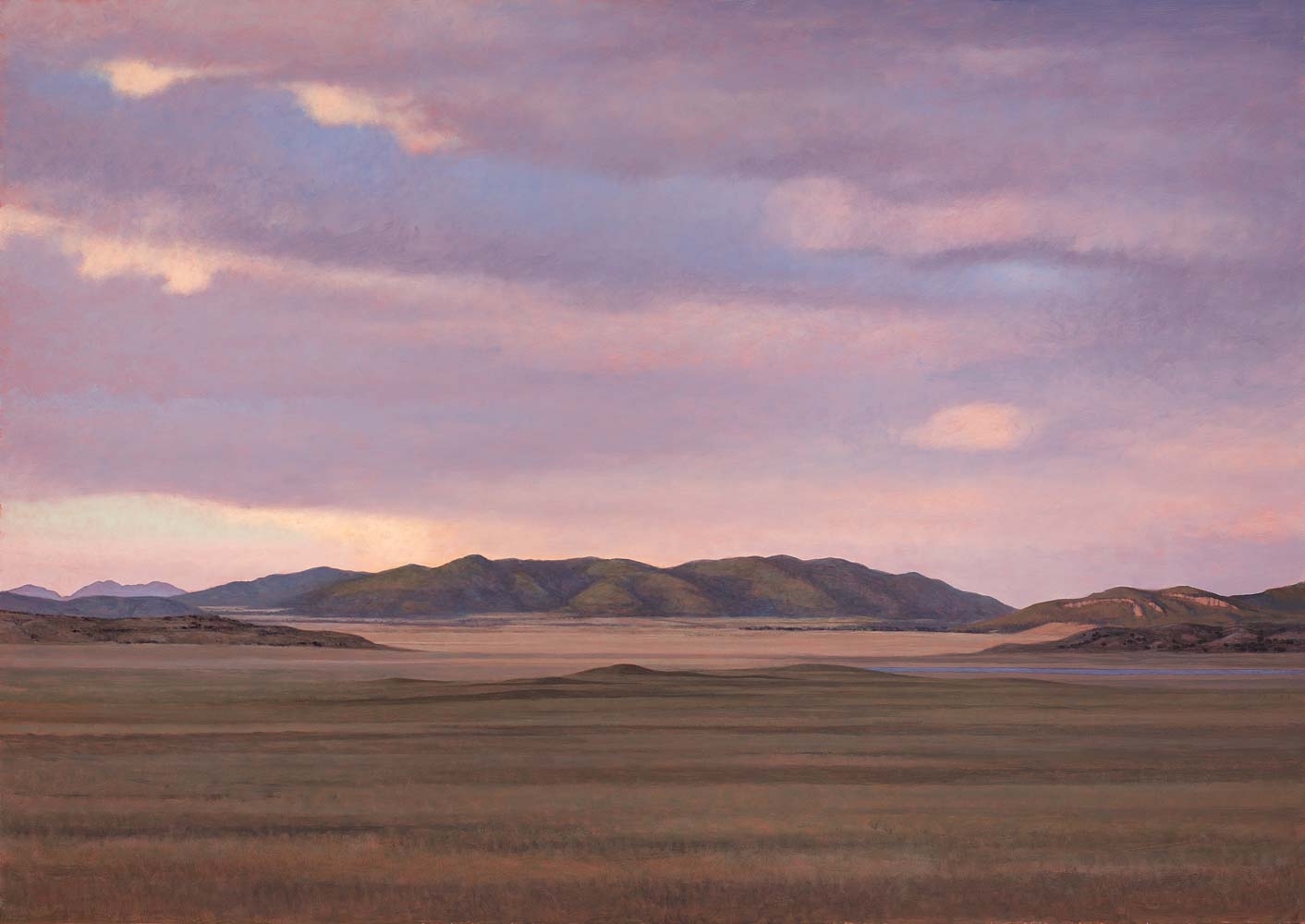 Missouri—based painter Jeff Aeling is -  fond of a story that was told during a conversation between mythologist Joseph Campbell and journalist Bill Moyers in the famous 1988 PBS documentary The Power of Myth. The story goes that a group of indigenous people, who were constantly surrounded on all sides by dense jungle vegetation, were taken out of the jungle and into a vast desert.

“They freaked out. They had never experienced vastness on that scale,” Aeling says. “When you’re connected to nature in that way, being in a vista of that size can feel alienating. And for me, it can also be more contemplative, more of an internal experience.” 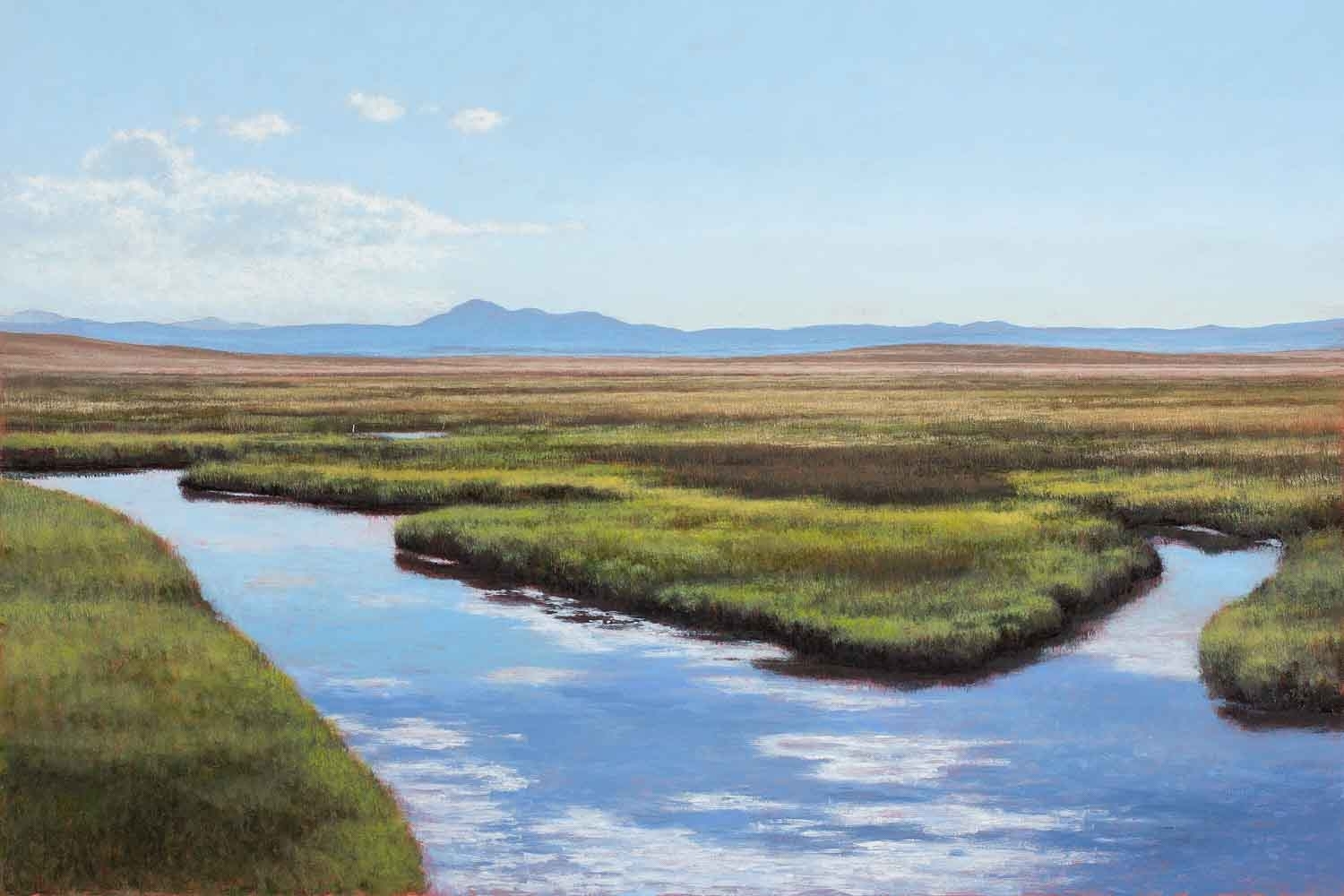 Aeling will be bringing new landscapes, many of them of vast open plains and expansive skies, to Mark Sublette Medicine Man Gallery in Tucson, Arizona, on December 7. The show, Southwest Skies, will feature around 20 works, many of them originating in Colorado, where the St. Louis—based artist grew up and went to high school. “My brother and my best friend live there so l try to go to Denver twice a year and usually go into the mountains. For a number of years I would follow the I-25 down into New Mexico as the plains followed the Rockies south,” the artist says. “Lately, though, I’ve been more interested in Colorado, including the South Park area, which is where the South Park TV show is set. There lsn’t a town there really, just this amazing plain up there that is as wide as 40 miles in some places. Up there near the mountains you feel the sensation of how big things are and how small you are in comparison.” 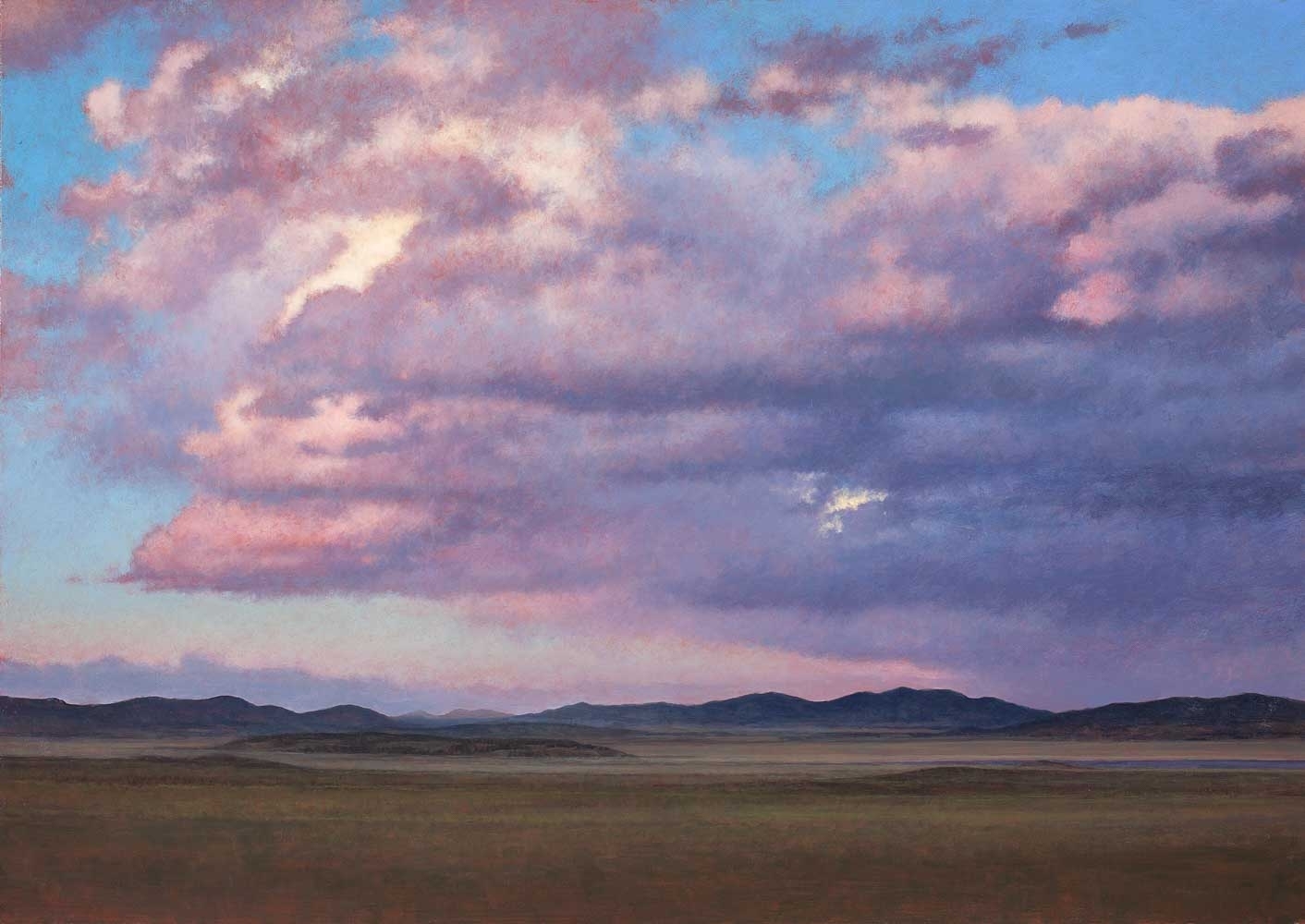 New pieces in the show include Smoke Plume, W of Cotopaxi, CO and Evening S.  Park, CO, both of which show the vastness that attracts Aeling to the area. Nineteenth-century landscape painters—artists such as Frederic Church, Albert Bierstadt and Thomas Moran—would often exaggerate the beauty of the scenes they painted, adding geographic features that were taller or more colorful, or composing their scenes in more dramatic ways. For Aeling, he paints what he sees, and that simplicity in design makes for an emotionally truthful work.

"I don't feel like you have to add anything to my work. In fact I'm more inclined to subtract things, because I like that minimal aesthetic,” he says. ”l want to stick to  what I consider to be the barest of elements, that austere spare feeling, especially as I find connections with the very large and the very small.”