Since 1992, Medicine Man Gallery in Tucson, Arizona, has provided discerning collectors with the finest examples of antique and contemporary Native American art and fine Western art. The gallery specializes in the lifework of western artist Maynard Dixon (1875-1946), the Taos and Santa Fe artists colonies,  and paintings and sculptures by renowned contemporary southwestern artists. We also carry an eclectic selection of fine modern Western art.

We are always looking to purchase fine art, antique Indian art, and vintage Native American Jewelry. If you have artwork you would like to sell please use our secure online form Sell Your Art. We purchase individual pieces and entire collections. 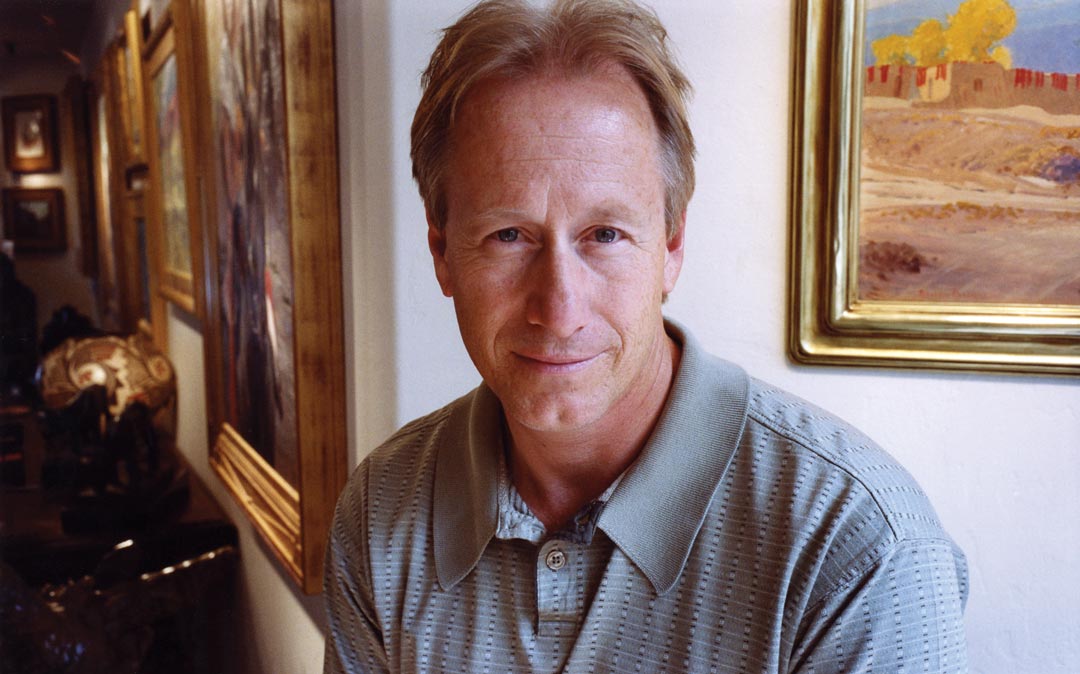 Dr. Mark Sublette is a former Naval physician and the founder (1992) of Medicine Man Gallery, based in Tucson, Arizona. He is a sought-after speaker on Western and Native art, the author of numerous catalogs in the field and is an authority on the artwork of Maynard Dixon. Sublette is a contributor to Western Art Collector magazine, Native American Art magazine and Canyon Road Arts. His latest book, Maynard Dixon's American West, is a seminal work on the artist's life, writings, and artwork.

Medicine Man Gallery houses some of the finest Native American, Early American and Western paintings. Mark has made the life work of western illustrator and artist Maynard Dixon a specialty. A museum housed inside the gallery is dedicated to the artist, with hundreds of original works and artifacts. Mark also handles works of the Taos Society of Artists, along with contemporary fine art & sculpture, representing over 30 well-known contemporary artists and sculptors.  The art ranges from the ethereal realism of Peter Nisbet paintings to the cubist works of Ed Mell to the western paintings by Cowboy Artists of America John Moyers and sculpture by Fred Fellows.  Native Artists Mateo Romero and Shonto Begay are also represented.
Mark’s involvement in the arts is all-encompassing. He buys, sells, researches, educates, and has established a foundation for the arts. A constant student of the many areas he delves into, he is happy to pass along the knowledge; the delight in sharing his passion is evident as he speaks. The Medicine Man Gallery YouTube channel has millions of views and has been a weekly educational show for over 12 years, focusing primarily on Western and Native art. MedicineManGallery.com has become not only a place to purchase art but an important source for educational videos, hallmark identification of Native Arts and artist information.
The Art Dealer Diaries Podcast is in its fifth year and features over 200 interviews with unique individuals who curate, collect, create, write, sell, and deal in Western and Native art. Sublette is also the author of the Charles Bloom Murder Mystery series.  Books in this series include Paint by Numbers, Kayenta Crossing, Hidden Canyon, Stone Men, The Butterfly Twins, Indian School Days, Guardian of the Cornfields and The Candy Man. Between the White Lines is Mark Sublette's stand-alone murder mystery focused around golf and a Thomas Moran painting. The photography featured in his novels is his other love, which he shares on his website at www.marksublette.com.

Features About or Written By Mark Sublette 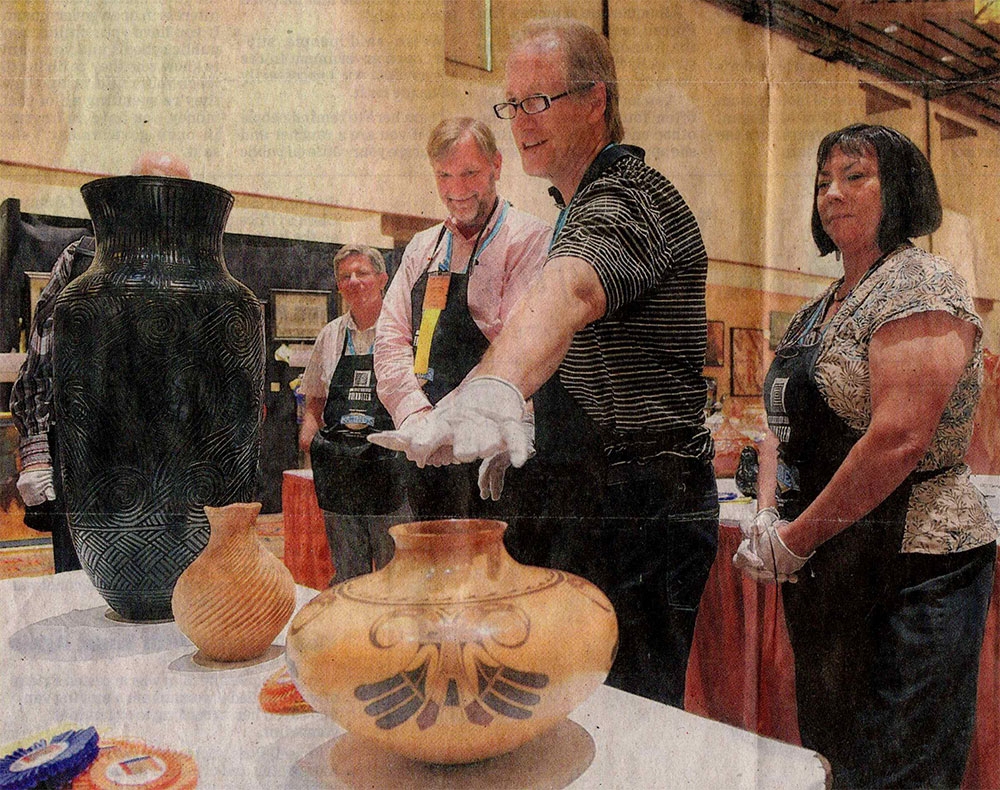 Mark Sublette shown with his hand out above a pot. Photography by Eddie Moore. Published courtesy Metro and NM Albuquerque Journal, August 22, 2009