“Old Blue was known from the Pecos to the Arkansas, in Colorado as well as in Texas. He knew the trail to Dodge City better than hundreds of cowboys who galloped up Front Street. Old Blue was so tame that he was fitted with a leather neck strap and a shiny brass bell. The steers soon learned to follow the sound of Blue’s bell. A little strap was attached to quiet the bell clabber at night.”

Dobie states that when it was time to travel, Blue would nose his way to one of the Point Men to have the clapper loosened. “He would give a toss of head, and a switch of his tail, and head north.”

According to biographer Evetts Haley, the legendary Charles Goodnight “didn’t give a hoot for his own legacy but he wanted everyone to know of the feats of his remarkable lead steer, Old Blue.” 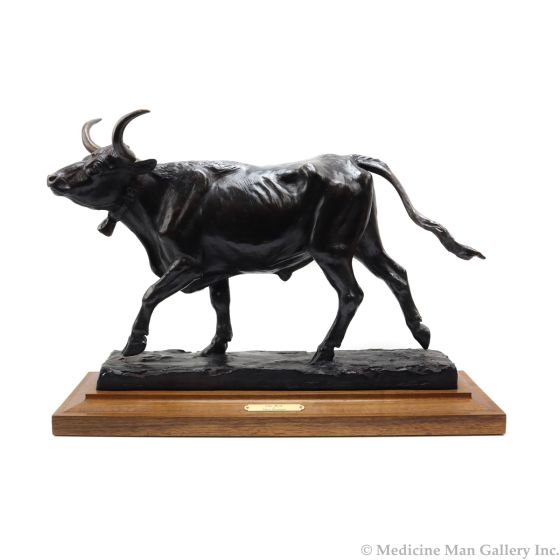