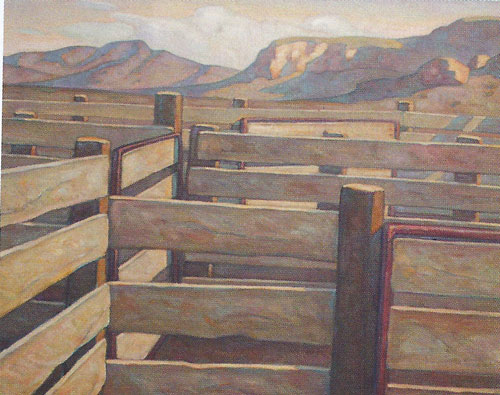 Continuing its success as the newest art event in the region, the distinctive Western art exhibition at the Phoenix Art Museum united 33 of the country's top artists for The West Select.  Presented by the museum's Men's Art Council, the show took an expansive look at the American West and grossed more than half-a-million dollars, with a portion of the proceeds benefiting the museum.

Honoring leading artists in the West, thsi year the Western Art Associates' Kieckhefer Award for best in show went to Dean Mitchell for his painting Pima Relic.  The award for top two paintings went to Bill Schenck for The Water Gatherers and to Howard Post for Rolf's Place.  In the sculpture category, Richard Loffler's Come Get Some, and Trickster Transformation, by Steve Kestrel, were both honored.  For "Work on Paper," Fenceline and Ridges, Painted Desert, Arizona, 2011, by Jay Dusard, and Pima Relic, by Dean Mitchell, were recognized.  Additionally, Dean Mitchell's painting, Pima Relic, was purchased by the museum's Western Art Associates and will be added to the museum's permanent collection.