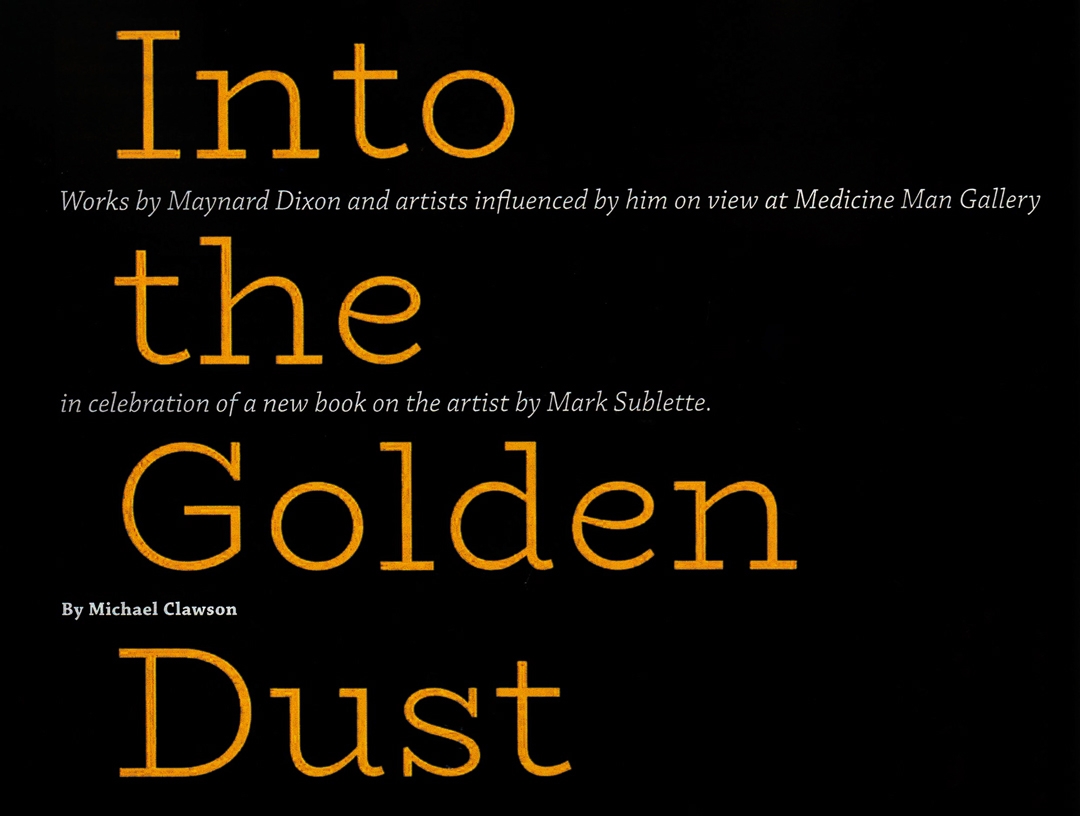 Visitors to the Southwest are often struck by the vastness of the desert. And the stillness. Time seems to slow down, and sound feels denser, muffled by the heat and the sage. In the summer, even the critters retreat to the earth, as if absorbed back into the sand from whence they came. The quietness allows the mind to wander, sometimes deep into introspection. Many artists experience feelings of insignificance within the majesty of the desert, though maybe none as much as Maynard Dixon, who turned to paint and also poetry to summon what he was seeing and feeling:

Now I go out alone to ride the free hills,

bare—breasted and stark these hills that make no concealment

where no woman is with me—no woman shall ever be’

where stern and alone I face the thing that I am;

and knowing my fear, shall be not afraid of that fear.

Now I put out my hand, touching the sky of evening...

reaching, reaching between the stars, and it seems

there could be no time at which I did not exist

and no time ever at which I shall cease to be -

while here alone in my manhood—self I am. 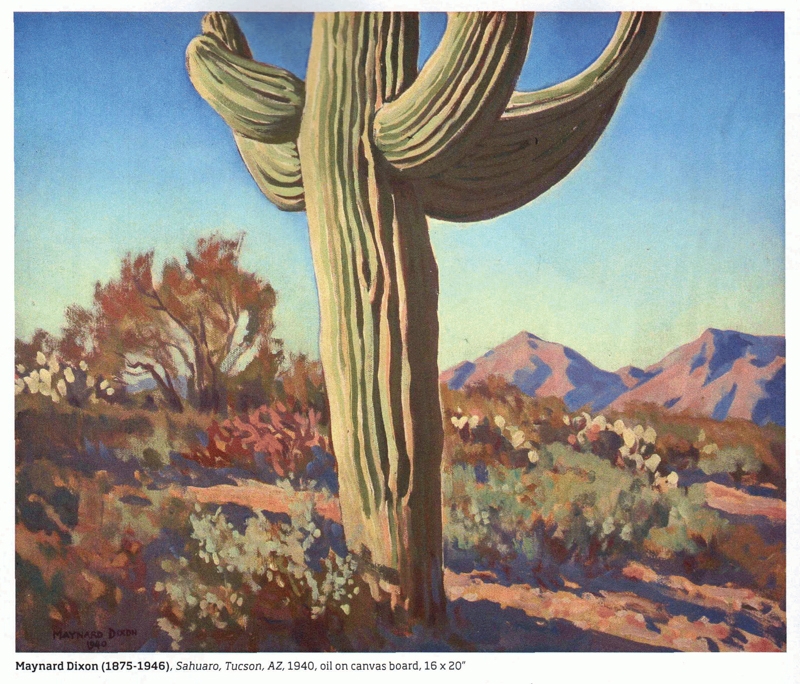 Dixon, the grand deacon of the desert—the cloud-filled sky his cathedral, the towering rocks his high priests, the sunlight his sacrament—found great solace in the West, which he manifested through artworks that still today evoke the calmness and reverence of the magnificent places he painted and called home.

In celebration of Dixon and his far reach throughout western art, Mark Sublette Medicine Man Gallery in Tucson, Arizona, will be presenting a major group exhibition, Maynard Dixon's American West: Along the Distant Mesa, which will feature works by Dixon as well as works from artists who have been deeply influenced by him. The show, which opens March 8 and runs through April 30, will feature work by contemporary artists such as Ed Mell, G. Russell Case, Gary Ernest Smith, Dennis Ziemienski, Brett Allen Johnson, Josh Elliott, Billy Schenck, Roseta Santiago, Teal Blake and many others. The exhibition will coincide with a major new book on Dixon, Along the Distant Mesa by gallery owner Mark Sublette, coming out in early March.

“I’ve been trying to get a book together for a zillion years on Maynard Dixon—well, maybe 20 years—and now that it's done what better way to celebrate his work than with a show full of all the top contemporary painters who were inspired by Dixon and his work,” Sublette says, adding that ‘the book is more than 500 pages with more than 450 illustrations. “It’s a major manuscript, certainly the largest book on Dixon that's ever been printed, so I'm excited to see it all come together.”

Not only has Sublette collected his work and become a major dealer in Dixon paintings, drawings and ephemera—Dixon even lived in Tucson from 1940 to 1946—but the gallery owner finds the artist a fascinating subject, on par with other Western masters such as Charles M. Russell, Frederic Remington and Thomas Moran. “He’s so interesting because he lived through so many fascinating eras, real ups and downs he had to work through. He was born while all the Indian wars were still going on, just a year before Custer and the Battle of the Little Bighorn. He lived through the great 1906 earthquake [in San Francisco], both world wars, the atomic age... He also got to see modern art flourish. He saw so much.”

Born in 1875 in Fresno, California—“He’s actually born in the West, unlike Russell, Remington or [Charles] Schreyvogel, which gives him a singularity in the West,” Sublette adds—Dixon took to art an early age. At just 16 years old he sent some drawings off to Remington, then in the prime of his career, for some tips. Remington replied back: “I have quite enjoyed your sketches...[T]he only advice I could give you is to never take anyone’s advice...[I]f you imitate any other man ever so little you are ‘gone’...Study good pictures... read books and good literature...[A]bove all draw—draw—draw—and always from nature.” Just two years later he was doing illustrations for Overland Monthly. At just 18 years old, he was fast on his way. 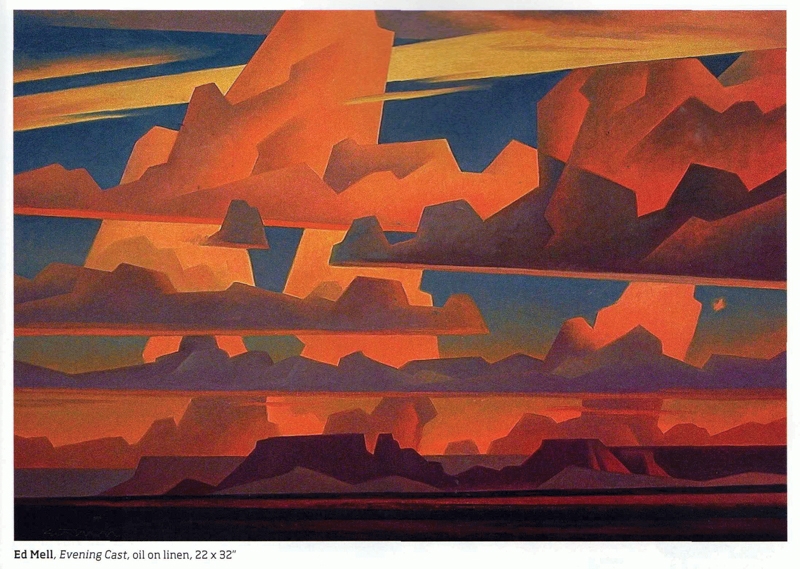 From then on Dixon was a force to be reckoned with: early in his career he was the top Western illustrator working, he and Ed Borein rode through the Sierra Nevadas and worked ranches in Oregon, he took important commissions from the Santa Fe Railway, befriended Native Americans in the Southwest and in Montana, was married three times (twice to artists: Dorothea Lange and Edith Hamlin) and his work would come to define the places he painted, namely Arizona, Utah and Montana. Today his work is treasured by collectors and envied by artists, and his influence can be seen everywhere.

Mell, the Phoenix modernist whose abstracted and geometric landscapes have, like Dixon, come to define Arizona, says that the artist has always been influential in his studio. ”My Southwest influences have run the gamut from Arizona Highways magazine to Raymond Jonson with Maynard Dixon strongly placed in the middle. My first works, modern and minimal landscapes, slowly evolved into paintings with more information. After enjoying playing with color and form without the  restrictions of minimalism I found Maynard's work in a 1945 Arizona Highways. I realized my new-found vision was not all my own and felt a need to go my separate way,” Mell says. ”I still, to this day, feel at times my work crisscrosses over his territory somewhere between my version of realism and abstraction and I get a certain comfort out of that.” 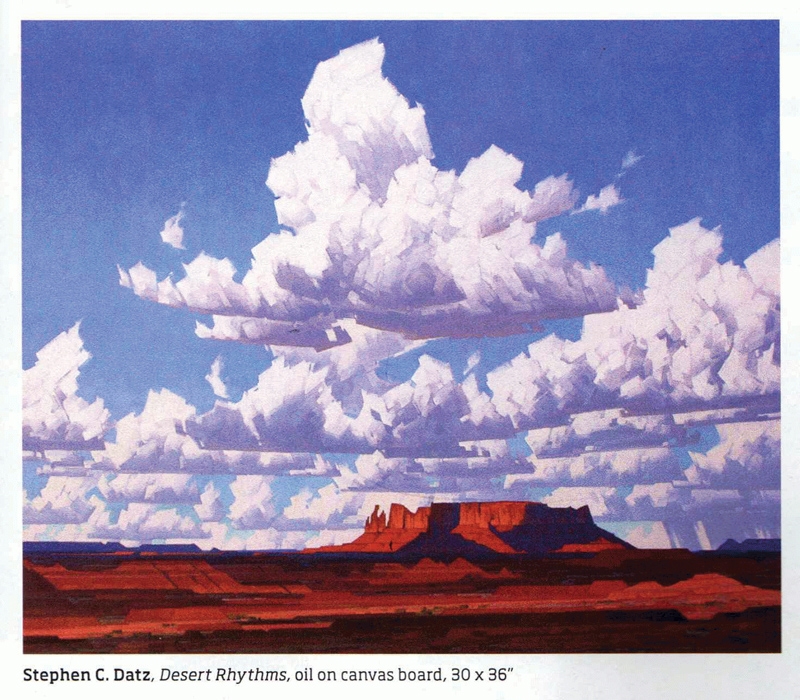 Dixon died in 1946, long before Mell was painting the West, but he did get to interact with Hamlin, his last wife, in the 1980s. "There was a Dixon show in town and she had heard I took helicopter rides with NBC helicopter pilot Jerry Foster, so I arranged for her and John, Maynard's son with Dorothea Lange, to go up with us. She, obviously, was a painter too, so we had lots to talk about, including Maynard,” Mell says. “At one point we landed on a beach on the Salt River, and she got out and talked about all she had learned from him and how they would go to Utah to paint together. It was a fun trip, and later she gave Jerry and I Dixon drawings as a thank you. Mine was on the back of a big Dorothea Lange business card."

Josh Elliott, who will also be showing landscape works in the Tucson show, has used Dixon as a point of reference for many of his ideas about art. “In 1917 Maynard Dixon wrote about Glacier National Park: ‘I did not think too much of the mountains...’ I was a bit disappointed when I read this. How could an artist I admired and respected say such a thing about a place that resonates so deeply with me? While on a trail, following in his footsteps trying to find a mountain he had painted in Glacier it hit me- he is a man of the desert,” Elliott says. “On his trip to Glacier in 1917 he painted Red Eagle Mountain from Red Eagle Lake, 101 years later

I hiked the eight miles to the lake to find his vantage point and to paint a study of the mountain myself. In 2006 a fire burned much of the forest leading to the lake, but when Maynard was there it would have been a dense forest, which I can see would be claustrophobic to someone used to wide and distant vistas of the desert southwest and it may have influenced how he saw the mountains. Even with that revelation, I wondered how he could not fall in love with the mountains of Glacier with their jewel-like colors and their dynamic and elegant shapes, something Dixon sought out and captured so well. With that thought, I came to realize that all great artists have their own favorite subjects and that is what defines their vision and Dixon was a visionary and definitely his own man. He has inspired me to follow my vision and showed me that the West is romantic enough as is and does not need to be embellished to the point of sentimentality.” Along the Distant Mesa will feature two works by Elliott, both interpretations of Dixon works, including Home of the Blackfeet, a 1938 painting that currently hangs at the National Cowboy & Western Heritage Museum in Oklahoma. 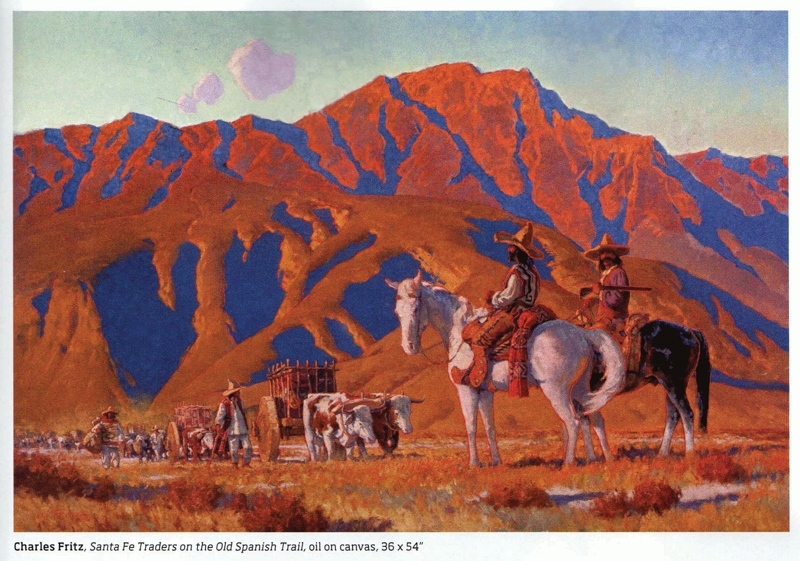 Utah-based G. Russell Case, is also drawn to Dixon's lack of sentimentality in the desert. “Dixon was clearly captivated by the abstract designs he found in the West. He was a brilliant editor in the field and whether on-site or in the studio, knew how to avoid the sloshy cliché that flows with much of the Western monotony. In my opinion Dixon was nearly always successful at leaving the sentimental behind for the power of the shapes. Finding the commonplace, the almost mundane, to be as beautiful as the monumental dramatic image in which the West was famous for. I think of him as the Hopper of the West,” Case says. “Dixon gave us his honest direct recordings of subjects. His fieldwork, usually the 12-by-16 and 16-by-20-inch [works] show this the best These are some of my favorite paintings... In these smaller works he goes after the simple statement using a one-time-and-out approach, as to save every brush touch and subtle value change in the first attempt. Saving the spontaneity trail void of formulaic systems.”

For Sublette, Dixon is a perfect storm of talent, a storm that crashed against the American West at the perfect time and place. “He had stunning draftsmanship, impeccable compositions, he had a great sense of color. And with Native Americans, he appreciated their ways and captured them honestly from life, always the truth and never embellishing,” he says. “Maynard Dixon was the full package. He just had this innate ability to create. It was his gift.” 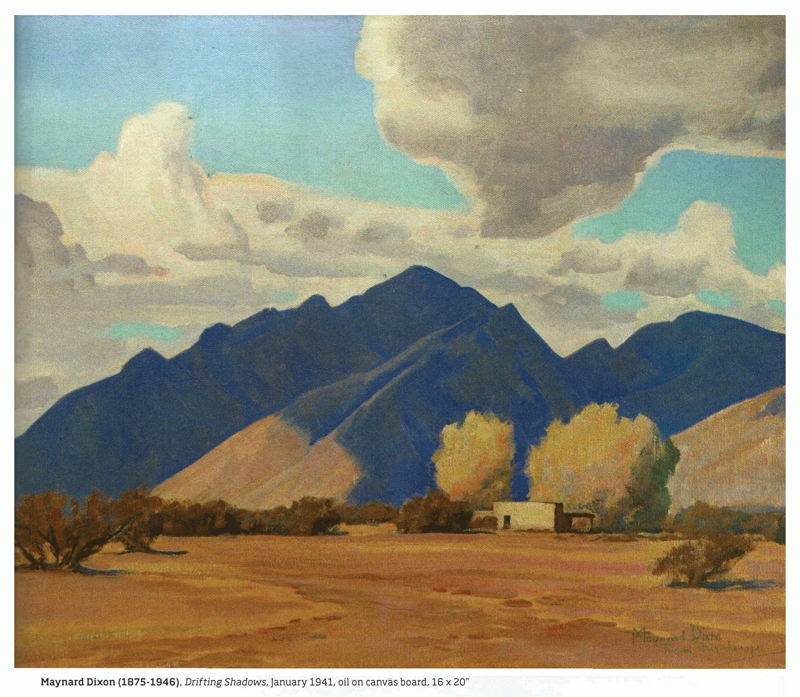 All these things are true, but for Dixon it all came down to the desert, the place that not just held his attention but guarded his soul. In a poem titled At Last, he plants his legacy in the place he called home.

I shall give myself to the desert again,

that I, in it’s golden dust,

may be blown from a barren peak,

If you should desire some news from me, go ask the little horned toad whose home is the dust,

or seek it among the fragrant sage,

or question the mountain juniper,

and by their silence,

they will truly inform you.